Egyptian President Abdel Fattah al-Sisi has been re-elected for a second term as President. The former General won approximately 97% of the vote. However, observers..

Egyptian President Abdel Fattah al-Sisi has been re-elected for a second term as President. The former General won approximately 97% of the vote. However, observers noted that opposition was severely supressed and voter turnout was only 41%.

Abdel Fattah el-Sisi was born in 1954, and graduated from an Egyptian military school in 1977. At one point, he was the youngest ever member of Egypt’s Supreme Council of the Armed Forces. He studied at the UK Joint Services Command and Staff College, and well as the US Army War College in Pennsylvania.

The Egyptian revolution beginning in January 2011 was a part of the wider Arab Spring, widespread protests for democracy. The uprising resulted in the overthrow of the government and Hosni Mubarak’s arrest. Abdel Fattah el-Sisi was a member of the Supreme Council of the Armed Forces (SCADF), which took over governance of the country after the ouster of Mubarak. Sisi resigned from the military in 2014, and won the presidential elections the same year, with 96.9% of the vote.

In 2014, Sisi’s campaigned on the slogan “Long Live Egypt”, and called himself “guardian of the people’s will”. Under Sisi, the country also launched economic reforms, which the International Monetary Fund commended. The reforms aimed at “restoring the economic stability of Egypt and paving the way for higher long-term growth.” However, it has been noted that these reforms were detrimental to the country’s poor. Inflation stood at approximately 30% through 2017. Analysts have stated that poor planning and cronyism has prevented the Egyptian economy from recovering.

Sisi has also been vocal in his mission against insurgency in the country, and the Muslim Brotherhood. He has been criticized for human rights violations during his rule, including violence against civilians, and supressing political opposition. In February this year, Sisi launched a military campaign against “terrorists and criminal elements” in the Sinai Peninsula, a turbulent region near Egypt’s border with Israel. 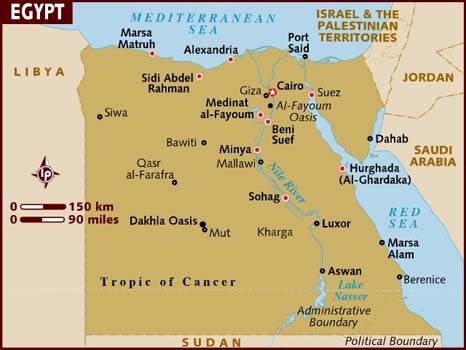 On Monday, Abdel Fattah al-Sisi was re-elected as President of Egypt. Sisi won approximately 97% of the vote. While the President won a similar proportion of the vote in the 2014 elections, voter turnout was much lower, at 41%. Turnout in 2014 was 47%.  Sisi won 21.8 million votes, while the other contender, Mousa Mostafa Mousa, won 656,534. According to media reports, 7.27% of the ballots were spoilt.

Mousa is the leader of the El-Ghad Party. Mousa’s party had issued support for Sisi’s win days before Mousa announced that he was running. All other candidates in the election had been prosecuted, jailed, or had withdrawn from the race. "It's pretty obvious to observers and Egyptians alike that Mousa is a mere puppet in the election,” an anonymous analyst told Al Jazeera. “He heads a party that has backed Sisi in the election, so it is clear that his candidacy is for the sake of creating an image of credibility for the vote.” Others agreed that Mousa’s bid for presidency was only to add to the “theatrical environment” of the elections.

The Egyptian election commission stated that the election was of the “highest international standards of integrity and transparency”. However Sarah Yerkes from Carnegie Endowment for International Peace, told Al Jazeera that “no one believes” that Sisi is democratic.  “Rather, many Egyptians are happy to sacrifice democracy if it means greater economic performance, stability, and security," she said. “The problem with that argument is that Egypt's economy and security situation have both deteriorated under Sisi's authoritarian rule - not improved."

James Gelvin, professor of Modern Middle East History at the University of California, Los Angeles, told Al Jazeera that problems such as unemployment, income inequality, and plutocratic rule may worsen under Sisi. "In a world in which neoliberal economic policies are the sole prescription for national economies in crisis, there is only further pain in store for Egyptians," he said.

US President Donald Trump reportedly congratulated Sisi on his win, however the State Department released a more critical statement, noting “reports of constraints on freedoms of expression and association in the run-up to the elections.” “We will continue to encourage a broadening of opportunities for political participation for Egyptians, and emphasize the importance of the protection of human rights,” it said.

Our assessment is that the recent Egyptian elections with a 41.5% turnout may not embody the true spirit of democracy. President Sisi has been criticized for being an authoritarian leader. Constitutionally, Egyptian Presidents are only allowed to serve two four year terms. However, there has been some speculation about whether Sisi will attempt to extend this term. We believe that the success of Sisi’s second term as President will be measured in his ability to provide opportunities for the fragile opposition to make their voiced heard and, importantly, secure the Egyptian economy.