Shifting Gears in the Gig Economy

The historic ruling by the British Supreme Court, which affirms the employment rights of Uber drivers, can have a ripple effect in the international domain.

In a landmark judgment delivered by the UK Supreme Court, a group of Uber drivers have been finally recognised as ‘workers’ under the Employment Rights Act of 1996. By entitling them to benefits like the national minimum wage, holiday pay, and company pension, the apex court has ended a five-year-long tussle over their legal status.

Although the current verdict only applies to the 25 drivers who have filed the lawsuit, it portends far-reaching implications for the gig economy model in the UK and around the world. After all, conferring full employment rights on this category of workers flies in the face of self-employment frameworks and app-based contracts that the gig economy thrives upon.

In 2016, James Farrar and Yaseen Aslam, who were both drivers with Uber Technologies, had taken the company to court on behalf of 23 other drivers, by contesting their self-employed status. Their plea was that they were to be treated as employees for the purposes of the Employment Rights Act 1996, the National Minimum Wage Act 1998, and the Working Time Regulations 1998.

Disputing this, Uber had argued that it is only an ‘intermediary booking agent, connecting drivers to potential customers. It earned its revenues not by transporting passengers but by charging fees from the drivers, who were classified as independent, third-party contractors.

To bolster this claim further, the company referred to its ‘Services Agreement’, which had offered to provide only technical support to the concerned drivers. As regards the actual act of transportation, the relevant contract had always been restricted to the drivers and their passengers.

Rejecting these arguments, however, the Employment Tribunal found that the drivers were operating as Uber workers whenever they switched on the relevant app and accepted assignments. This decision was upheld by the Employment Appeal Tribunal as well as the Court of Appeal. Interestingly, the latter body specifically alluded to “the high degree of fiction” in the wording of Uber’s contractual documents. Meanwhile, the tech behemoth continued to appeal this ruling until it reached the highest court of the land.

In a unanimous verdict by six justices of the UK Supreme court, it has now been held that Uber drivers are entitled to basic workers' rights. They are considered to be 'on the job' when they are logged in to the Uber app on their territory, and are ready and willing to accept passenger rides. As observed by the court, legislations like the National Minimum Wage Act are manifestly enacted to protect those who need it, and not just those who are designated by their employer as such.

The court has wholly rejected the contractual arguments pertaining to the self-employed status of Uber drivers. It has taken note of the fact that cab services are, in fact, tightly defined and controlled by the company. For instance, Uber not only sets fares and contract terms for its drivers but also penalises those who reject or cancel their rides. It further relies on a passenger ratings system to control drivers, who have to work for longer hours and meet Uber’s performance parameters in order to boost their earnings.

There is little opportunity for drivers to apply their own entrepreneurial skills, something that is generally commensurate with self-employed ventures. Finally, Uber restricts communications between drivers and passengers, effectively hindering the formation of independent commercial relationships outside the individual rides.

Irrespective of the stipulated contractual terms, therefore, the Supreme Court has chosen to infer the nature of the relationship between Uber and its drivers on the basis of their actual conduct.

This groundbreaking judgment will have profound implications for all those who work in the gig economy. There are multiple companies in the UK alone, which rely on similar contracts to assert the ‘independent entrepreneurial’ status of their workers. In a significant setback to them, the court has now clarified that the starting point in employment disputes will not be the contract. Rather, it will be based on the factual relationship between two working entities. 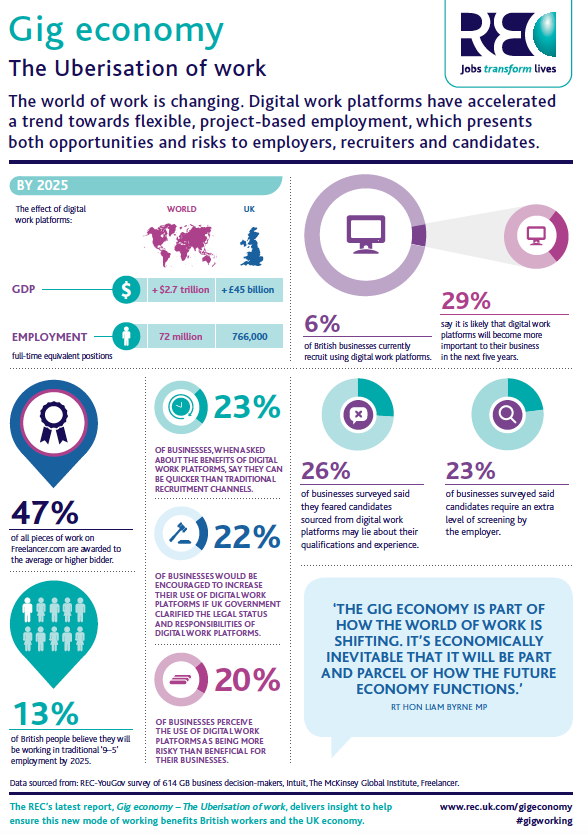 This precedent undoubtedly impacts the business models of several platform companies. It opens them up to lawsuits regarding the employment status of gig economy workers. If they lose, tech companies will have to accommodate the extra expenses associated with labour compliances. The worry, however, is that such cost burdens maybe eventually transferred onto the end-consumer.

It is not uncommon for national courts to rely on foreign jurisprudence if the same is based on deliberative reasoning. This judgment is likely to inspire similar class-action suits across the world. As it is, jurisdictions like the EU, Germany, Italy, Spain, South Africa and the U.S. are contemplating the rights of app-based service providers.

In India, such companies are already under government scrutiny. There is a regulatory framework that seeks to ensure customer safety and formalisation of gig workers in vehicle aggregators and ride-hailing apps. Only recently, Finance Minister Nirmala Sitharaman had also extended social security benefits to workers in the gig sector in her annual budget speech.

The Union Government is further investigating the differential treatment of workers by big tech companies in India and abroad. Finally, there are pending disputes in Indian courts, wherein driver-partners have accused companies like Uber and Ola of exploiting them and denying basic benefits, such as accident compensation.

At the end of the day, the viability of platform companies will be predicated on the value they offer to both consumers as well as service providers.