OPEC’s Secretary General Mohammed Barkindo has called on U.S. shale oil producers to help support plans to curb global oil supply. He said that OPEC nations would have to..

He said that OPEC nations would have to resort to extraordinary measures to rebalance the market in 2018.

Organization of the Petroleum Exporting Countries (OPEC) is group comprised of 14 oil producing nations. It was founded in 1960. At the time, it only had five member states – Iran, Iraq, Kuwait, Saudi Arabia and Venezuela. It was established in Iraq and has been headquartered in Vienna since 1966.  The current members of OPEC are - Algeria, Angola, Ecuador, Equatorial Guinea, Gabon, Iran, Iraq, Kuwait, Libya, Nigeria, Qatar, Saudi Arabia, United Arab Emirates, and Venezuela. Indonesia used to be a member but it suspended its OPEC membership in December 2016.

The OPEC nations are some of the most influential oil producers in the world. Saudi Arabia is the de-facto leader of the group. OPEC accounts for 44% of global oil production. Additionally, 73% of the world’s proven oil reserves are found in OPEC nations. OPEC nations for many years had the power to influence oil prices.

From 2010 until mid-2014, world oil prices were around $110 a barrel. However, price of oil has fallen significantly in the recent years. It is now around $50. To address the sluggish prices, OPEC nations came to an agreement in November 2016 to cap their output until the oil glut was reduced.  In May 2017, they agreed to extend that deal by nine months. This isn’t the first time oil prices have been severely hit due to a glut. Prices of oil fell in the 80s due to falling demand. It resulted in a six-year decline in the price of oil.

Oil shale is an organic-rich fine-grained sedimentary rock containing kerogen from which liquid hydrocarbons called shale oil are produced. It is a substitute for conventional crude oil. Major deposits of shale oil can be found in the US.  The increase in US shale oil production has affected OPEC’s efforts to balance the market and prop up oil prices. The production of natural gas from shale formations has definitely given the United States a new global footing as well as self-reliance. 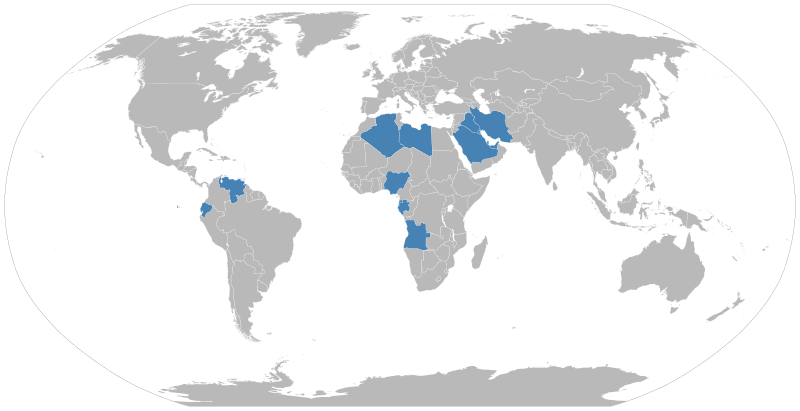 In July 2017, the OPEC nations met once more to discuss plans on whether they should further cap oil output by 1.8 million bpd beyond March 2018. The meeting was held in Russia and was attended by non OPEC oil producing countries as well. During this meeting, Saudi Arabia, announced that it will limit its oil exports to 6.6 million bpd (barrels per day). This is a million bpd lesser than the previous year.

More recently, Saudi Arabia has announced that it had further cut crude oil allocations for November by 560,000 barrels per day. However, OPEC’s Secretary General Mohammed Barkindo said that the OPEC nations would have to resort to extraordinary measures to rebalance the market in 2018. He also called on U.S. shale oil producers to help support plans to curb global oil supply. He said, “We urge our friends, in the shale basins of North America to take this shared responsibility with all seriousness it deserves, as one of the key lessons learnt from the current unique supply-driven cycle.” He added, “At the moment we (OPEC and independent U.S. producers) both agreed that we have a shared responsibility in maintaining stability because they are also not insulated from the impact of this downturn.”

According to a monthly report from the Energy Information Administration U.S. shale oil output expected to rise by 79,000 barrels a day in October. It will now be 6.083 million barrels a day.

Oil prices in the recent weeks has nonetheless edged up. Brent jumped over $56 per barrel in afternoon trade, while U.S. WTI rose over $50. This has been attributed to OPEC nations abiding by their agreement. Despite his plea to shale oil producers, Barkindo has maintained a positive outlook that if the current trend continues that rebalance might be successful.

Our assessment is that unless Saudi Arabia along with OPEC can convince United States to cooperate, the glut will not be solved and the prices will continue to drop. However, with US production being its highest in 30 years, this is a highly unlikely scenario. The increase in shale oil production has given the United States a new global footing as well as self-reliance. They are unlikely to heed completely to OPEC’s request. Having said so, depressed oil prices are forcing some oil operators to cut capital spending. This is slowing down the US production of Shale offering some support to the oil market.