The Synergia Foundation is in collaboration with the Bangalore City Police, the Railway Police Force, The Fire and Home Guards & ELCITA (The Electronic City..

The Synergia Foundation is in collaboration with the Bangalore City Police, the Railway Police Force, The Fire and Home Guards & ELCITA (The Electronic City Industrial Township Authority) and NPA (the National Police Academy) to organize a series of tactical training workshops on an innovative technique to counter various asymmetric threats that cities like Bangalore may face.

OTR – Offensive tactical response is a counter terror tool jointly developed and offered by Synergia with some of the finest elite forces in Switzerland, France, Germany, UK, US and Israel. The primary objective is to train first responders with techniques that can help them saves their lives and those they are supposed to protect.

Police and security personnel have generally been trained on conventional tactics for dealing with criminals, but the threat of terrorist attacks on “soft targets” in civilian environments under the spotlight of the media, is a completely different threat vector.

Traditional policing tactics of “contain and assess” turns fatal and bloody. The new terror threats, requires an immediate transformation in security training methods. Most firearms and tactical certifications of police, LE and security forces were designed long ago, based on the old outdated concepts to control ‘traditional’ criminal acts.

The “paper-target” syndrome is precarious and inaccurate. It creates a false sense of proficiency. Defeating urban terror requires speed, aggressiveness and an offensive mindset. Tactics adopted by the army, designed for large-scale conflicts cannot be adopted to remediate such threats as the focus is on speed and the right selection of targets. As witnessed in Mumbai, Paris, Brussels or Dhaka, the intervention by Special Forces or SWAT may be far too late. The key to minimize casualty is to react decisively with an offensive mind-set.

Terrorism in the 21st century has metamorphosed - it is aimed at destroying countries, cultures, or all of humanity. Security practitioners have begun to articulate in the past few years a new paradigm for terrorism that includes different actors, motivations and outcomes from the old paradigm of political terrorism of the mid-20th century. 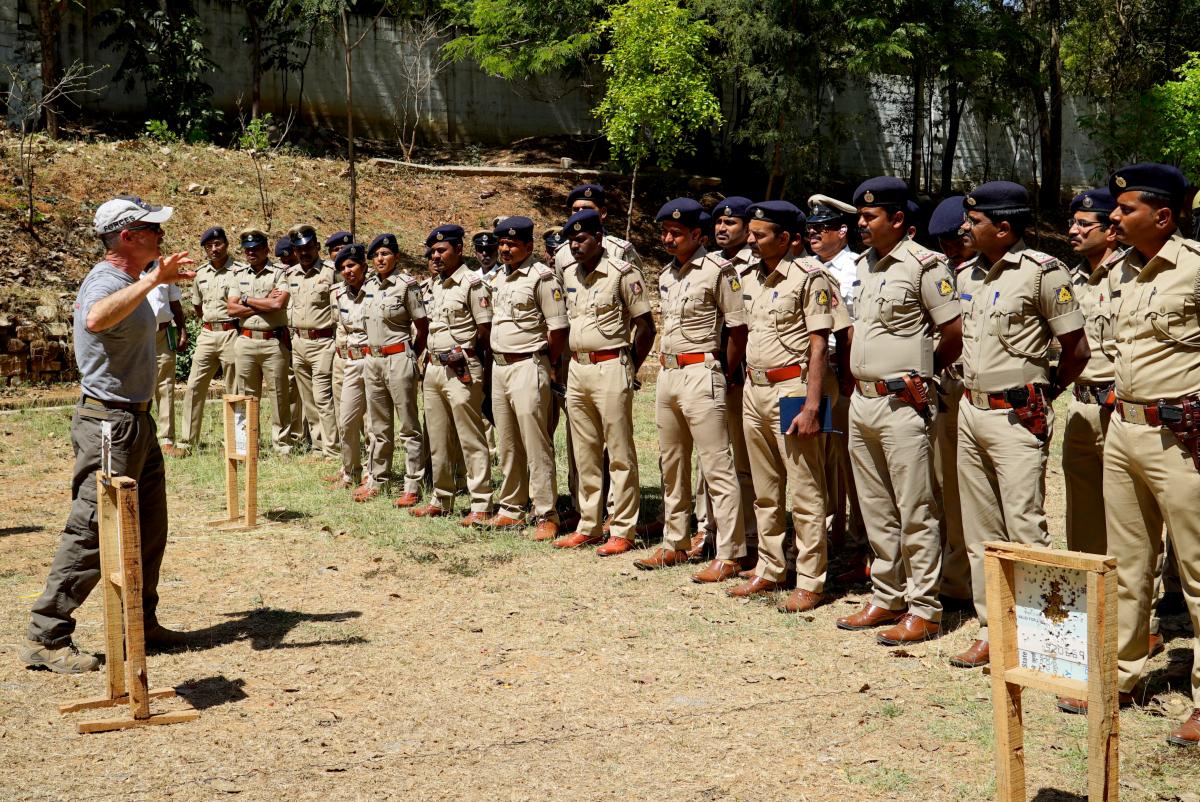 OTR is a set of techniques that empower the first responders and law enforcement officers to meet asymmetric threats which can happen at the most unexpected time and location.

The five day training focused on imparting crucial insights on taking decisions while in motion. The idea was to help create a tactical advantage by using elements of physics and gravity.  Governments and business enterprises always work to develop tactics – the objective is to create an advantage. In the world of security, tactics means saving lives or importantly saving blood. The tactical expert from Switzerland , Reuven Werthiemer demonstrated several skills, both offense and defense, that could save hundreds of lives in industrial establishments , public spaces like railway stations, airports, malls etc. The training also helped officers understand the gaps that existing in training modules.

Our assessment is that such training is extremely important to prepare first responders to meet security challenges. We feel most security officers do not wish to face such eventualities as they fear for their lives – understandably so. Techniques like OTR will give more confidence to police officers on the street to tackle adversaries with or without a firearm. We believe such training will help security forces to best utilize the gear they already have and not waste resources in buying additional firearms.