Chinese President Xi Jinping will reportedly be appointing Liu He as the Vice Premier overseeing China’s economy. Analysts note that Liu He will become one of the most powerful..

Chinese President Xi Jinping will reportedly be appointing Liu He as the Vice Premier overseeing China’s economy. Analysts note that Liu He will become one of the most powerful Vice Premiers that China has seen in the past two decades. Will he be able to navigate China into economic expansion?

China is the second largest economy in the world after USA. According to certain forecasts, its GDP growth is slated to overtake America’s GDP in another 10 years. A hub for the manufacturing industry, China is the fastest growing economy. Its economic growth has been over 10% for over 30 years.

However, in the recent years, China’s exponential growth has come at the cost of increased debt. According to statistics, its debt is more than 250% of the GDP and is much higher than the US. It is, however, lower than Japan, which remains the world’s most indebted leading economy. Experts have said that if China’s trajectory continues, then it will be looking at an economic slump sooner than later. China’s exporting prowess has fueled massive trade surpluses and tensions with the U.S.

The International Monetary Fund endorsed China's Yuan as a reserve currency two years ago -- putting it in an elite club that includes the U.S. Dollar and the British Pound. The GDP growth rate in China was 6.7% for 2016.

According to the Chinese government, due to a rise in exports, construction and consumer spending, the economic growth rate for 2017 was 6.9%. This beat industry expectations as well as projected estimates. This is also the first time in seven years the speed of China's economic growth went up rather than edging down. The figure also beat Beijing's official annual expansion target of about 6.5%. 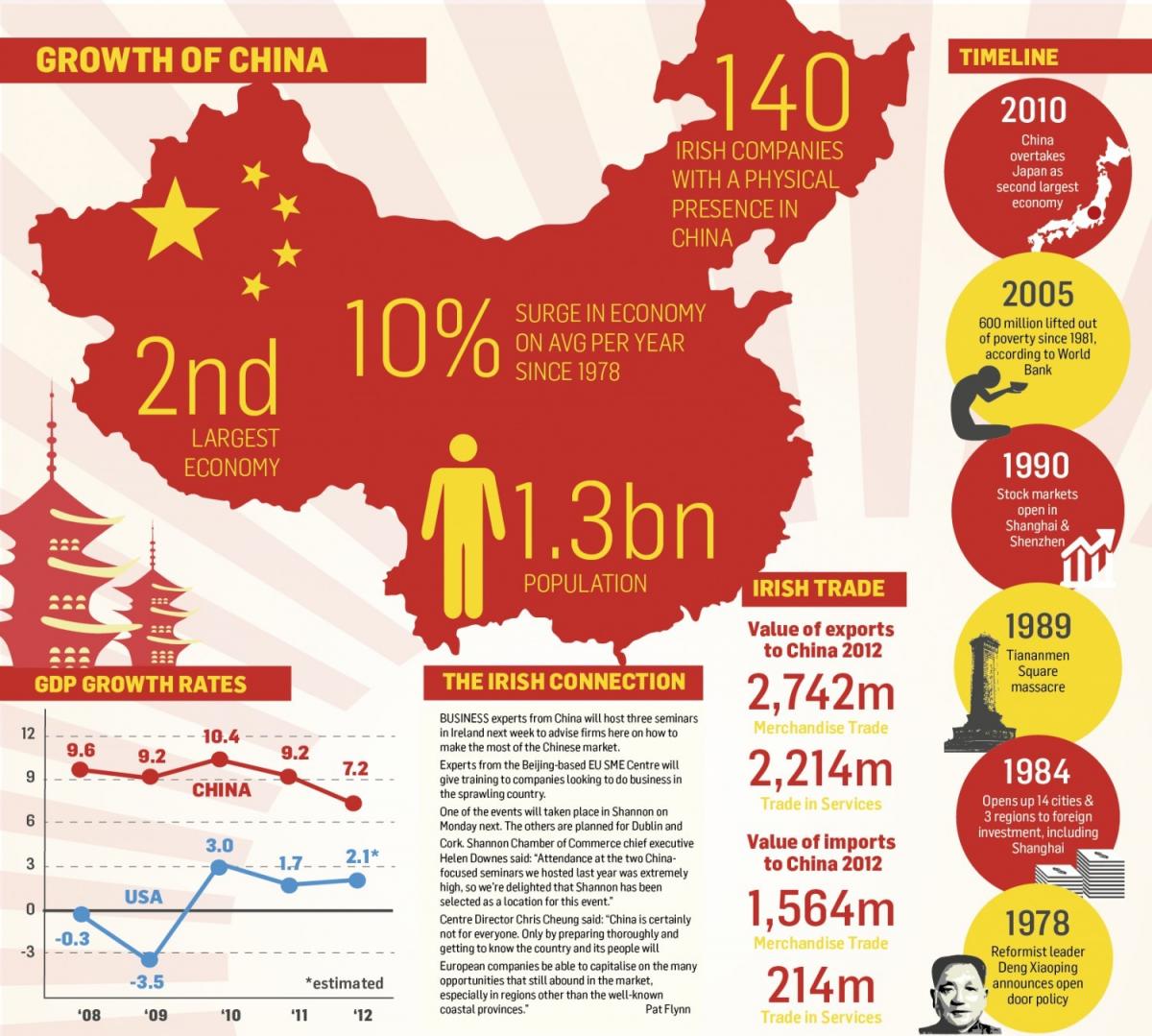 Celebrated economist and politician Liu He is expected to be appointed as the next Vice Premier overseeing the Chinese economy by President Xi Jinping. He is currently the Vice Chairman of the National Development and Reform Commission (NDRC), the deputy party group secretary of the NDRC, and the chief of the General Office serving the Leading Group for Financial and Economic Affairs, headed by Party General Secretary Xi Jinping. During the latest Party Congress in China, he was promoted to the powerful Politburo. His elevated position in China’s political landscape became even more prominent when he gave the keynote address at the 2018 World Economic Forum in Davos.

Analysts and experts believe that he will become the country’s most powerful Vice Premier in two decades. Steve Tsang, director of the SOAS China Institute in London and author of China in the Xi Jinping Era said, “Liu is unlikely to put forth any plan which he thinks President Xi Jinping will not approve, or like. The team being put together looks like a strong one. They should be in a position to put in place a reform programme that seeks to rebalance the economy and reduce risk at the same time.”

In addition, he will also continue to head the Office of the Central Leading Group on Financial and Economic Affairs. He is also set to chair the Financial Stability and Development Commission, a new body that supersedes all financial regulators. His appointment will likely be confirmed in March 2018. The team that he will be putting together will be made of some of the biggest names in Chinese banking and financial industry. “Indebted, old countries do not grow,” said Derek Scissors, a resident scholar at the American Enterprise Institute and chief economist at China Beige Book, a New York-based research group. “The next five years will probably be OK, but the economy is headed in the wrong direction.”

“Without the reflection on the catastrophe of the Cultural Revolution, it is impossible for China to have today’s economic growth,” Liu said in an article published in 2017.

Our assessment is that there are genuine concerns regarding the real state of the Chinese economy and that includes the nation’s growing debt. Experts have also warned about the nation’s local government loans, corporate and household debt and non-performing bank loans. Liu He was rumoured to have been the author of an article published in People’s Daily that warned against risks from the country’s debt-driven growth model. This indicates that as the Vice Premier his main agenda would be address the country’s growing debts.