On January 28th, 2018, Sauli Niinisto was re-elected as the President of Finland by a landslide. The President, who is considered to be a cautious leader, has been elected during..

On January 28th, 2018, Sauli Niinisto was re-elected as the President of Finland by a landslide. The President, who is considered to be a cautious leader, has been elected during a period when ties are tense between Russia and the West.

During these fractious times, Niinisto has been credited for maintaining a balanced relationship with Moscow, the nation’s powerful neighbour.

Finland’s history with its largest neighbour is a rocky one. The country shares a 1300 km border with Russia, from whom it celebrated its 100th year of independence in 2017. During the cold war, Finland played the difficult game of maintaining their independence and good relations with the west, while adapting foreign and domestic policies to suit the Soviet Union. The country supported North Atlantic Treaty Organisation (NATO) and its anti-Soviet policies without becoming a member, maintaining its officially neutral status. This careful neutrality is one that they have maintained even two decades after the end of the cold war, keeping ties with Russia favourable.

Finland became a member of the European Union in 1995. As a democratic republic, representatives are elected, and the country runs on a parliamentary system. The president is, however, the official head of state, & holds considerate powers, specifically with regards to foreign and defence policy (along with the cabinet). 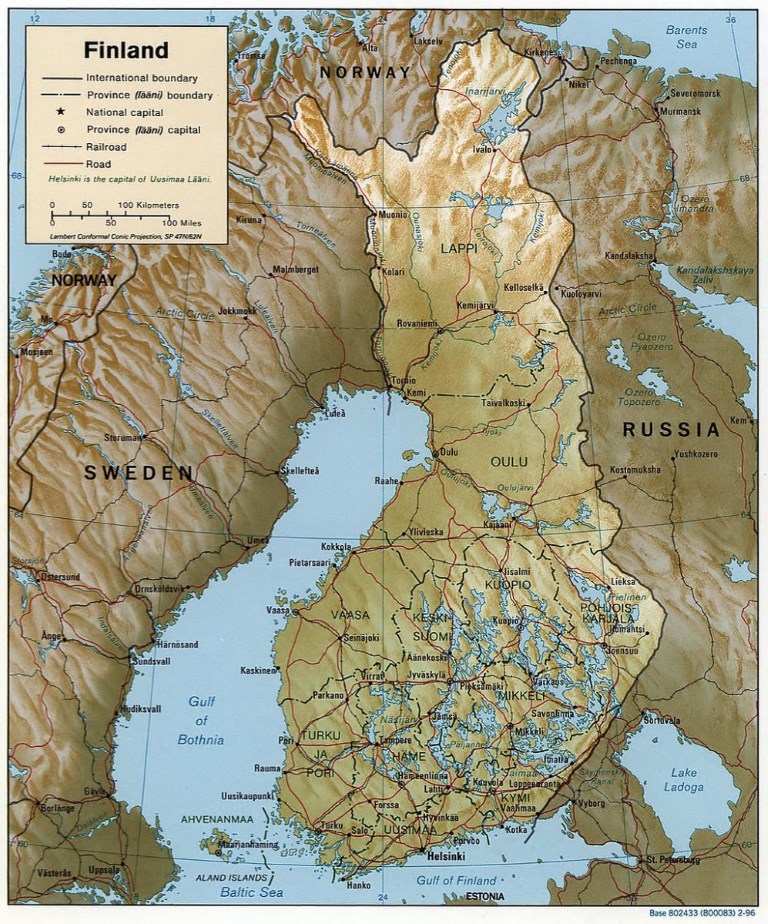 Sauli Niinisto was re-elected into presidency on 28th January, 2018 (Sunday), by a majority of 62.7% of the popular vote in the first round of elections, the first to win in this manner since the system of direct voting was instituted in 1994. During his previous term as president he was chair of the National Coalition Party, however he ran as an independent candidate this year. He is also the former minister of finance.

Niinisto’s closest competitor in the race was Pekka Haavisto of the Green party, who recieved 12.4% of the vote. Meanwhile, nationalist and Eurosceptic candidates Laura Huhstasaari of the Finns Party, and Paavo Vayrynen (independent) received less than 7% each. Huhstasaari and Vayrynen are both vocally opposed to current EU ties and migration policies, and expressed satisfaction at the numbers their rhetoric had drawn.

Niinisto’s own positions are carefully moderate. Unlike some of the other candidates, he seems content to maintain his previous positions with regards to foreign relations; this means continued ties and cooperation with the EU, including migration and refugee policies. His former party, the National Coalition Party was pro-EU and pro-NATO.

This is evidenced in the fact that after being re-elected, he informed press that he had “no intention of making changes just for the sake of making changes”.  He continued: ‘’we will follow very closely what is happening outside of Finland, globally, and if needed, then we will react.’’

Given Putin’s hints at negative reactions should Finland join NATO, it is likely that this refers also to Finland’s geopolitical role in the European continent. This then means a continuation of the balance he maintained during his previous term- between supporting NATO policies and maintaining cordial relations with Moscow, such as when Finland backed economic sanctions against Russia over the nation’s actions in the Baltic.

Our assessment is that unlike his opposition, whose campaigns were founded on nationalist and protectionist viewpoints, Niinisto adopted a more favourable position with regards to the EU. Additionally, he remains moderate in his positions on NATO and Russia.  We believe that a key characteristic of Niinisto’s politics is his ability to maintain open dialogue and positive relations with opposing parties, and it appears to be this ability that gained him the popular vote. Drastic change in his foreign policy is thus improbable.