Saudi Arabia has cut diplomatic ties with Canada and suspended new trade transactions after Canada’s foreign ministry urged the Kingdom to release arrested civil rights activists. The Kingdom of Saudi Arabia is one of the most powerful players of the Arab world. It is an oil dependent nation with the..

The Kingdom of Saudi Arabia is one of the most powerful players in the Arab world. It is an oil-dependent nation with the second-largest proven petroleum reserves and the largest exporter of petroleum. It is the largest economy in the Arab world. The Al Saud dynasty holds a monopoly of political power. Saudi Arabia was established in 1932 by King Abd-al-Aziz, who has been succeeded by various sons. The region, while economically developed, is also accused of violating human rights - and considered one of the most oppressive countries for women to live in.

In 2000, Canadian Prime Minister Jean Chrétien made a state visit to Saudi Arabia. Saudi Arabia is Canada's largest trade partner among the nine countries of the Arabian Peninsula. At the end of 2012, Saudi Arabia became Canada’s second largest export market in the Middle East. Much like Israel, most of the success of the current Canadian-Saudi relations is attributable to its opposition to Iran and other countries in the region.

The Kingdom continues to be an important source of foreign students for Canada. There are more than 15,000 Saudi students in Canada, including 800 resident physicians and specialists who provide care to the Canadian population. However, ties between the two countries are susceptible to issues regarding human and civil rights. In 2000, Canadian William Sampson was arrested by the Saudi government for complicity in a suicide bombing in Riyadh, a charge against which he has maintained his innocence. He was imprisoned and later criticized the Canadian government for not coming to his aid. He was freed by British intervention after being imprisoned for two years. 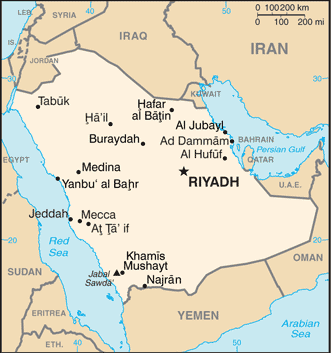 Saudi Arabia on Monday expelled Canadian Ambassador Dennis Horak and recalled its envoy from Ottawa after Canada said it was “gravely concerned about the additional arrests of civil society and women’s rights activists in Saudi Arabia”. They also decided to freeze all new trade and investments with Canada, accusing it of interfering in its internal affairs.

A statement released by the Saudi Press Agency said the foreign ministry gave the Canadian ambassador 24 hours to leave the country and recalled its own ambassador to Canada, adding it retained “its rights to take further action.” “The Canadian position is an overt and blatant interference in the internal affairs of the Kingdom of #SaudiArabia and is in contravention of the most basic international norms and all the charter governing relations between States,” it tweeted.

“We urge the Saudi authorities to immediately release them and all other peaceful human rights activists,” Global Affairs Canada said on its Twitter feed. Since May, a number of leading women’s rights activists and campaigners in Saudi Arabia have been detained for their peaceful human rights work. Many have been detained without charge and may face trial before the counter-terror court and up to 20 years in prison for their activism. Most of those arrested campaigned for the right to drive vehicles, and for an end to the country’s male guardianship system, which requires women to obtain the consent of a male relative for major decisions. Earlier last week, Samar Badawi and Nassima al-Sada were detained, showing proof that the government crackdown shows no sign of relenting.

The Saudi statement said it confirmed its commitment to refrain from intervening in the internal matters of other countries, including Canada, and in return rejected any intervention in its domestic affairs and internal relations with its citizens.“Any further step from the Canadian side in that direction will be considered as an acknowledgement of our right to interfere in the Canadian domestic affairs,” the statement said. The Kingdom also puts on hold all new commercial and investment transactions with Canada while retaining its right to take further action.

Experts believe that Saudi businesses and the government want to see more of Canada in the marketplace, but the Canadian embassy isn’t as visible or active as it should be. Moreover, when it comes to Saudi economy, Canada is playing catch-up with the US, South Korea, India and China. In the Saudi marketplace, Canada as a brand is very weak, and this needs to change.

Our assessment is that Saudi Arabia has expressed its absolute and categorical rejection of the Canadian stand in this matter. We feel that in voicing out their opinions on free rights, Canada has boldly condemned the matter and acted as a watchdog of democratic ideals in the international arena. We believe that Canada has a lot of losing, in terms of trade - as new investment deals have been suspended by Saudi Arabia. Furthermore, we also believe that this move will make other countries more cautious in pointing out human rights violation in Saudi Arabia.