The Kingdom of Saudi Arabia has announced that women will be allowed to enter three sporting stadiums across the region. This is a landmark decision as..

The Kingdom of Saudi Arabia has announced that women will be allowed to enter three sporting stadiums across the region.

This is a landmark decision as historically only men have been permitted within those premises.

It is considered as one of the most oppressive countries for women. It has been reported that Saudi Arabian women must have male guardians at all times to make critical decisions on their behalf. This has been unofficially imposed for several years. In April 2017, Saudi Arabia’s King Salman issued an order to all government agencies that women should not be denied access to government services because they do not have a male guardian’s consent unless specific rules require a male guardian. Currently, women can’t marry, divorce, travel, open a bank account, get a job or have elective surgery without permission from their male guardians. 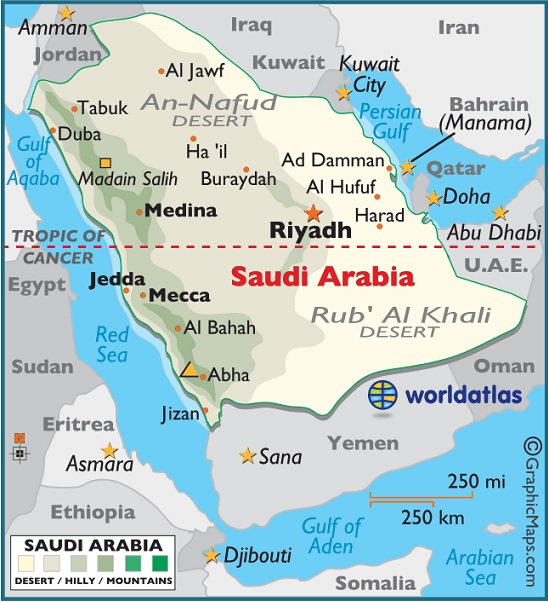 In 2017, the Kingdom of Saudi Arabia has introduced a number of new reforms aimed at easing regulations placed against women. This has been largely attributed to Crown Prince Mohammad bin Salman. In 2016, he detailed Saudi Vision 2030 that introduced his agenda of modernizing the nation. It was also a plan to reduce Saudi Arabia's dependence on oil, diversify its economy, and develop public service sectors such as health, education, infrastructure, recreation, and tourism.

In September 2017, Saudi Arabia lifted its ban on female drivers in the country. Earlier, women were not allowed to have their own licenses or drive their cars. In October 2017, Prince Salman sent a warning to the more conservative clerics in the nation by noting that he would usher the Kingdom back to “moderate Islam.” He said, “What happened in the last 30 years is not Saudi Arabia. What happened in the region in the last 30 years is not the Middle East. After the Iranian revolution in 1979, people wanted to copy this model in different countries, one of them is Saudi Arabia. We didn’t know how to deal with it. And the problem spread all over the world. Now is the time to get rid of it. We are simply reverting to what we followed – a moderate Islam open to the world and all religions.” Click here for an in-depth overview of his speech.

In September 2017, Saudi Arabia for the first time allowed women into the national stadium. The stadium was hosting a number of concerts and performances to mark the 87th anniversary of the Kingdom’s founding.

In yet another move to embrace a more progressive outlook, the Kingdom of Saudi Arabia has announced that women will be allowed to enter three sporting stadiums across the region. This is yet another landmark decision as these venues only allowed men to enter. “Starting the preparation of three stadiums in Riyadh, Jeddah and Dammam to be ready to accommodate families from early 2018,” the General Sports Authority said on Twitter. Restaurants, cafes and video screens would be set up inside the venues, the authority added.

Not all experts are convinced that these reforms will continue to take place without a fight from conservatives in the region – especially the clerics. “Despite the bold statements, it is important to remember that the dominance of conservative thought since the late 1970’s cannot be quickly reversed,” said analysis firm Eurasia Group. “Ultraconservative and radical elements continue to pose risks.” In 2016, the Kingdom issued new rules for the religious police and they no longer have the right to arrest people.

The announcement will also likely have ramifications with the large expat Indian community in Saudi Arabia. Indians are the largest community of expatriates in Saudi Arabia. Between then and April 2016, 500,000 Indians moved to Saudi Arabia for employment. As of 203, there were 20 lakh Indians residing in the region.

Our assessment is that the new leadership in Saudi Arabia has probably realized that if wants to continue attracting foreign investors, then it must make social progress as well. The new rules will also improve the quality of life among the nation’s expats – of which Indians form the biggest bloc.