The US has announced that it will be lifting nearly all the trade and economic sanctions it had imposed on Sudan 20 years ago. Sudan was once one of the largest countries in Africa..

The US has announced that it will be lifting nearly all the trade and economic sanctions it had imposed on Sudan 20 years ago.

Sudan was once one of the largest countries in Africa. It is also a region that is geographically diverse and is rich in resources such as petroleum, iron ore, copper, zinc, silver, gold, hydropower and more. But through the decades the region is plagued by problems. Since becoming politically independent in 1956, proxy wars took place between Sudan, Chad and Libya which caused instability. In the 1980s, despite there was widespread famine.  The first civil war ended in 1972 but the second war began in 1983. During this period, reportedly four million were displaced and two million died. Thus, the region came to be increasingly militarized. But the worst was still yet to come.

The conflicts along with famines resulted in Darfur becoming one of the most marginalized and underdeveloped regions in Sudan. On February 2003, the militant groups, Sudan Liberation Movement (SLM) and Justice and Equality Movement (JEM) began fighting the Sudanese government. They claimed that the government had actively oppressed the non-Arab population in Darfur. As a response, the government carried out a horrific ethnic cleansing campaign against the non-Arab in Darfur.  There was genocide in the region and hundreds of thousands of civilians died as a result. In 2006, the UN approved a resolution to send new peacekeeping forces of 17,300 forces. In 2009, Sudan’s President, Omar al-Bashir became the first sitting president to be indicted by the International Criminal Court. He was charged with allegedly directing much of this genocide which included mass killing and rape of the people of Darfur.

The bilateral relations between US and Sudan is tense as the US has imposed a number of crippling trade sanctions on the region. The US has also sent a large number of peacekeeping force to bring stability to Darfur. In 1993, the US designated Sudan as a state sponsor of terrorism. In 1997, then US President Bill Clinton imposed a comprehensive trade embargo on Sudan and froze its government's assets in the US. In 2006 President George W Bush, issued another executive order targeting those involved in the conflict in Sudan's Darfur region. 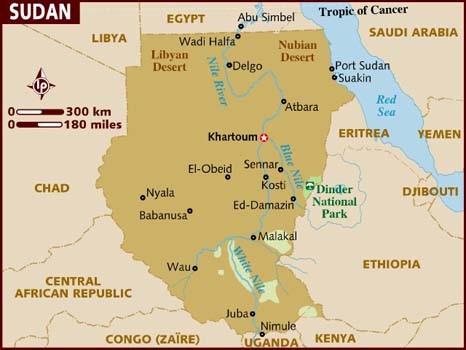 In 2015, United Nations Special Rapporteur Idriss Jazairy spent a week in the UN. After a thorough inspection he noted that the sanctions on the region had terribly affected the Sudanese citizens. He wrote, “The reality on the ground has proved that these measures do not have a negative impact on officials or on any elite group. Their full impact is on innocent citizens and on a deepening of the gap in income distribution within the Sudanese society and between provinces... This encourages the emergence of a parallel economy which was exposed to a variety of possible illegal practices.”

After two decades, the United States announced in October 2017 that it will be lifting most of the sanctions in the region. The process of lifting the sanctions began during the tenure of US President Barack Obama. US authorities have noted that Sudan has made progress with regards to human rights. The nation has also come to believe that Sudan has begun adequately fighting terrorism. Sudan exports $3.7bn of goods each year, mostly gold, oil and agricultural products to the Gulf and China.

“The United States will continue efforts to improve bilateral relations with Sudan,” state department spokeswoman Heather Nauert said in a statement. “Any further normalisation of ties will require continued progress by the government of Sudan.”

Manzool Asal, an economics lecturer at the University of Khartoum commented on this development noting, “This is an important step for positive progress in relations with the US to build on for future engagement. It allows for a return to international financial institutions and inclusion once more in the global network of business. Grants and loans could be facilitated.”

However, not everyone seems convinced. Andrew Prasow, from Human Rights Watch said that this sent the wrong message as Sudan had "made so little progress on human rights".

Our assessment is that without the sanctions, Sudan’s economy is likely   improve as investors will feel more comfortable as there will be less restriction on the ability to transfer funds out.  This will attract more foreign investors thus boosting the region’s GDP. It is being hailed as a victory for the ruling National Congress Party. However, only time will tell how the average citizen will benefit from this development. The region is still embroiled in violence and more than half of its 37 million people live below the poverty line. We believe that lifting of the economic sanctions has to be followed by serious political and economic policy reforms if the country is to realize the benefit. Sudan’s exchange rate has already improved.