Russian spy in US embassy

Recent reports have uncovered that a suspected Russian spy was employed for over a decade at the US Embassy in Moscow until last year. The Secret Service is a US federal law enforcement agency that sits within the Department of Homeland Security and has more than 150 offices worldwide..

Recent reports have uncovered that a suspected Russian spy was employed for over a decade at the US Embassy in Moscow until last year.

The Secret Service is a US federal law enforcement agency that sits within the Department of Homeland Security and has more than 150 offices worldwide. Its mission is to ensure the protection of the nation’s leaders and the financial and critical infrastructure of the United States. It is also charged with conducting criminal investigations. The Secret Service was created on July 5, 1865 in Washington, D.C., to suppress counterfeit currency. Chief William P. Wood was sworn in by Secretary of the Treasury Hugh McCulloch.

Since the late 1920s, the Soviet Union, through its GRU, OGPU and NKVD intelligence services, used Russian and foreign-born nationals as well as Communist, and people of American origin to perform espionage activities in the United States. These various espionage networks had contact with various U.S. government agencies, transmitting to Moscow information that would have been deemed confidential. 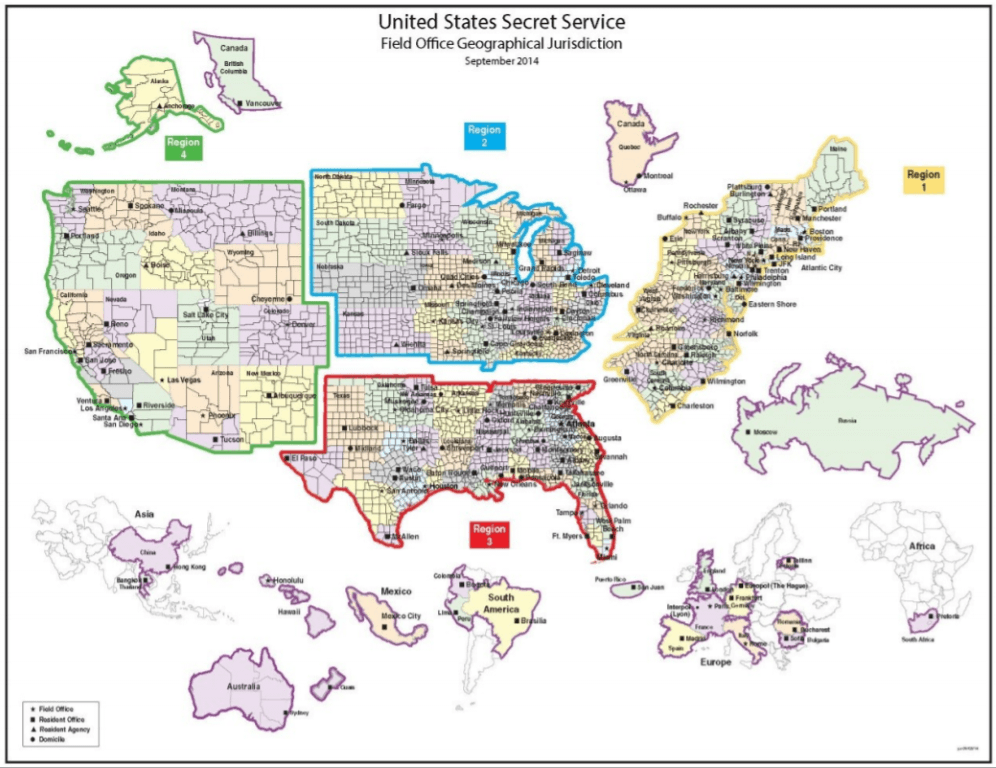 For ten years, a woman who is now believed to be a Russian spy was working inside of the U.S. Embassy in Moscow. It is believed that the woman was employed by the U.S. Secret Service. During a recent security check, it was revealed that she was regularly having unauthorized meetings with FSB, the Russian intelligence agency.

However, she was fired last year by the Secret Service after the unauthorized meetings with the FSB agents were discovered in January 2017. This was done in a confidential manner to ensure that the possible security breaches were brushed under the table.

“She had access to the most damaging database, which is the US Secret Service official mail system,” an unnamed source said. “Part of her access was schedules of the president – current and past, vice-president and their spouses, including Hillary Clinton.” She had plenty of time to gather intelligence without supervision, the source added. “Several employees interacted with her on a personal level by emailing her personally on a non-work account. This isn’t allowed.”

At this time, the identity and job title of the woman have not been revealed. In the United States, another woman was recently alleged to be a spy for the Russian state. Maria Butina was charged last month with “conspiracy to act as an agent of the Russian Federation.” However, there is no word yet if this new accused Russian spy is a close aide of Vladimir Putin.

The Department of Homeland Security was apparently notified about the case but it is unclear how much detail was passed on to officials outside the agency. It also remains unclear why the Russian national was hired by the Secret Service in the first place or what kind of vetting took place. Moreover, the potential breach was not reported to any of the congressional intelligence or oversight committees.

A source has told The Guardian that, “A government committee needs to investigate the Secret Service for hiding this breach.” Although, another option would be to include it in special counsel Robert Mueller’s investigation into suspected Russian collusion in the 2016 presidential election. “The US Congress is focusing on Russian hackers when it is possible that all of the information they needed to get into the system came from the internal breach in the Secret Service,” the source said. “Her activities of stealing and sharing information could shed more light on how the Russians were able to hack the 2016 presidential election office of the DNC [Democratic National Committee].”

“At no time, in any US Secret Service office, have Foreign Service Nationals (FSNs) been provided or placed in a position to obtain national security information,” read a statement released by the Secret Service.

Our assessment is that the discovery of a suspected FSB mole in the US Secret Service’s staff would hugely damage the agency’s reputation. We feel that the presence of the spy in the US embassy in Moscow could have severe consequences for the safety of other staff members and the leaders it is mandated to protect. We believe that a detailed investigation must be carried out by an independent body to understand the depth of repercussions caused by this alleged Russian spy, especially in the US elections. We feel that the US secret service must also place through checks and balances in its vetting process of FSNs.