Russian operatives involved in the disinformation campaign during the 2016 US Presidential elections may have resorted to using 'Pokemon Go' to flame racial tensions..

Russian operatives involved in the disinformation campaign during the 2016 US Presidential elections may have resorted to using 'Pokemon Go' to flame racial tensions in America.

The consensus among the intelligence agencies in the US is that Russia conducted an ‘influence’ campaign to harm Hillary Clinton’s presidential bid. Russia is said to have hacked the servers of the Democratic National Committee (DNC) and the personal email account of John Podesta, the chairman of Clinton’s campaign. The data obtained from these hacks were allegedly forwarded to Wikileaks. Russia also allegedly played a role in flooding social media platforms like Facebook and Twitter with fake news stories depicting Hillary Clinton negatively.

In May 2017, the Department of Justice (DoJ) appointed Robert Mueller as a special counsel to oversee the investigation into the Russian interference and related matters. He is also investigating whether members of the Trump campaign colluded with Russia during the elections.

In September 2017, social media giant Facebook admitted to finding approximately $100,000 worth of ads connected to Russia. Alex Stamos, Chief Security Officer took to Facebook and wrote about the developments noting, “In reviewing the ads buys, we have found approximately $100,000 in ad spending from June of 2015 to May of 2017 — associated with roughly 3,000 ads — that was connected to about 470 inauthentic accounts and Pages in violation of our policies. Our analysis suggests these accounts and Pages were affiliated with one another and likely operated out of Russia.” 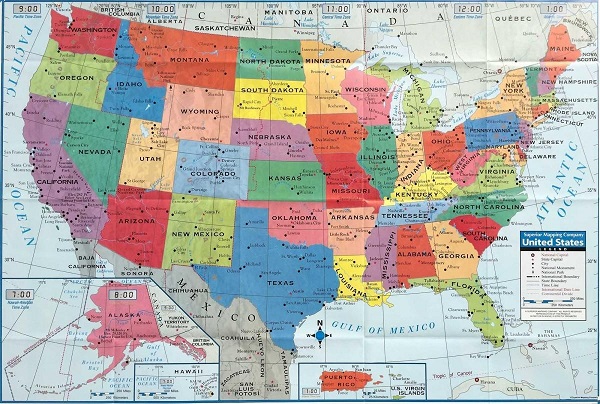 In recent weeks, other online platforms Google and Twitter have admitted to finding evidence of Russian interference. It has been reported that Russian operatives spent tens of thousands of dollars on ads on YouTube, Google Search products and Gmail especially related to the 2016 Presidential elections. Nearly $4,700 was spent by accounts connected to the Russian government on ‘search and display’ ads in Google. Additionally, operatives from Russia reportedly spent $53,000 on pointedly political ads. Google released a statement noting, “"We are taking a deeper look to investigate attempts to abuse our systems, working with researchers and other companies, and will provide assistance to ongoing inquiries.”

Twitter was also a key platform in the Russian disinformation campaign, according to authorities. The platform has reportedly deleted tweets and other user data of potentially relevant to investigators in the Russia investigation. The company said, “We have not found accounts associated with this activity to have obvious Russian origin but some of the accounts appear to have been automated.”

According to a report by CNN, even online gaming platforms, such as Pokemon Go could have been involved in the disinformation campaign. The Russian-linked campaign called Don’t Shoot Us, posed as a Black Lives Movement platform. The operatives behind this campaign used Facebook, Instagram, Twitter, YouTube, Tumblr and Pokémon Go to exploit racial tensions in America and post politically divisive content. The campaign’s goal could have been to have Americans perceive black activism as a dangerous threat. It even introduced a Pokemon Go related ‘game’. Users were instructed to give their Pokémon, names corresponding with those of the victims. It is yet unclear if anyone actually participated in this game.

"It's clear from the images shared with us by CNN that our game assets were appropriated and misused in promotions by third parties without our permission," Niantic, the makers of Pokémon Go, said in a statement provided to CNN.

"It is important to note that Pokémon GO, as a platform, was not and cannot be used to share information between users in the app - so our platform was in no way being used. This 'contest' required people to take screen shots from their phone and share over other social networks, not within our game. Niantic will consider our response as we learn more."

Don’t Shoot Us campaign had influence in Facebook (where it had over 200,000 ‘likes’ by September 2016) and in Tumblr. Videos that were posted by this campaign have been viewed hundreds of thousands of times.

To date, Facebook has said that it identified 470 accounts linked to the Internet Research Agency, a Kremlin-linked troll farm, while Twitter has identified 201 accounts.

Our assessment is that the latest development confirms that operatives within Russia did play a role in creating a divisive environment in America during the elections. It is evident that nations would resort to asymmetric warfare and influence decisions in the digital world to create outcomes that are politically favourable to them. We believe that governments across the world need to address these vulnerabilities with utmost priority.