Russia reaches out to Pyongyang

Russian Foreign Minister Sergei Lavrov has met Kim Jong-Un in Pyongyang and indicated Russia’s desire to contribute to the diplomatic initiatives in the Korean peninsula..

Russian Foreign Minister Sergei Lavrov has met Kim Jong-Un in Pyongyang and indicated Russia’s desire to contribute to the diplomatic initiatives in the Korean peninsula. This was Russia’s first high-level diplomatic visit to Pyongyang since 2009.

The history of North Korea began in 1945, when colonial Japan withdrew from the peninsula and Korea was divided into two halves along the 38th parallel. In 1950, North Korea, economically and politically supported by China and Soviet Russia, invaded South Korea. United Nations and US forces intervened on behalf of the South and the invading army was driven out during the Korean War.

USSR remained an important stakeholder in North Korean affairs even after the 1950s. The two regions have shared a 17-kilometre long border since 1860. Thousands of ethnic Koreans migrated to Tsarist Russia, and still live in the country. Kim Jong-Un’s grandfather Kim Il-Sung briefly lived in the Soviet Union and was chosen by Stalin to lead the Provisional People’s Committee for North Korea, the precursor to the modern Democratic People’s Republic of Korea. Kim Jong-Il, the current leader’s father, was born near the eastern Russian city of Khabarovsk in 1941.

Besides the political link between the two communist states, Pyongyang relied heavily on Soviet food and fuel supplies. The collapse of the Soviet Union in 1991 may have contributed to the devastating famine that killed approximately 3.5 million North Korean citizens in the 1990s. Ties between Moscow and Pyongyang have somewhat cooled since the 1990s. However, Russia and China remain some of the largest food donors to Pyongyang. The two nations are Pyongyang’s strongest international supporters. In 2017, Moscow wrote of Pyongyang’s Soviet-era debt of $10 billion.

However, Russia and China have both officially complied with UN sanctions against Pyongyang after it conducted its first nuclear test in 2006. North Korea’s nuclear program has been a subject of increasing concern for the international community. In 2017, Pyongyang adopted an aggressive rhetoric, conducted over 20 missile test launches, and conducted its sixth nuclear test.

However, since January 2018, Pyongyang appeared to have softened its stance, initiating diplomatic meetings. On April 27th, North and South Korean leaders Kim Jong-Un and Moon Jae-In held a historic summit, the first in over a decade. The two nations announced that they had agreed to end the 60-year Korean War and signed the Panmunjom Declaration which agreed to denuclearise North Korea. A meeting was also arranged between the North Korean leader and the US President, the first of its kind. 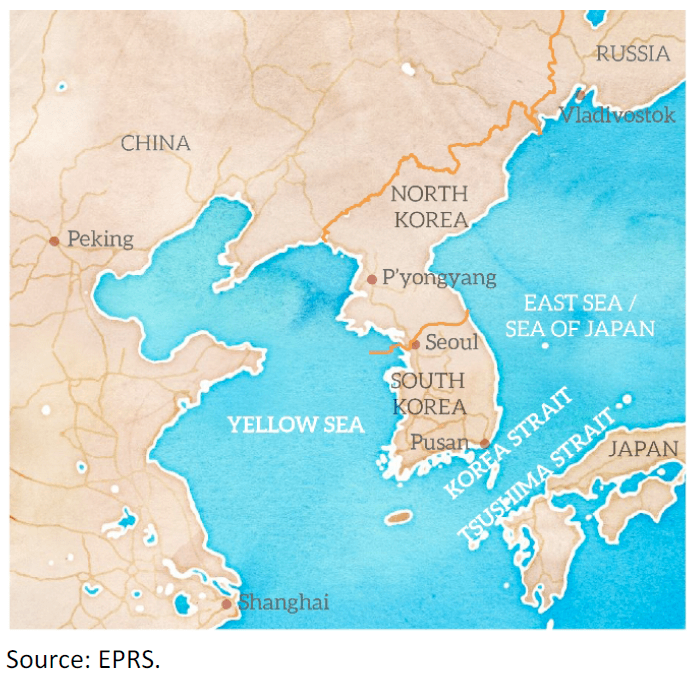 Russia has been largely left out of recent developments in the Korean Peninsula. Kim Jong-Un has made two visits to China to personally meet Chinese President Xi Jinping since March this year. Kim has also met South Korean President Moon Jae-In twice, most recently in May. US Secretary of State Mike Pompeo has also made two trips to Pyongyang to meet the North Korean leader. North Korean state media has announced that Syrian President Bashar Assad will be visiting North Korea soon.

Russia’s first diplomatic visit to Pyongyang since 2009 took place on May 31st. Russian Foreign Minister Sergei Lavrov met Kim Jong-Un in Pyongyang. "We shouldn't try to make sudden movements, shouldn't speed up the process artificially that will, of course, require a considerable amount of time," Lavrov said in a televised address referring to the denuclearisation process. He added, "Russia is ready to contribute to these efforts, our Korean friends welcome it, and we have discussed some steps that can be taken in this direction."

Lavrov also invited Kim to visit Russia for talks with Russian President Putin. He discussed the possible revival of shelved collaborative projects including a natural gas pipeline and power lines, if UN sanctions are lifted. Russian Presidential Spokesman Dmitry Peskov has said that the North Korean leader could visit during the Fourth Eastern Economic Forum (EEF) that will be held in Vladivostok in September.

For his part, Kim Jong-Un said, “As we move to adjust to the political situation in the face of US hegemonism, I am willing to exchange detailed and in-depth opinions with your leadership and hope to do so moving forward,” official news agency KCNA reported.

Observers have expressed their belief that Russia doesn’t want the Kim regime to collapse. War in North Korea would result in an influx of refugees and could impact Russia’s resource-rich Eastern regions, Al Jazeera Analyst Mansur Mirovalev noted. So far, North Korea has served as a buffer between US forces in South Korea and Russia’s eastern provinces. Moscow would not want increased US military presence on the Russian border in the East.

Others have added that Kim could want Russia to counter US influence. "There is an agreement between Russia, China and North Korea that in case accords are reached [with the US], Russia and China will serve as guarantors of these accords," former Russian deputy foreign minister Andrey Fyodorov told Al Jazeera. "Kim is not making a deal with Trump without guarantees."  Russia has veto power at the United Nations Security Council. It has used this platform to block Chemical weapon investigations against its ally Syria.

Some experts believe that Russia’s influence in the geopolitics of North-East Asia has declined. Economically, it is less important to Pyongyang than China. "For North Korea, Russia is less important compared with South Korea, the United States and China," Andrei Lankov, from Kookmin University in Seoul, told Al Jazeera. "The North Korean decision-makers largely concentrate on the countries that are especially important, which either constitute a potential or actual military threat like the United States and South Korea, or those that can be seen as a possible source of economic assistance and investment - like China and South Korea," Lankov said.

Our assessment is that Russia’s interests, like China’s, lie in minimising US influence in East Asia. Neither country would want to see the influx of American troops or refugees that would come with a regime change. We believe that Russia does not want to be side-lined and lose its hold in the region if US and Pyongyang significantly improve ties. We believe that the role of Russia could remain crucial as it is the only country besides China that provides permanent transport and telecommunication links to Pyongyang.