Preparations are underway for Russia's biggest military exercise since the Cold War, involving about 300,000 service personnel, in eastern Siberia. A military exercise or a war game serves the purpose of ensuring the combat readiness of the deployable forces prior to deployment from home base..

Preparations are underway for Russia's biggest military exercise since the Cold War, involving about 300,000 service personnel, in eastern Siberia.

A military exercise or a war game serves the purpose of ensuring the combat readiness of the deployable forces prior to deployment from home base. The Soviet Union carried out its largest military exercise in 1981, known as Zapad-81 which lasted approximately for 8 days, involving between 100,000 and 150,000 Soviet and other Warsaw Pact military personnel.

It was notable for its show of mighty military force to the world. The exercise tested a number of new weapons systems, including the SS-20 intermediate-range ballistic missile (later banned by the INF Treaty). The exercise also introduced new concepts, such as the Operational Maneuver Group, which sought to inject a strong armoured force deep behind NATO’s front line, to sever supply lines and destroy tactical nuclear weapons. The Zapad exercises were later held in 1984, 1985 and later on in 2009, 2013 and 2017. Though these exercises were held a handful of times, Zapad-2013 like the original exercise, tested new equipment and new concepts. 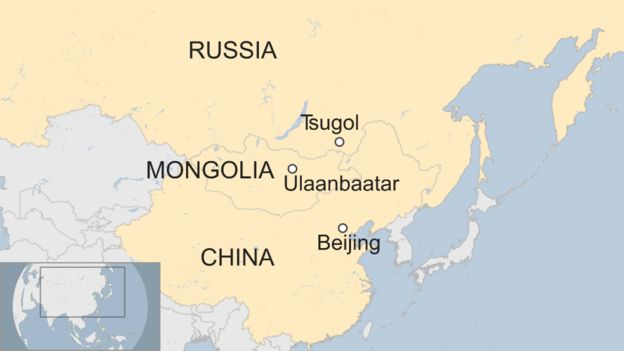 The Vostok-2018, or East 18, exercises simulating large-scale warfare, will be carried out from Sept 11 to 15 in the country's east, with units from China and Mongolia also taking part. They come as Russia is hit by the latest round of US sanctions and faces even harsher ones over its alleged role in a nerve agent attack in Britain, at a time when its relations with the West are at their lowest ebb since the Cold War.

Relations between Russia and the North Atlantic Treaty Organisation (NATO) - a 29-member defence alliance dominated by the US – have deteriorated since Russia annexed Crimea from Ukraine in 2014. Kremlin spokesman Dmitry Peskov said the drills were justified given "aggressive and unfriendly" attitudes towards Russia.

The Russian defence ministry says 36,000 tanks, armoured personnel carriers and armoured infantry vehicles will take part in Vostok-2018, from 11 to 17 September, along with more than 1,000 aircraft. Vostok is Russian for ‘East’. The exercise will be spread across five army training grounds, four airbases and areas in the Sea of Japan, Bering Straits and Sea of Okhotsk. Up to 80 naval vessels will take part, from two Russian fleets. The drills will not be near the disputed Kuril Islands north of Japan, says Russia.

The ministry's TV channel Zvezda says three brigades of Russian paratroops will play a key role, during drills at the Tsugol military range, near Russia's borders with China and Mongolia. A key aim is to practise the rapid deployment of thousands of troops, as well as aircraft and vehicles, from western Russia to eastern regions, across thousands of miles, TV Zvezda reports. That involves in-flight refuelling of fighter jets.

The scale of Vostok-2018 is equivalent to the forces deployed in one of the big World War Two battles. A smaller-scale Russia-Belarus exercise was held last year. President Vladimir Putin has made military modernisation - including new nuclear missiles - a priority. Russia's armed forces are estimated to have about one million personnel in total.

A Russian senator and reserve colonel, Frants Klintsevich, said: "it suited the West that our units and headquarters lacked combat skills and coordination, but times have changed; now we have a different attitude to combat readiness".

Vostok-18 will see heavy foreign troop presence from Russia’s Southern neighbours. The Chinese defence ministry spoke of deepening military co-operation and "enhancing both sides' capabilities to jointly respond to various security threats", without specifying those threats. The ministry confirmed the extent of the Chinese involvement: "3,200 troops, more than 900 pieces of military hardware as well as 30 fixed-wing aircraft and helicopters". However, Mongolia has not given details of its involvement.

In recent years they have deepened military co-operation and during these drills, they will have a joint field headquarters. This contrasts with the Cold War years when the USSR and China were rivals for global communist leadership and clashed on their far eastern border.

Our assessment is that the Chinese participation demonstrates that China and Russia are moving towards a strategic alliance. We believe that the war games are likely to displease Japan, which has complained about a Russian military build-up in the Asia-Pacific. We feel that the war games clearly signal Russia’s intent to reposition itself as a geopolitical and military power in the 21st century.