The rise of extremism

Thousands of nationalists and fascists from across the world are expected to flock to Poland on November 11th, 2017 to attend an annual "Independence March".

Thousands of nationalists and fascists from across the world are expected to flock to Poland on November 11th, 2017 to attend an annual "Independence March".

Poland can trace its roots back over 1,000 years. Positioned at the centre of Europe, it has known turbulent and violent times. During World War II, several million people, half of them Jews died. In 2004, Poland became an EU member. It is also a member of the Nato. For many years prior to joining the EU, the nation was under communist rule.

A country known for its protectionist tendencies, Poland has refused to take in refugees, with officials claiming that people of Muslim background are a threat to security. Fewer than 1 percent of the Polish population is Muslim.

Poland celebrates Independence Day on 11 November every year. It is to commemorate the anniversary of the restoration of Poland's sovereignty as the Second Polish Republic in 1918 after 123 years of partition by the Russian Empire, the Kingdom of Prussia and the Habsburg Empire.

White supremacy and white nationalism have been on the rise in western nations in the recent years. In 2017, a number of white supremacist groups participated in a rally called Unite the Right in Charlottesville on August 12th and 13th 2017. On the second day, fights broke between those participating in the rally and those protesting. A 20-year-old man, James Alex Fields Jr, reportedly rammed into the protestors with his car. Heather Heyer, a 32-year-old woman died after being hit by the car. There were multiple injuries as well. US President Donald Trump has spoken about the incident multiple times. His failure to specifically condemn the white supremacists has been criticized even by members of his own political party. 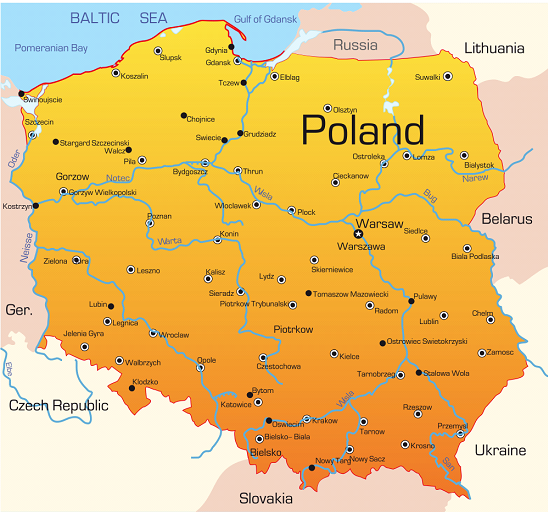 Thousands of nationalists and fascists from across the world are expected to flock to Poland on November 11th, 2017 to attend an annual "Independence March". Even though this march is held every year, this time around, the participation is higher than ever, and people are coming other countries as well.

The organizers are also seemingly paying a tribute to US President Donald Trump as the slogan for this year’s event is “We Want God”. These are words from an old religious Polish song that President Donald Trump quoted in July while visiting Warsaw this year. At the time he praised Poland for what he described as the country’s defence of Western civilization.

American White Supremacist Richard Spencer (who also attended the rally in Charlottesville) was expected to attend the event. However, perhaps due to pressure from the Polish government, his name has been dropped from the rally. The chairman of the Independence March association, Robert Bakiewicz, said during a recent press conference that the protesters want to confront atheist Europe and respond to the "invasion of immigrants".

"We are recalling the fighting church, which for centuries was the keystone and fundament of Europe", he said. "We want to show Catholicism not as a faith of weakness, but as a faith of strong people".

The march has been heavily criticized by anti-White Supremacist groups. Rafal Pankowski, head of the anti-extremist association Never Again said, “We know that Donald Trump is not the most religious man, and I think that most of the organizers are not very religious, either,” Pankowski, a sociologist, said. “But they use Christianity as a kind of identity marker, which is mostly about being anti-Islam now.”

Sociologists and experts have stated that despite being economically prosperous, Central Europeans hear about attacks by Islamic extremists in France, Germany and England and are therefore more prone to Islmaphobia. “Central Europe is living the happiest time in its history,” said Grigorij Meseznikov, president of the Institute for Public Affairs, a think tank in Slovakia. “Never was life in this region as prosperous as it is today.”

“If you look at Slovakia, the situation 25 years ago was much worse. There was high inflation and unemployment higher than 20 percent, yet we didn’t have a fascist party in the parliament,” Meseznikov said. “Today, we really have a functioning economy, low inflation, declining unemployment; we are in the EU and NATO. … And nevertheless there are fascists in the parliament.”

Beata Szydlo, Poland’s current prime minister, leads the right-wing populist Law and Justice party. On Thursday, she told a conference in Warsaw that Poland was "in favour of an EU where Christian traditions are not censorship".

Our assessment is that rising white nationalism should be a cause of concern for governments across the world as racism and bigotry will make the society more unsafe for minorities.