The commanding victories of populist parties in Austria's national election will certainly echo beyond the borders of the nation of 8.5 million people. The Conservative..

The commanding victories of populist parties in Austria's national election will certainly echo beyond the borders of the nation of 8.5 million people.

The Conservative People's Party led by 31 year old Sebastian Kurt, captured 31 percent of the votes, followed by the Freedom Party which took 27 %.

Austria is a federal republic and a landlocked country in Europe. It is home to over 8.7 million people. The origins of modern-day Austria date back to the time of the Habsburg dynasty, when the vast majority of the country was a part of the Holy Roman Empire. The Habsburg dynasty ruled the region until the first World War. It was joined with Nazi Germany during the second world war between 1938-1945. It was then occupied by the Allies, who divided up the country and the capital Vienna into separate sectors. The country signed the 1955 State Treaty which ensured that it would remain unified. It wasn’t split into a Soviet bloc and a Western bloc during the Cold War.

Europe is at the center of a crisis sparked by migration. In 2015 alone more than a million migrants and refugees crossed into Europe. A number of countries in the continent struggled to handle the influx of people entering their territories. Countries within the EU have had disagreements on how best to deal with the problem while also helping those seeking refuge.

Much of the migration from Africa comes to Italy. According to figures released by the International Organization for Migration (IOM), 98,072 people came from Africa to Italy from January 2017 to August 23rd, 2017.

The Presidential election in Austria was held in 2016. The then-president Heinz Fischer had served two terms and thus was not eligible to be elected for a third successive term. In the first round of the election, Norbert Hofer of the Freedom Party of Austria (FPÖ) received the most votes. FPO is a far-right political party. There were growing concerns in Europe over the rise of Hofer. However, in the second round, Hofer was beaten by Alexander Van der Bellen, who ran as an independent. 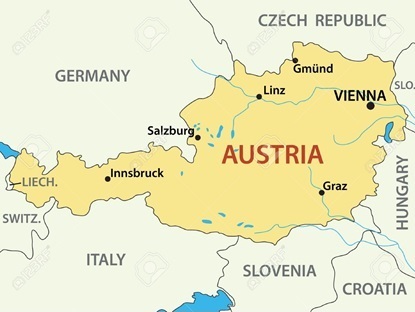 On October 15th, 2017, the Parliamentary elections were held in Austria. In total there were 6.4 million voters eligible (in Austria anyone 16 and above can vote). It was 183 seats of the National Council, which is the lower house of the Parliament. The country's main conservative party, led by current Foreign Minister Sebastian Kurz, topped the poll with 31.4 per cent. At 31 years of age, he would become the younger leader in Europe and the first millennial world head. The incumbent chancellor Christian Kern’s centre-left Social Democrats (SPÖ) were relegated to second place with 27% of the vote, while the far-right FPÖ took 25.9%,

Kurz, who is likely to become the next Chancellor, will now be tasked with forming a new government. He now has a choice to form a coalition with FPÖ, a party that has espoused views that have been criticized for propagating xenophobia and racist ideals.

Kurz’ victory is a shift within Austria towards a more protectionist and right-wing ideology. Although Kurz himself is viewed as a centrist figure, he campaigned on a strong anti-immigration platform. He constantly highlighted the role he played in closing down the Balkan route for refugees flowing into Europe in 2016. He was also a driving force to ban burqa in the country. Stephan Schulmeister, an economist who advised the last ÖVP chancellor, Wolfgang Schüssel, said that Kurz’s economic manifesto was similar to FPO. “Both parties want to lower tax on income and wages, which will above all play into the hands of the higher-earning 50% of the population,” said Schulmeister.

Kurz celebrated his victory noting, “Today is not the day of triumph over others, but today is our chance for real change in this country.” Kurz however is pro-European Union and is unlikely to withdraw the nation from the body.

Our assessment is that Kurz’ victory proves that right-wing populism is still a force to be reckoned with in Europe. This is likely going to cause concern within the European Union and across the Western World. Given its history and the role it played during the World War, Austria has always veered closely towards right-wing politics. We feel that the outcome portends a conservative - led government for the first time in a decade. The Socialist Party has led a coalition with the People's Party since 2007. Should the People's Party take the support of the far- right Freedom Party as its coalition partner, it would constitute a major shift in Austrian politics with implication for the rest of Europe. The Freedom Party was founded in the 1950s by former Nazis. The immigration crisis in Europe has further created an environment that has encouraged the rise of populism and protectionism.