Iran has threatened "crushing response" against the US government if the latter designates the Islamic Revolutionary Guard Corps a terrorist group and imposes fresh sanctions.

Iran has threatened "crushing response" against the US government if the latter designates the Islamic Revolutionary Guard Corps a terrorist group and imposes fresh sanctions.

Ties between the two nations are at a historic low as the US administration has threatened to decertify the landmark nuclear deal.

Iran is  the second-largest country in the Middle East. Iran, previously known as Persia, is part of one of the world’s oldest civilizations. The Achaemenid Empire in the sixth century BC, was at the time one of the largest empires in the world. In 1906, a constitutional monarchy was instated in the country and nation’s first legislature was formed. However, this was short-lived and the region became the Islamic republic in 1979, after a revolution overthrew the monarchy and clerics assumed political control under supreme leader Ayatollah Khomeini. Iran’s Islamic Revolutionary Guard Corps (IRGC) is a branch of Iran's Armed Forces founded after 1979 Revolution.

The Islamic Revolutionary Guard Corps (IRGC) is tasked with preserving the Islamic Republic of Iran and the ideals of the 1979 revolution. The IRGC combines traditional military roles with a relentless focus on supposed domestic enemies. The IRGC is Iran’s primary instrument for exporting the ideology of the Islamic Revolution worldwide. It is rigidly loyal to Iran’s clerical elite. The IRGC is Iran’s main link to its terrorist proxies, which the regime uses to boost Iran’s global influence.

Iranian law defines the IRGC as an “institution commanded by the Supreme Leader whose purpose is to protect the Islamic revolution of of Iran” . In the first months after the 1979 Iranian revolution, the IRGC operated as network of militant activit loyal to the revolutionary leader Ruhollah Khomeni.

Within the IRGC are the Basij militia and the Quds Force (IRGC-QF). The Basij, literally “mobilization,” is a paramilitary organization charged with channeling popular support for the Iranian regime. The Basij is famous for its recruitment of volunteers, many of them teenage children, for human wave attacks during the Iran-Iraq war. Today, the Basij has two missions: to provide defensive military training to protect the regime against foreign invasion, and to suppress domestic anti-regime activity through street violence and intimidation.  After the contested 2009 Iranian presidential elections, for example, the Basij brutally quashed protests and attacked student dormitories.

The IRGC’s Quds Force specializes in foreign missions, providing training, funding and weapons to extremist groups, including Iraqi insurgents, Hezbollah, and Hamas. The Quds Force allegedly participated in the 1994 suicide bombing of an Argentine Jewish community center, killing more than 80 and wounding about 300. In the years since, the Quds Force has armed anti-government militants in Bahrain, and assisted in a 2011 assassination attempt on Saudi Arabia’s ambassador to the United States. The Quds Force also plays a key role in support of Syrian regime forces in that country’s civil war.

In 1970, Iran ratified the Non-Proliferation Treaty and its nuclear program is subject to International Atomic Energy Agency (IAEA) verification. However, reports began to emerge in the 2000s, that the country was overseeing a uranium enrichment program without declaring it to the international community. An investigation by the IAEA revealed that it was conducting illicit activities by expanding its nuclear program. The nation was subjected to multiple harsh sanctions from the international community. This has cost the nation billions of dollars (estimated $100 billion in oil revenues alone till 2015).

After months of tireless negotiation, a landmark deal was struck between Iran and Western powers. The P5+1 and Iran reached an agreement that sought to lift most of the sanctions in exchange for limits on Iran's nuclear programs extending for at least ten years. The UN sanctions were lifted on January 16, 2016. The move was hailed by several nations in the European Union that conducted considerable business with Iran prior to the sanctions. Iran had been one of the main resources for oil imports.

However, US President Donald Trump has often been highly critical of the deal. He has threatened to decertify it multiple times in 2017 alone. 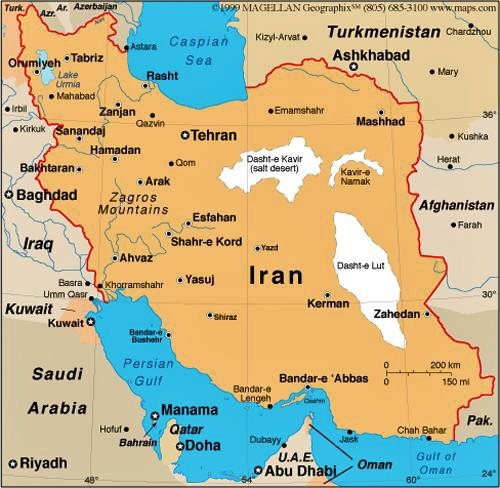 Iran has also warned the US against deeming its Revolutionary Guard a terrorist organization. The White House has revealed that President Donald Trump would announce new U.S. responses to Iran’s missile tests. The government has also insinuated that the IRGC is a terror group.

Guards’ commander Mohammad Ali Jafari said, “If the news is correct about the stupidity of the American government in considering the Revolutionary Guards a terrorist group, then the Revolutionary Guards will consider the American army to be like Islamic State all around the world particularly in the Middle East.” He added, “As we’ve announced in the past, if America’s new law for sanctions is passed, this country will have to move their regional bases outside the 2,000 km range of Iran’s missiles.”

Our assessment is that if the Americans are to declare the Revolutionary Guards as a terrorist organization, the Iranian regime will close ranks and become a more dangerous force in the Middle East. The Revolutionary Guards (IRGC) together with its foreign espionage arm, the Quds Force, are Iran’s most powerful internal and external security force. We believe that cornering them would be unwise as this move would further complicate the crisis in the Middle East and could make Iran’s role more disruptive. We notice that the high rhetoric has come from the IRGC. We also feel that such a move would prompt Iran to work against the interest of the US and reduce its commitment to fight ISIS. We reckon that such a move will heighten the tension with Israel and possibly lead to a conflict which will be very detrimental to the region.