Amidst the plush surroundings of his opulent Florida resort, Mar-a-Lago (spread over 20 acres, the mansion is appropriately called "sea to the lake"), former President Donald Trump publicly threw his hat into the ring, declaring his intention to fight the 2024 U.S. Presidential Elections.

As deafening cheering roared in the background, Mr Trump described his first term as the best thing that happened to America, albeit in not so many words, but the intent was there. The cheer that greeted his claims showed that there were few doubters amongst the attendees. This was just a microcosm of the large following he enjoys amongst various segments of American society, making him a force difficult to ignore, despite his recent failings in the midterm elections.

Mr Trump rode to victory in his first term on his slogan ‘Making America Great Again.” Playing on the age-old fear of the white Caucasian electorate of being swamped by non-white immigrants, both legal and illegal, and the ‘devious games’ of the Red Dragon pampered and encouraged by a greedy and corrupt anti-nationalist lobby, Mr Trump found resonance amongst a large swathe of the population. This made him the President in 2016 and brought him tantalising close to a second term in 2020, a loss that he never tires of labelling as being 'stolen from him.'

Since the seizure of the Capitol, Mr Trump has ensured that he never fades away from the limelight. He has retained a foothold in the GOP's election strategy, virtually controlling the ebb and flow of the election campaign and the political narrative leading to the mid-term elections. His comeback was clearly a foregone conclusion unless a cataclysmic event forced the GOP to seek an alternative. Many of Trump's handpicked candidates were chosen to represent the Republican party, including a number of important governorships. A 'red landslide' was anticipated that would have sealed his nomination as the Republican candidate for 2024. But then, the electorate did not play according to the script! The Democrats retained control of the Senate, while the Republicans have just managed a razor-thin majority in the House of Representatives.

In his speech to his supporters gathered at Mar-a-Lago, Mr Trump spoke on his now-familiar theme of 'making America great' and rescuing it from the people who are making the U.S. “ a nation in decline." He predicted things would get worse under Joe Biden in the next two years, making his task to 'fix it' much more difficult. But he would do it. He also slyly hinted at Chinese involvement in the electoral losses to the Republicans, claiming that under his presidentship, China, for the first time, was forced to cough up 'thousands of billions' in tariffs and duties, which successive pliable and uncaring administrations (meaning Democrats Clinton, Obama and now Biden) were scared to touch. 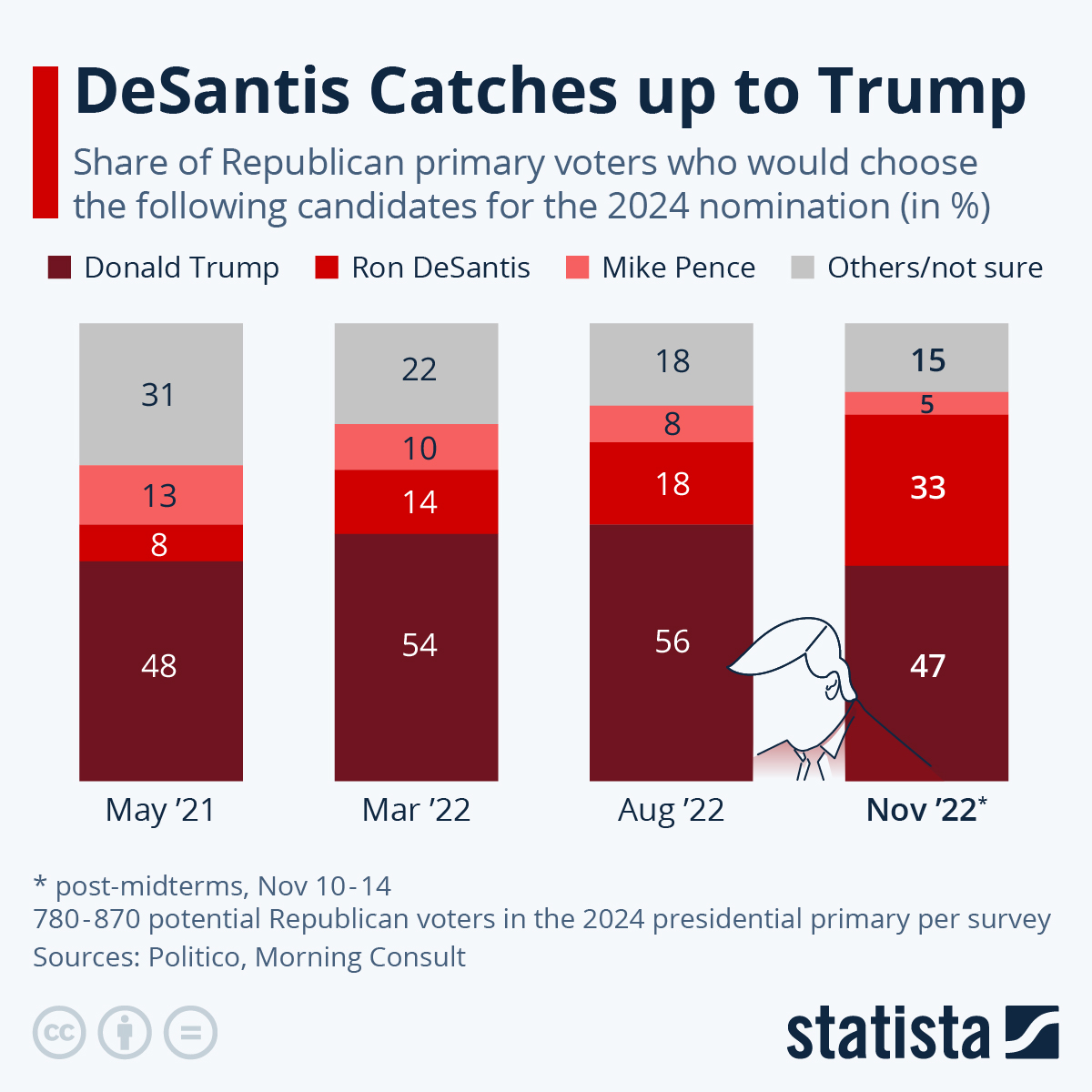 For any neutral observer exposed to Trumpism over the four years of his presidency, this was 'old wine in an old bottle.' Even the subsequent media coverage by his supporting news outlet could find nothing new to brandish and repeat his old claims. The mid-term elections showed that the over-the-top, aggressive campaigning that Trump and his media team orchestrated did not convince the voters; in fact, they may have proved counterproductive, especially among young university graduates who tend to tire of the same slogans being repeated and again.

What prompted Mr Trump to announce his candidacy so early after the mid-term elections when the consensus is that the hype built up around its results in favour of the Republicans failed to materialise? Is Mr Trump worried that with the passage of a few more months, his re-election bid may become weaker within the party as rival power centres emerge? After all, there will be introspection within the Republican party to assess how much real popularity Mr Trump enjoys and his exact role in the recent elections. Mr Trump's report card for the mid-term elections may not be as rosy as he pronounced at Mar-a- Lago.

Governor Ron DeSantis won his second term in Florida entirely on his performance and threatened to overshadow Mr Trump. Another rising personality is Mr Glenn Youngkin, the governor of Virginia. However, he was prudent enough not to poke fun at both his potential rivals, as he has done in the past on many public platforms.

Then there is the ongoing investigation by the U.S Department of Justice on charges of his inappropriately classified materials from the White House. The DOJ would face much public and private resistance in legally moving against a popular presidential candidate.