Facebook is reportedly looking to hire new employees who already come with National Security clearances. This is the latest step taken by the social media giant to address..

This is the latest step taken by the social media giant to address the US government’s claims of Russian interference in the American elections.

The consensus among the intelligence agencies in the US is that Russia conducted an “influence” campaign to harm Hillary Clinton’s presidential bid. Russia allegedly played a role in flooding social media platforms like Facebook and Twitter with fake news stories depicting Hillary Clinton negatively.

In September 2017, social media giant Facebook admitted to finding approximately $100,000 worth of ads connected to Russia. Alex Stamos, Chief Security Officer took to Facebook and wrote about the developments noting, “In reviewing the ads buys, we have found approximately $100,000 in ad spending from June of 2015 to May of 2017 — associated with roughly 3,000 ads — that was connected to about 470 inauthentic accounts and Pages in violation of our policies. Our analysis suggests these accounts and Pages were affiliated with one another and likely operated out of Russia.”

Intelligence agencies have said that one of the main perpetrators of this disinformation campaign was a company called Internet Research Agency. It has been described as a “troll farm” and is based out of Russia. This “farm” concentrated on divisive social issues for the US, particularly civil rights. According to reports, in total, 250 people were employed, with 90 dedicated trolls working on the US election campaign at its peak. 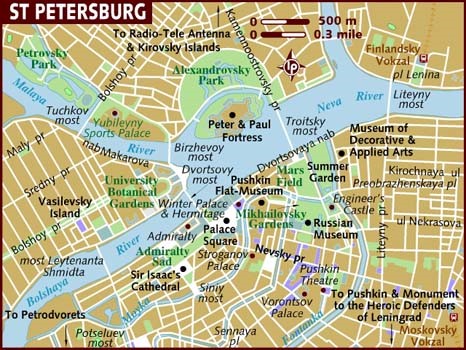 Facebook has turned over all information about ads "likely" purchased by Russian operatives to Robert Mueller and his team. The former head of FBI is currently driving the investigation overseeing the Russian interference. He has also impaneled a grand jury. Russia has repeatedly denied that Kremlin had any role to play.

Amid heightened scrutiny by the US government on online platforms such as Twitter, Facebook and Google, reports have emerged that Facebook is looking to hire employees who have National Security clearances. Bloomberg reports: “Workers with such [national security] clearances can access information classified by the US government. Facebook plans to use these people – and their ability to receive government information about potential threats – in the company’s attempt to search more proactively for questionable social media campaigns ahead of elections.”

Chief executives of Facebook, Google, and Twitter, will be questioned again next month by Congressional committees. This has resulted in these platforms tailoring their news feeds and buckling to the pressure. Robert Bridge, a fellow Op-Edge contributor, said Facebook appears to be deliberately blocking links disseminating particular news stories carried by the channel. Bridge said that US internet companies have substantially curbed the search freedom previously enjoyed on the internet. “It's really incredible how Google and YouTube have earnestly started manipulating their algorithms and censoring news, ” says Bridge. “I was researching a story recently, and it was so difficult to pull up any relevant information that was not critical of Putin or Russia.”

However, it should be noted that by simply hiring people with National Security clearances, Facebook will not automatically get access to sensitive material. To receive classified information, Facebook itself would need government approval as well, according to Alan Edmunds, a national security lawyer. "You can’t just get a person with a security clearance out of the clear blue and tell them to access classified information for a business without a business itself having a clearance," he said.

It has been announced that Facebook plans to add more than 250 people across its teams that deal with security and safety.

Facebook, Google and Twitter Inc. are set to testify to Congress on Nov. 1 about Russia’s use of their services and ads to meddle in U.S. elections.

Our assessment is that the use of social media has become ubiquitous not just among individual groups and businesses but also government institutions. In the arcane, complex and potentially intrusive world of intelligence, new opportunities to bolster public knowledge and accountability is utilized by intelligence agencies across the world. The establishment of social media pages is indicative of new opportunities for interface between intelligence communities and the public, perhaps with a role to play for the news media. We believe that scholars are looking at social media as a tool for intelligence collection and analysis (SOCMINT).