Around 4.8 million people are at risk of being deported from the state of Assam in India. The government has asked applicants to provide documentation proving..

Around 4.8 million people are at risk of being deported from the state of Assam in India. The government has asked applicants to provide documentation proving that their families have been in India prior to 1971.

Will this cause another refugee crisis in the Indian sub-continent?

During the Bangladesh Liberation War, the Bangladesh-India border was opened to allow Bengalis fleeing genocide by the Pakistan Army's SSG units to render safe shelter in India. The state governments of India, such as West Bengal, Assam, Meghalaya and Tripura established refugee camps along the border. As the massacres in Bangladesh escalated, an estimated 10 million refugees fled to India causing financial hardship as well as regional conflicts in the north-eastern states. To this day, refugees continue to cross to the Indian side in droves. They generally come through either West Bengal or North East India. In 2001 it was reported that many Bangladeshi Hindu families have crossed the border into India to escape repression in Bangladesh.

Over the years, India has been home to refugees from various parts of the sub-continent. This includes refugees from Tibet and Tamil refugees from Sri Lanka. More than 60,000 Afghan refugees came to India in the years following the 1979 to 1989 Soviet–Afghan War.

Most recently, India has been home to over 40,000 Rohingya Muslim refugees from Myanmar. Controversy erupted when the Indian government stated that they would be deported. Kiren Rijiju, India’s Union Minister of State for Home Affairs, had issued a statement to the Parliament noting that “the government has issued detailed instructions for deportation of illegal foreign nationals including Rohingyas.”

At the time, Meenakshi Ganguly, South Asia director of HRW in a statement noted, “India has a long record of helping vulnerable populations fleeing from neighboring countries, including Sri Lankans, Afghans, and Tibetans. Indian authorities should abide by India’s international legal obligations and not forcibly return any Rohingya to Burma without first fairly evaluating their claims as refugees.” 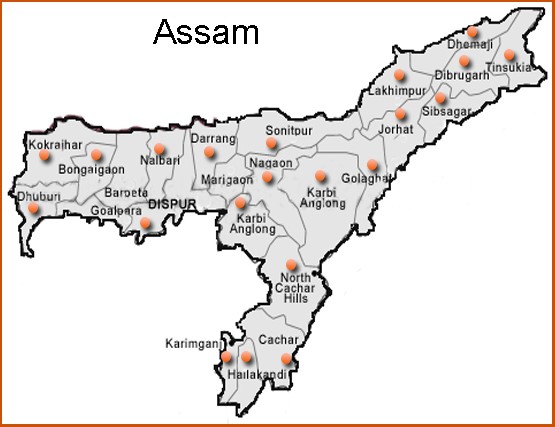 There is a possibility that nearly five million people residing in Assam will become stateless and deported. This is because the state government is planning to publish a preliminary list of citizens to incorporate into its National Register of Citizens (NRC). A senior official has revealed that there is discrepancy in the family trees of nearly 4.8 million applicants and this puts them at risk of being deported. The government has asked documentation from people to prove that their families were in India before 1971.

However, those who are Hindu, will be allowed to stay in India. This is in line with the official Indian policy to provide refuge to Hindus who have been persecuted in their homelands. Thus, it will be Muslims who are likely to be deported.

An official from the Assamese government has noted that it is unlikely that these 4.8 million applicants will stay back in India stating, “... at least most of them, can make it into the NRC.”

"All those whose names do not figure in the NRC will have to be deported," stated Himanta Biswa Sarma, Assam's finance and health minister. The government has not provided any information on where these deported individuals would be sent to. Altaf Hossain, one of the people likely to be deported has expressed his fears, stating that he had always thought of India as “home.” He said, “I am not in the first list, the authorities have supposedly found a mismatch in my family tree. My family has lived in Assam since 1942 and now I can suddenly become stateless.”

Anil Sutradhar, a Hindu carpenter has also found himself in trouble after finding out his name was not on the list. He said, “My great-grandfather came to Assam from what was then East Bengal in the 1930s. If I can't get my name in the next list, it will be a disaster. Can I go back to Bangladesh now?”

Experts have noted that this move by the government would cause a refugee crisis in the Indian sub-continent. “If most citizens don’t get to retain their citizenship in Assam, we are looking at a huge mass of stateless persons like in Myanmar’s Rakhine province. It would end up in a similar humanitarian crisis,” said Anita Sengupta, head of the Calcutta Research Group.

Our assessment is that the fate of millions living in India hangs in the balance and that the government has not provided logistic details on how the deportation would take place. There is no clarity on where those being deported would be expelled to. When millions in India become stateless, it could trigger yet another Rakhine-like crisis in the Indian sub-continent.