The dire forebodings spewed by financial pundits at the start of the pandemic are now coming home to roost. As we look around our immediate neighbourhood, the signs are as clear as day. Sri Lanka, whose newly instituted Prime Minister declared soon after assuming office that only one day’s supply of gasoline was left, Pakistan caught in a political cauldron trying to cash in the goodwill of its eternal friend China and the richer nations of the Islamic ummah and the small mountainous nation of Nepal, famous for its kukri wielding Gurkhas, looks at its elder brother India for economic succour. For India, these financial meltdowns are too close for comfort.

After Sri Lanka, Pakistan is being considered to be the next in economic doldrums as its foreign exchange reserves are abysmally low, with a trade deficit touching $39 billion. Pakistan has also among the highest foreign debt, which stands at USD 130.6 billion by end-December 2021.

Nepal, like Sri Lanka, is facing depleted foreign currency reserves due to excessive imports, particularly luxury items. This, coupled with rising prices of food and petroleum across the world and a decrease in tourism due to the pandemic, has further worsened the situation.

However, these aren’t the only reasons; Nepal admits, as reported by the Nepal Times, that there has been misuse of loans, such as agricultural loans being invested in real estate, more spending on luxury goods as well as some cases of smuggling of gold and silver out of Nepal to other countries have been detrimental to the economy.

Also, Nepal’s uncontrolled credit flow policies have led to a negative effect on the economy. Nepal Rashtra Bank has not done an adequately effective job in overseeing agricultural credit. Therefore, stricter rules around the disbursement of loans have now been issued by the Central Bank to all the banks in the country.

The Russia-Ukraine war has increased global fuel prices leading to rising prices in food, industry, and transportation, turning an already bad situation into a crisis. 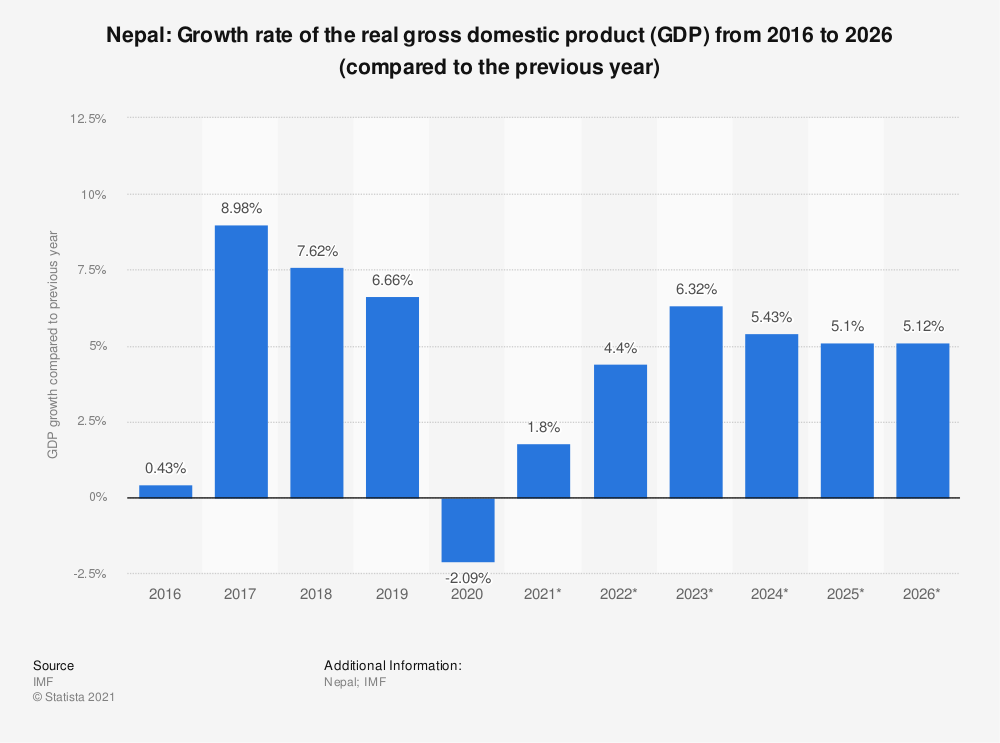 Experts blame the Sri Lankan economic crisis on fundamental mistakes such as banning chemical fertilizers in favour of an overnight change to organic farming that affected agriculture and a populist tax cuts system introduced in 2019 that arrested foreign remittances.

Nepal takes umbrage at being placed in the same slot as Sri Lanka. As per Mr Madhu Kumar Marasini, Secretary at the Ministry of Finance, quoted in Nepal Times, as of January, the foreign reserves stood at Nepalese Rs 11.71 trillion and a national debt of about Nepalese Rs 40.5 billion. In comparison, Sri Lanka’s foreign reserves have dwindled down to the equivalent of Nepalese Rs 2 billion, with a national debt of more than Nepalese Rs 7 billion. As per the minister, the government has "discouraged the import of luxury goods to reduce the pressure on foreign reserves." Additionally, Nepal banks have been asked to expand their services abroad to receive more remittances through official channels. Also, increasing interest rates on loans have been proposed to reduce demand.

Efforts are being made in Nepal to correct the situation in the longer term too. The budget will lay emphasis on prioritizing agriculture, tourism, hydropower, and entrepreneurship to give a boost to domestic production, increase exports, and discourage imports. The Ministry of Finance, Central Bank and the Planning Commission are working together to find solutions. In addition, there is an attempt to decentralize expenditure for the effective implementation of local projects.

China has been a crucial factor in Nepal’s growth story. But at this time of crisis, not much help from China seems to be forthcoming, leading to reportedly 'strain in relations'. Recent border closure by China affected Nepalese trade, generating disgruntlement amidst the already stressed business community in Nepal. Like all other trading partners of China, Nepal too suffers from a huge trade deficit which would be difficult to bridge unless consumption levels are drastically reduced. For a nation with little manufacturing capacity, then the option would be to turn to Indian imports, which would be even more costly. China has tried to make amends by ratifying a US4 500 million deal under the Millennium Challenge Corporation in February.

Border disputes notwithstanding, Nepal and India are working to strengthen diplomatic ties. Prime Minister Sher Bahadur Deuba had, on April 3, 2022, come on a three-day visit to India. Resolving disputes through diplomatic means may augur well for Nepal as there has been a lower volume of exports from the country to India, and trade relations with India will only strengthen Nepal's economy. In mid-May, Prime Minister Modi made a one-day trip to Nepal, where both Prime Ministers jointly participated in ceremonies associated with Lord Buddha's birthday. It was a good opportunity for both leaders to strengthen their partnership, including addressing the issue of trade and connectivity.

While smaller neighbours have great expectations from India in their present dire economic straits, India too faces some stiff challenges. While economists maintain that India is in a much better position to weather the storm, however, no country-big or small- can escape the impact of rising energy costs and fracturing of the global market into trading blocs.