Gen. Joseph Dunford, chairman of the Joint Chiefs of Staff has provided more information on the October 4th attack that took place on American and Nigerien troops in Niger.

Gen. Joseph Dunford, chairman of the Joint Chiefs of Staff has provided more information on the October 4th attack that took place on American and Nigerien troops in Niger. The attack resulted in the deaths of four Americans and five Nigerians.

The United States Armed Forces consists of the Army, Marine Corps, Navy, Air Force and Coast Guard. The President of the United States is the commander-in-chief of the U.S. Armed Forces.  All five armed services are among the seven uniformed services of the United States. The U.S. Armed Forces is one of the largest militaries in terms of number of personnel. Almost $580.3 billion is spent annually to fund its military forces and Overseas Contingency Operations. The largest air force in the world is the U.S. Air Force. The world’s second largest air arm is the U.S. Navy and the U.S. Marine Corps combined. The U.S. Navy is the largest navy by tonnage.

In September 2012, there was a coordinated attack against two United States government facilities in Benghazi, Libya. The attack was conducted by members of the Islamic militant group Ansar al-Sharia. U.S. Ambassador to Libya J. Christopher Stevens and U.S. Foreign Service Information Management Officer Sean Smith were both killed during the attacks. Stevens was the first US Ambassador to be killed in the line of duty since 1979. The Benghazi attack as it was labelled became the center of a controversy with the US administration. State Department officials were blamed for security lapses. In particular, they had denied requests for additional security. The request had been made before the attacks took place. At the time, Hillary Clinton was the Secretary of State and she took responsibility for the lapse in security during that period. 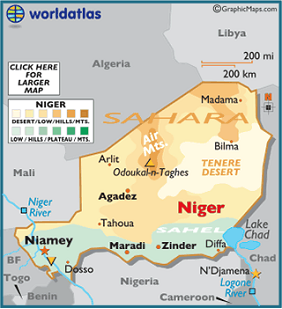 On October 4th 2017, a joint patrol between US and Nigerien troops were ambushed. They were attacked with machine-gun and rocket fire. The attack resulted in the deaths of five Nigerien and four Americans. The soldiers (12 soldiers from the U.S. 3rd Special Forces Group and 30 Nigerian troops) had been on a civil reconnaissance mission. The soldiers met with local leaders, who appeared to be stalling them and making them wait. Around the time the soldiers were returning to their base in unarmored vehicles when armed ISGS militants began their assault against the soldiers. They were believed to be led by Dondou Chefou, a lieutenant in the terrorist group. French aircraft came to provide assistance.

The bodies of the slain soldiers were removed by private contractors. However, Sgt La David Johnson appears to have separated from the rest of the soldiers during the attack. His body was found 48 hours after the attack and it was retrieved from nearly a mile away from where the attack took place. Critics and lawmakers such as Senator John McCain have raised concerns over security provided to soldiers and what occurred on October 4th.

Gen. Joseph Dunford, chairman of the Joint Chiefs of Staff has provided some information on the attack. He said that soldiers did not seek support during the first hour of the attack. He noted, "It's important to note when they didn't ask for support for that first hour, my judgment would be that that unit thought they could handle the situation without additional support. And so well we'll find out in the investigation exactly why it took an hour for them to call."

Dunford added that the US authorities “owed you more information; more importantly, we owe the families of the fallen more information. Did the mission change? It's a fair question."

He also said that he did not have any information regarding whether the soldiers were acting outside of the standing orders provided to them. Dunford stated, “I don't have any indication right now to believe or to know that they did anything other than operate within the orders that they were given," Dunford said. "That's what the investigation's all about. So I think anyone that speculates about what special operations forces did or didn't do is doing exactly that, they're speculating.”

For now, Dunford has admitted that there remain multiple questions over what went wrong on that fateful day. He said, “It was planned as a reconnaissance mission. What happened after they began to execute, in other words, did the mission change? That is one of the questions that's being asked. It's a fair question but I can't tell you definitively the answer to that question. But, yes, we've seen the reports, we've seen the speculation.”

Some lawmakers have even expressed surprise over the fact that there were American troops in Niger. Senator Lindsey Graham noted, “I didn't know there was 1,000 troops in Niger.”

Meanwhile, the family of La David Johnson has criticized US President Donald Trump over the alleged insensitivity of his remarks while he spoke to Johnson’s widow. Additionally, Johnson’s wife Myeshia Johnson has revealed that she had not been allowed to look inside the coffin carrying her husband’s body. She said she had no way to knowing that it was her husband in there.

Our assessment is that it is clear that many questions still remain over how and why the attacks took place. There is no clarity over how Sgt La David Johnson was separated from his group. Was he left behind? Were there any security lapses? As the scandal continues to build, the Niger attack might build up like the Benghazi attacks.