Qatar Airway’s Chief Executive Officer Akbar al-Baker has revealed that the airline carrier will be reporting a “very large loss” for the fiscal year. This is due to the..

Qatar Airway’s Chief Executive Officer Akbar al-Baker has revealed that the airline carrier will be reporting a “very large loss” for the fiscal year. This is due to the restrictions imposed by Saudi Arabia, the UAE, Bahrain and Egypt.

In June 2017, a Saudi Arabia-led bloc of countries cut all ties with Qatar and this resulted in its sea links and air links being cut off as well.

The Gulf region is in the midst of one of its worst diplomatic crises. Tensions have long existed between Qatar and its neighbors. Saudi Arabia has especially been irked by the seemingly friendly equation shared by Qatar and Iran.

Saudi Arabia, Bahrain, the United Arab Emirates and Egypt cut all ties with Qatar in June 2017. The countries alleged that Qatar sponsors terrorist outfits – a charge that Qatar has denied. As a result of the impasse, Qatar’s sea links, air links and road links have been cut off.

The Saudi-bloc has put forth a set of six principles for Qatar to comply with. This includes making a commitment to fight terrorism. Qatar, has not directly responded to these principles but it has said that it was willing to enter negotiations. Qatar’s Emir, Sheikh Tamim bin Hamad Al Thani has noted that any discussions should respect Qatar’s sovereignty. It has also said that no negotiations can take place unless the blockade is lifted. Neither party has set a deadline to enter any form of negotiations.

In 2017, Qatar filed a legal complaint with the World Trade Organization challenging the trade boycott initiated by Saudi Arabia, Bahrain and United Arab Emirates. It has however struggled to ensure that its economy does not collapse. According to Moody’s, Qatar used $38.5 billion of its reserve to support the economy since the impasse. Turkey and Iran have become Qatar’s main partners in trade after the blockade was imposed. The region’s exports of oil and gas have continued without any interruptions. 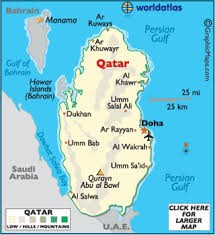 Qatar Airways, is the state-owned flag carrier of Qatar. Founded in 1993, the airline operates a hub-and-spoke network, linking over 150 international destinations across Africa, Central Asia, Europe, Far East, South Asia, Middle East, North America, South America and Oceania from its base at Hamad International Airport, using a fleet of more than 180 aircraft. Qatar Airways Group employs more than 40,000 people, of whom 24,000 work directly for Qatar Airways.

Akbar al-Baker the CEO of Qatar airways has warned that the company will be reporting a massive loss soon. He was speaking at the annual tourism fair in Berlin. The loss will be for the current fiscal year.

"We will announce a very large loss during the current financial year, which ends this month," Akbar al-Baker said, without giving further details.

He was also asked when the organization would have to resort to calling its state owners for extra funds should the blockade continue. "Not for the foreseeable future, but if it continues long term our shareholders will have to put additional equity into the company," he responded.

The airline will need to find new streams of financing to survive since it has no access to the equivalent of US Chapter 11 bankruptcy protection. Despite the fact that the group is going to report losses, the airlines is also drawing up plans for further expansion. Akbar al-Baker has announced the airline carrier has “aggressive expansion plans” and 16 new destinations will be added for the year 2018-2019.

Our assessment is that the Saudi-led blockade has begun to choke the Qatari economy. The oil-rich nation has begun liquidating its foreign assets in order to pump money back into the economy in order to keep the economy afloat. It remains to be seen if the Qatar and Saudi Arabia will be able to end the impasse and set about normalizing relations.