Press on a Short Leash?

Singapore has passed a new law that limits foreign interference in domestic affairs, which could potentially impede neutral press operations.

Singapore, acknowledged as Asia's economic powerhouse, has always attracted a diverse and multi-ethnic group of workers to its employment pool. Not surprisingly, it has made huge strides and emerged as the leading financial centre in Asia. Along with this prosperity, which has ridden the wave of international capital, has come the scrutiny and attention of the international media, which feels entitled to keep a close watch on this dynamic island nation.

Therefore, not surprisingly, the new Foreign Interference (Countermeasures) Act (FICA), which restricts the freedom of the international press have raised a storm of protest. Even more importantly, it has raised the question of whether these changes portend a significant impact on Singapore’s democratic credentials.

Singapore is a multi-ethnic society, which traces its origins to steady streams of historic migration. Its residents are categorised into four main racial groups: Chinese, Malay, Indian, and Others. The Chinese comprise the largest ethnic group, which is nearly three-quarters of the country's population.

Since 1965, the country has practised Parliamentary Democracy. However, the utter domination of the ruling The People’s Action Party (PAP), that has held the reins of power in Singapore since its inception, have raised accusations of 'limited democracy'. Yet, Singapore remains a popular destination for expatriates because of its ease of living facilitated by its world-class infrastructure and a dynamic business culture making it one of the best global cities to live in.

The PAP government has retained tight control over the society, maintaining its commanding presence in all aspects of the nation's socio-economic, political, and cultural affairs. The passage of FICA is being seen as yet another tool to consolidate its grip, considering the overall failure of the government to fully control the COVID-19 pandemic and its socio-economic fallout. 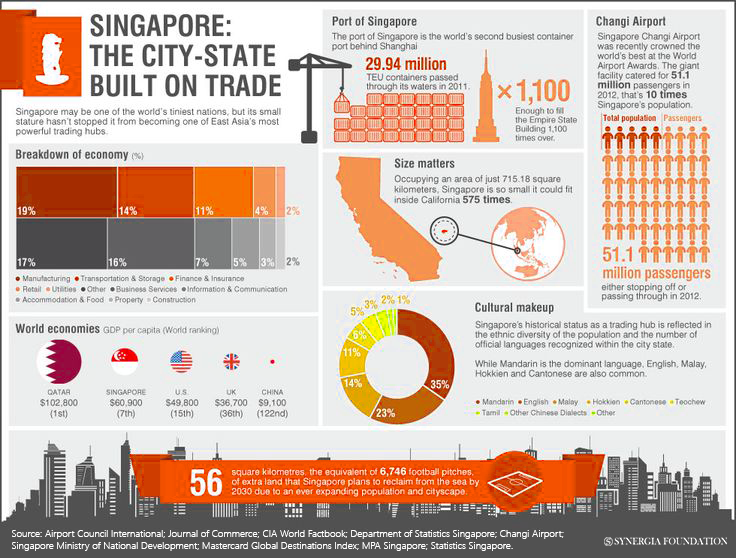 The government can also designate organisations or individuals as ‘politically significant persons’ if their work is considered political. They could be required to disclose their funding sources. The law also gives authorities the power to prevent apps from being downloaded in Singapore if those apps are known to be used by foreign principals to conduct hostile information campaigns.

FICA has received widespread criticism from the media, opposition parties and civil society organisations and is labelled as a serious threat to the country's democratic fabric. FICA potentially enables the government to censor the content of any independent media outlet because of its foreign links and halt its operations. The law also covers a broad range of platforms that could face penalties if they do not comply with orders to take down content or post corrections.

The justification put forth by the Singaporean Ministry of Home Affairs is that foreign interference poses a serious threat to Singapore’s ‘political sovereignty and national security’. The FICA law is aimed at strengthening the government’s ability to ‘prevent, detect or disrupt’ any foreign interference in domestic politics through either ‘hostile information campaigns’ and ‘use of local proxies’. The government has cited its multi-ethnic population claiming it to be vulnerable to “hostile information campaigns that could mislead on political issues or stir up dissent and disharmony by playing up controversial issues such as race and religion".

Such laws that try to muzzle social media and create roadblocks for independent international press are not confined to Singapore. Sadly, other democracies are also seeking a judicial route to restrict the powers of the media, especially social media. Australia had earlier commenced an investigation into potential foreign political interference through social media platforms such as Facebook, Twitter and WeChat. In Putin’s Russia, a similar trend was exposed through new regulations, which required that entities and individuals designated by Moscow as "media foreign agents" must note the designation in material published with a prominent, state-mandated disclaimer.

While a move to regulate foreign interference in Singapore’s internal affairs might be well-founded, the FICA law presents authorities with far-reaching powers which could potentially be abused. The legislation defines the act of ‘engaging in conduct on behalf of a foreign principal’ too broadly. Civil society members and independent media organisations are already expressing concern over its possible coverage and scope.