Fifteen powerful wildfires have raged across Northern California in the US killing at least 10 people. The fire, whipped by strong winds, scorched through the wine country and..

Fifteen powerful wildfires have raged across Northern California in the US killing at least 10 people. The fire, whipped by strong winds, scorched through the wine country and burned down over 1,500 homes as well as businesses.

California often witnesses wildfires nearly every year. This occurs during the months that span from late spring to autumn. It has been attributed to the state’s dry, windy and hot weather that has the capacity to produce moderate to massive wildfires.

In 1991, the state witnessed one of the worst wildfires in recent history. The Oakland firestorm of 1991 resulted in the deaths of 25 people. It also caused around 150 injuries and destroyed 2,843 single-family dwellings and 437 apartment and condominium units. The economic loss has been estimated at $1.5 billion.

Given below is a historic overview of some of the worst brush and forest fires in history:

The fire occurred in Michigan, USA from September 4th through 6th, 1881. It resulted in 282 deaths  and at least 15,000 left homeless. Many more were left blind due to the smoke.

Occurring in Oregon USA, the fire burned over 988,000 acres. There were no human casualties.

On October 7th, 1825, the Miramichi region in New Brunswick, Canada witnessed a horrific forest fire that resulted in the deaths of 160 people.

A series of bush fires took place in Australia from February 2009. It spread due to dry, hot climate coupled with strong winds. 173 people died and over 7,000 were displaced.

There were 4,108 fires in California in 2008. Drought and lightning storms were the main cause for the fires. It spread over an area of 1,375,781 acres. 26,000 residents were evacuated and many lost their homes.

The Siberian forest fires in 2003 spread across 47 million acres of land. They were attributed to increasing temperature in the region.

Rehabilitation after such fires cost the government billions of dollars. A survey published by the Western Forestry Leadership Coalition revealed that rehabilitation costs ranged from $8 billion in the case of a 44,000-acre Montana fire in July 2000 to more than half a billion dollars in the wake of a 2003 wildfire complex in California. 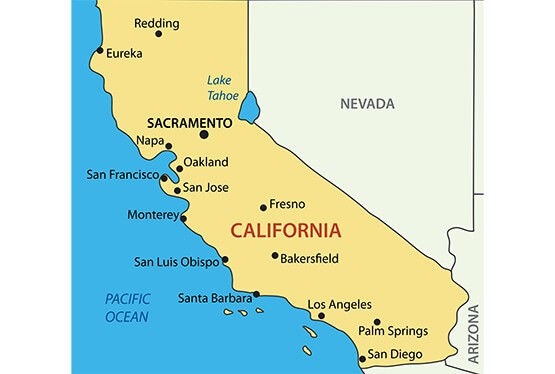 The fifteen wildfires in Northern California have resulted in the deaths of at least 10 people. Authorities have revealed that 100 have been injured and 1,500 homes and businesses have been destroyed. Thousands of residents have had to abandon their homes as the fires ravaged on. Two hospitals in Santa Rosa had to evacuate their patients. This is among the largest and deadliest wildfires in the history of California. Authorities have warned that the death toll is likely to rise.

Wildfires were burning over 119,032 acres in California. Additionally, Californian Governor, Jerry Brown has declared a state of emergency for Napa, Sonoma and Yuba counties.

The fire ignited on October 8th, 2017. It spread at an unprecedented speed because of dry conditions. Santa Rosa, home to 175,000 people has suffered the most devastation. The region is known as wine country. Napa Valley, home to some of the largest vineyards in the nation, has also been devastated by the fire. Alison Crowe, a winemaker for Garnet Vineyards & Picket Fence Vineyards in Napa Valley spoke to CNN noting, “I have friends fighting off fires with hoses in the hills. Thankfully a lot of my friends got out last night. It's scary. We feel surrounded.” Crowe however has noted that the present concern does not have to do with wine. She said, “Wine doesn't matter, people matter. I know that's people's attitude right now.”

Napa County Fire Chief Barry spoke about the current conditions noting, “As of right now, with these conditions, we can't get in front of this fire and do anything about the forward progress.”

National Weather Service has said that after October 10th, 2017, the wind and fire threat will decrease. However, this is the case only for Northern California. The threat remains for the South.

Our assessment is that recovery and rehabilitation for these regions is going to cost the state billions of dollars. Climate change continues to be a clear and present danger. Research has shown that in the last 30 years, climate change has doubled the area burned by forest fires in the western United States. It has also resulted in the fire season extending for a longer period. The federal cost of fighting forest fires has risen substantially. Fires cost the U.S. Forest Service more than $2 billion in 2015.