"Democracy in Hong Kong is flourishing" was the Communist Party's statement in a recently released white paper. However, in December 2021, during the Hong Kong elections, only ‘patriots’ or, in other words, supporters of the Chinese Communist Party were allowed to stand.

Under the agreement with UK for handing back Hong Kong to PRC in 1997, China had agreed on a 'one country, two systems’ approach. Hong Kong was envisioned as a special administrative region, which while officially a part of mainland China, was permitted to continue with its existing political and economic system inherited from the British.

Over the years, Hong Kong has had its own currency, economy, governance, and legal system. However, national defence and diplomacy fell within China’s control. In recent years, Beijing has systematically attempted to whittle down this autonomy. In 2019, for example, an extradition bill was passed, which meant that HongKongers could be extradited to cities they did not have extradition agreements with. This led to massive protests, which went on for nearly a year. 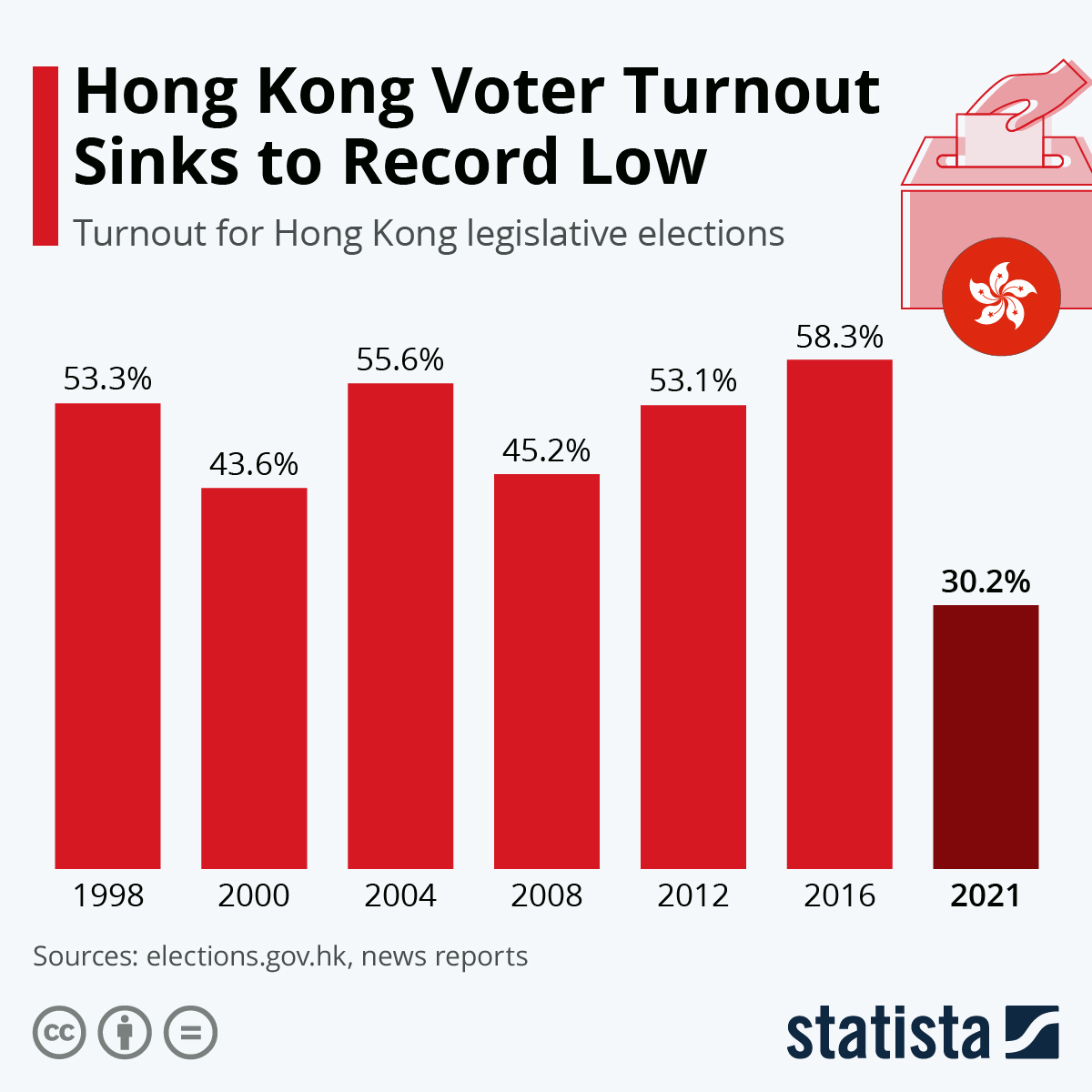 The March 2021 Chinese parliament resolution foreclosed forever the aspirations of a true autonomy that Hong Kong's prosperous inhabitants had entertained since 1997. Beijing now had the power to appoint a greater number of lawmakers, thus reducing the power and influence of popularly elected members. This may have seemed like a death knell to Hong Kong's autonomy, but the worst was yet to follow.

The results of the December 2021 elections were stark; out of the 90 members, 89 of them were CCP supporters/ nominees. In any case, the opposition was in shambles, with the bulk of its leading politicians in jail or in hiding—the few who remained free considered discretion as the better part of valour. According to the Hong Kong Electoral Commission, the voter turnout had fallen to a dismal 30 per cent, a record by itself for an erstwhile flourishing democracy.

Apparently, the new legislature is expected to be a 'firmly patriotic body' which will defend Chinese interests and support the government. With Beijing firmly standing behind it, it is bound to exercise near-total compliance of government diktat. According to Tim Summers, a senior consulting fellow at the Chatham House, social issues will dominate the legislature while any type of political reforms are kept on the backburner.

With every passing day, Beijing has been tightening its grip over Hong Kong. The media has been effectively muted with any pro-democracy utterances being charged with grim sedition laws. Most media outlets fear the consequences of remaining open and are shutting down themselves. As per the founders of Citizen News, a prominent news outlet, there is a shroud of uncertainty about whether their reporting would be considered illegal in the current environment. In fact, they had stopped publishing the day after the new legislature was sworn in. The Chinese authorities have cracked down on independent media, political activists, and civil rights groups the hardest.

Since the 2019 protests, Beijing has been diligently working towards the throttling of any resistance from pro-democracy elements in Hong Kong. It started with the 2020 National Security Law, which was when Beijing directly assumed control of security in Hong Kong. The new security law targeted 'secessionists, terrorists and people colluding with foreign forces’ or rather anyone who did not conform to the views of CCP.

According to Lau Siu-Kai, the Vice President of the China Association of Hong Kong and Macao studies (Beijing-based think tank), the new legislature will focus on practical matters such as income inequality, housing shortages, and the release pricing boom. China has also witnessed too much social unrest in Hong Kong over the past half-decade, a lot of which was violent. As a result, they may be seeking to stop this trend. From the Chinese point of view, the trouble in Hong Kong is externally driven and financed and a part of the larger campaign to obstruct China's rightful place as a global power.