The scale of the Punjab National Bank is likely to rise beyond the nearly $2 billion mark so far outlined by the lender. Experts have stated that this is likely the biggest ban..

The scale of the Punjab National Bank fraud is likely to rise beyond the nearly $2 billion mark so far outlined by the lender. Experts have stated that this is likely the biggest banking scandal in India’s history.

Founded in 1894, the Punjab National Bank (PNB) is an Indian multinational banking and financial services company. It has 6,937 branches and 10,681 ATMs spread across 764 cities in India. In 2017, it was noted that the bank had over 80 million customers. It is a state-owned corporation based in New Delhi, India. It also has branches outside of India in regions like Hong Kong, Kowloon, Dubai, and Kabul. It has representative offices in Almaty (Kazakhstan), Dubai (United Arab Emirates), Shanghai (China), Oslo (Norway), and Sydney (Australia). As of 2016, it had assets worth ₹667,390.45 crore and had 70,801 employees. It is the second largest state-run bank in India.

Nirav Modi is a businessman in India who founded the jewellery house of the same name. In 1999 he founded Firestar (Formerly known as Firestone), a diamond sourcing and trading company. In 2008, after discovering an aptitude for designing diamond jewellery, he started his own jewellery house. The brand Nirav Modi has stores not only in India but also across the world including New York and Hong Kong. He is considered one of the most successful jewellers from India, having designed jewellery for celebrities like Priyanka Chopra and Kate Winslet. He is estimated to be worth over $1.73 billion.

On February 2018, Punjab National Bank (PNB) filed a complaint with the Central Bureau of Investigation (CBI), alleging that Modi along with his family members had perpetuated a massive scam through a number of companies owned by the family. His maternal uncle Mehul Chinubhai Choksi and some of his family members have also been implicated in the case. 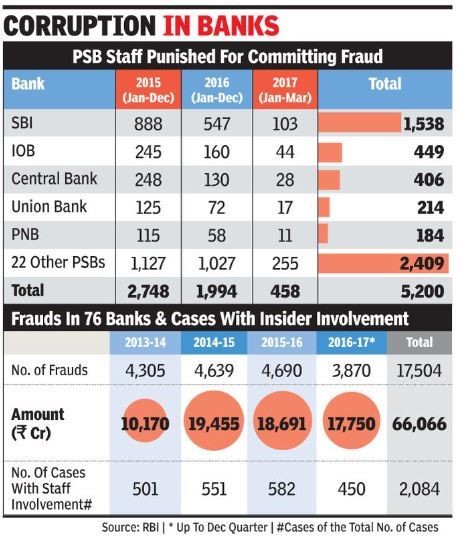 The fraud is close to nearly a third of PNB’s market value. It is also 50 times the profit the bank made in 2017. After the news of the scam surfaced, PNB shares fell by more than 10%. Bank MD Sunil Mehta said that the scam was isolated to a “standalone incident in a single branch.” “The fraud was detected in the third week of January and a case was filed with CBI on January 30,” he said.

Reports have now noted that the scale of the scam is likely to expand. A source has noted that the worth of the scam could rise beyond the nearly $2 billion mark so far outlined by the lender. The bank has stated that the bank's core banking system was bypassed when corrupt employees issued LOUs to overseas branches of other Indian banks, including Allahabad Bank, Axis Bank, and Union Bank of India, using the international financial communication system, SWIFT. Three jewellers - Gitanjali Gems Ltd. and its subsidiaries Gili and Nakshatra are also under the scanner of investigation agencies.

Modi and Choksi have maintained that they have not done anything wrong or illegal. Since then Nirav Modi’s companies have declared bankruptcy. They are: Firestar Diamond Inc, A Jaffe Inc. and Fantasy Inc.

The Reserve Bank of India has revealed that one banker is caught and punished for involvement in fraud every four hours in India on an average. "These employees have been convicted, awarded penalties, including dismissal from service," the RBI document states.

Our assessment, as details have begun to emerge, is that this scam could potentially affect not only Punjab National Bank but also other banks that advanced money to the accused. As documents from RBI reveal, the perpetration of fraud within Indian banks is widespread and has to be addressed.