According to reports, China, is set to roll out a yuan-denominated oil contract as early as this year. This could likely play into Russia’s grand plan of reducing US clout..

According to reports, China, is set to roll out a yuan-denominated oil contract as early as this year.

This could likely play into Russia’s grand plan of reducing US clout.

A petrodollar is a US dollar that is received by an oil producing country in exchange for selling oil. Petrodollars are popular shorthand for revenues from petroleum exports. This form of transaction is mainly used by members of the Organization of the Petroleum Exporting Countries (OPEC). Petrodollars are also used by Russia and Norway. When oil prices surge to historic highs, the associated financial flows can reach a scale of hundreds of billions of US dollar-equivalents per year. This includes a wide range of transactions in a variety of currencies, some pegged to the US dollar and some not.

The conception of the “petrodollar” can be traced back to 1974. US Treasury Secretary William Simon convinced Saudi Arabia, the most powerful nation in OPEC, that America was the safest place to park their oil revenue. This meeting between Simon and Saudi Arabia was kept a secret for many decades. The objective was to find a way to convert the then hostile Saudis to US allies and by doing so, create the petrodollar so as to reanimate the ailing US economy. Simon convinced the Kingdom of Saudi Arabia that America was the safest place for the Saudis to invest their petrodollars. Today Saudi Arabia is the largest US creditor among oil exporting countries, holding about USD117 billion in treasury securities.

Russia is one of the major oil exporting nations in the world. Much of Russia’s oil is extracted from Western Siberia. The Russian oil output was at 10.91 million barrels per day (bpd) in August 2017. Russia’s relationship with the US has considerably deteriorated in the recent years. US has accused Russia of interfering with its Presidential elections. The two countries have cut down diplomatic staff in their respective nations considerably.

China is the second largest economy in the world after USA. According to certain forecasts, its GDP growth is slated to overtake America’s GDP in another 10 years. A hub for manufacturing industry, China is the fastest growing economy. Its economic growth has been over 10% for over 30 years. China manages its exchange rate against the Dollar even if recent reforms have delivered more flexibility and have limited the scope for policy intervention. Beijing’s continued reliance on the Dollar – and its massive dollar foreign exchange holdings – is just as challenging for China, and for its economic ambitions. For China, the dependency on the dollar is a constant reminder of the limitations of its financial and monetary system and of the fact that it remains a developing economy, albeit a very large one. 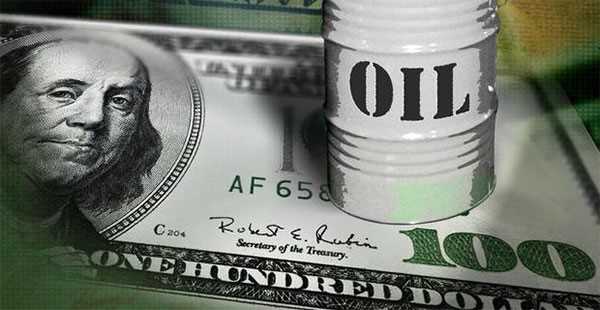 According to reports, China, is set to roll out a yuan-denominated oil contract as early as this year. Analysts call the plan, announced by Beijing in September, a huge move against the Dollar's global dominance.

Up until now Saudi Arabia’s favorable relationship with the US has dictated the fate of the petrodollar. However, informed analysts insist the Saudis will have to come on board eventually if China pushes for Yuan. “I believe that yuan pricing of oil is coming and as soon as the Saudis move to accept it — as the Chinese will compel them to do — then the rest of the oil market will move along with them," Carl Weinberg, chief economist and managing director at High-Frequency Economics, told CNBC.

This will make the Chinese currency more attractive internationally and providing greater energy security. Additionally, this will work out to benefit Russia even more. Any decline in the Dollar’s status will dilutes Washington’s ability to wage economic war against Russia with the use of sanctions. As the world’s biggest petroleum producer, Russia is vital to Beijing’s project and the two nations could potentially transform geopolitical power in the world.

According to experts, Russian President Vladimir Putin has always nursed acrimony towards US. As CNBC notes: “Russia and China have sought to operate in a non-Dollar environment when trading oil. Both countries have also increased their efforts to mine and acquire physical gold if, or perhaps when, the dollar collapses.”

Our assessment is that Petro-Yuan poses a serious threat to the US dollar and eventually US economic dominance worldwide. It signals to the world China’s increasing desire to be a more forceful voice in geopolitics. The key to this strategy will be the ability of China and Russia to get the leading oil-producing nations to back this move. Venezuela, who has been affected by US sanctions has expressed their willingness to consider this, but the challenge will be to have other OPEC countries on board. We believe that Russia’s increased influence in the Middle East and the concomitant waning of US dominance might make the Petro-Yuan a reality in the future.