Peru’s President Pedro Pablo Kuczynski Godard has abruptly resigned after video recordings show him in the alleged act of “buying votes.” An impeachment vote was scheduled for the day after his resignation.

In December 2017, he survived another impeachment vote after being linked to the Odebrecht firm – the firm at the heart of a large scandal in Latin America.

Peru is a country in South America. It is primarily known as a tourist spot as it boasts spectacular scenery, including Lake Titicaca, the world's highest navigable lake. A growing number of visitors are being drawn to its variety of attractions. It is classified as an upper middle income by the World Bank and is the 39th largest in the world by total GDP. It is also one of the fastest growing economies in the world. In 2012, its GDP increased by 6.5%. It also boasts a high human development index.

However, the nation is not without its own set of problems. It is the world’s largest producer of cocaine. It has also suffered through two decades of conflict from 1980 to 2000. Violence often erupted during this period between the state and leftist guerrilla groups, the Tupac Amaru Revolutionary Movement and the Shining Path, which still has a following.

Pedro Pablo Kuczynski Godard is a Peruvian economist, politician and public administrator who served as the 66th President of Peru. He was previously the Prime Minister of Peru from 2005 to 2006. Prior to becoming the President of the country, he held positions at both the World Bank and the International Monetary Fund before being designated as the general manager of Peru's Central Reserve Bank.

In 2017, he become embroiled in a scandal after he was linked to Brazilian construction firm Odebrecht, which has been prominent in Latin America’s biggest corruption scandal. He was accused of failing to disclose decade-old payments from the company. In December 2017, legislators in the country began to start the impeachment process as the result of this. At the time he said, “I’m not running and I’m not hiding because I have no reason to. I’m not going to abdicate my honor, my values or my responsibilities as president of all Peruvians.” He narrowly survived the impeachment vote that took place in December 2017. 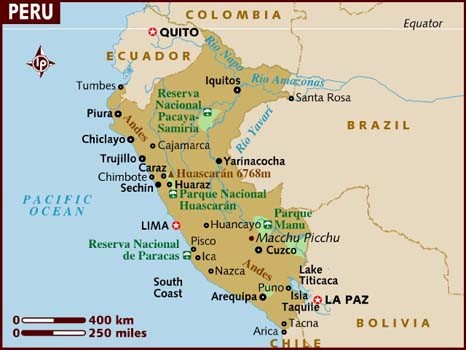 In March 2018, Peruvian President Kuczynski abruptly resigned on the eve of his impeachment vote. It came after video recordings showed him in the act of buying votes. Just two days before he resigned, he had defiantly noted that he would no such thing. However, on 21 March 2018, a video was released of Kuczynski allies, including his lawyer and Kenji Fujimori, attempting to buy the vote against impeachment from one official. He has likened to the movement to remove him from office, to a coup.

In his address on Wednesday, Kuczynski blamed “selectively tendentious” edited recording for giving the impression of vote buying and said “political confrontation had created a climate of ungovernability” which did enormous damage to the country.

During his 16 months in office, Kuczynski has been outspoken in his criticism of Venezuelan President Nicolas Maduro, lambasting him as a dictator and inviting regional leaders to Peru to apply pressure on the socialist leader. “The parliamentary majority worked against PPK from day one,” said Eduardo Dargent, a political scientist at Lima’s Catholic University. “But he too must take responsibility for his downfall. His business interests, his lack of transparency, his lack of political manoeuvring to distance himself from the Odebrecht scandal. In many ways, he dug his own grave.”

The scandal revolving around the Odebrecht company has already destabilized the political order in Brazil. Details of which can be found here.

Our assessment is that the president’s resignation has plunged one of Latin America’s steadiest economies into a political crisis. The scandal around Odebrecht has caused a complete political upheaval in Brazil. It remains to be seen if such consequences will reverberate across all of Latin America. It is highly unlikely that former President Pedro Pablo Kuczynski Godard will be able to resuscitate his political career after this scandal.