Peace at the Korean peninsula?

After a landmark meeting between officials from North and South Korea, it has been announced that North Korea would be sending a delegation to the Winter Olympics slated to..

After a landmark meeting between officials from North and South Korea, it has been announced that North Korea would be sending a delegation to the Winter Olympics slated to be held in February.

The games will be held in Pyeongchang, South Korea. Are the two nations inching towards peace in the Korean Peninsula?

The fates of the two regions diverged in the decades to come. South Korea embraced market economy and became one of the technologically advanced nations in the world. On the other hand, North Korea favored a totalitarian system that isolated itself from most of the world. It relied heavily on aid from China and Russia.

In January 2018, Kim Jong Un announced that he was willing to engage in diplomatic discussions with South Korea in a bid to send a delegation to the Winter Olympics in Pyeongchang. The Winter Olympics will be held in February 2018. During his New Year’s Eve address, he even said, “North and South must work together to alleviate the tensions and work together as a people of the same heritage to find peace and stability.” 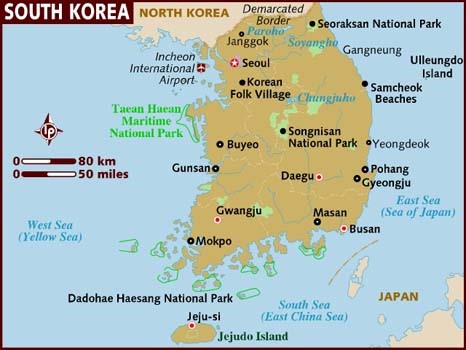 The meeting between South Korea and North Korea took place at the border village of Panmunjom. This was the first official meeting between the two Koreas since 2015. Panmunjom is also known as the “Peace Village.” It is also the venue when the 1953 armistice was signed between the two nations to pause the Korean war. The region is heavily guarded.

Post the meeting, authorities from South Korea have announced that North Korea will be sending a delegation for the Winter Olympics. Apart from athletes, North Korea will also be sending an extended team of performing artists and journalists. South Korea had also proposed that the two Koreas march together during the opening and closing ceremonies.

Speaking afterwards, Seoul's vice unification minster Chun Hae-Sung told journalists: "The North side proposed dispatching a high-level delegation, National Olympic Committee delegation, athletes, supporters, art performers, observers, a taekwondo demonstration team and journalists" to the Games. Chun added, “We expressed the need to promptly resume dialogue for peace settlement, including denuclearization, and based on the mutual respect (the two Koreas) cooperate and stop activities that would raise tensions on the Korean Peninsula.”

US President Donald Trump has welcomed the breakthrough and also took credit for it. He said, “If I weren’t involved they wouldn’t be talking about Olympics right now. They’d be doing no talking or it would be much more serious.”

Ri Son Gwon, the chief North Korean negotiator also spoke to the media and commented on the relationship stating, "Entire rivers and mountains are frozen. It wouldn't be an exaggeration to say that compared to nature's weather, the inter-Korean relationship is even more frozen.”

Our assessment is that the development indicates a drastic shift in the ties between North and South Korea after months of tension between the two countries. Not only will North Korea be sending across a delegation but South Korea has promised to not conduct any military drills during the Winter Olympics. Both countries seem to be taking a cautious step towards striking peace. As stated earlier, we believe that North Korea would feel more respected negotiating with its Southern neighbor than with the US.