In his first Tweet for 2018, US President Donald Trump criticized Pakistan and also alleged that the nation harbors terrorist groups. In addition, US has also suspended the $225 million military aid it had..

In his first Tweet for 2018, US President Donald Trump criticized Pakistan and also alleged that the nation harbors terrorist groups.

In addition, US has also suspended the $225 million military aid it had set aside for Pakistan.

US has strived to be on friendly terms with both India and Pakistan, Washington has long considered Islamabad to be a more valuable ally. During the Cold War, Pakistan became a key friend to the US in South Asia. Pakistan's then Prime Minister, Huseyn Suhravardie in 1956 gave the United States the permission to lease the Peshawar Air Station (PAS) to be used for intelligence gathering of Soviet intercontinental ballistic missiles.

However, the relationship between Pakistan and the United States has been tested through the decades. One of the reasons for the relationship to have soured at times is in part due to Pakistan’s growing friendship with Russia and China. In 2013, Pakistan and China announced a series of projects to improve the infrastructure of Pakistan called the China–Pakistan Economic Corridor, which is valued at $62 billion. Another vital reason the relationship has dipped is due to the fact US has repeatedly called out Pakistan’s alleged involvement with various terrorist activities.

The burgeoning friendship between the United States and India has also soured the comfortable equation between US and Islamabad.

One of the lowest periods in the Pakistan-US relationship was in 2011. In May of that year, US forces conducted a raid in Pakistan to kill the architect of 9/11, Osama Bin Laden who had been hiding in that country. The Pakistani government was only notified of the raid after it had been conducted. 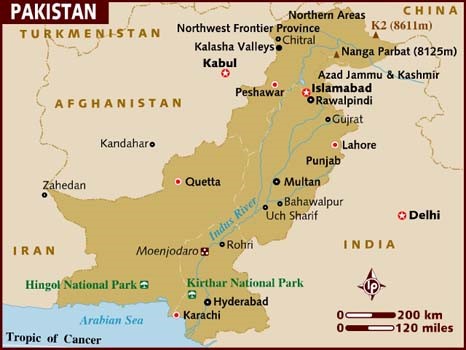 In 2017, US President Donald Trump accused Pakistan of harboring terrorists in the region. He said, “We can no longer be silent about Pakistan’s safe havens for terrorist organizations, the Taliban, and other groups that pose a threat to the region and beyond. Pakistan has much to gain from partnering with our effort in Afghanistan. It has much to lose by continuing to harbor criminals and terrorists.”

US Secretary of State Rex Tillerson too has spoken about the “erosion of trust” between the US and Pakistan. He said, “Pakistan must adopt a different approach, and we are ready to work with them to help them protect themselves against these terrorist organisations. We are going to be conditioning our support for Pakistan and our relationship with them on them delivering results in this area.”

Despite simmering tension in the ties, US made the allowance to give Pakistan $255 million in military assistance. However, it was similar to an escrow account. The United States stipulated that the funds would only be released if Pakistan can effectively crack down on terror networks in Afghanistan.

In his first Tweet for 2018, US President Donald Trump criticized Pakistan and also alleged that the nation harbors terrorist groups. In addition, US has also suspended the $225 million military aid it had set aside for Pakistan.

Pakistan's Foreign Minister Khawaja Asif told Pakistan's Geo TV: "We have already told the US that we will not do more, so Trump's 'no more' does not hold any importance. Pakistan is ready to publicly provide every detail of the US aid that it has received."‏

The official account for Pakistan’s Ministry of Defence also noted, “Pak as anti-terror ally has given free to US: land & air communication, military bases & intel cooperation that decimated Al-Qaeda over last 16yrs, but they have given us nothing but invective & mistrust. They overlook cross-border safe havens of terrorists who murder Pakistanis.”

Defence Minister Khurram Dastgir Khan tweeted that the US had given Pakistan "nothing but invective & mistrust".

Our assessment is that the already tense relationship between Pakistan and the United States has further deteriorated in 2017. However, US would be careful not to alienate its key military ally. Pakistan is strategically positioned to tackle terror outfits in Afghanistan.