Pakistan: privatization in the offing

Pakistan’s new government led by Imran Khan is said to place all state -owned companies into a special fund to be managed at arm’s length from the government soon after taking office. This will be the first step towards mass privatization as the country seeks IMF bailout..

Pakistan’s new government led by Imran Khan is said to place all state-owned companies into a special fund to be managed at arm’s length from the government soon after taking office. This will be the first step towards mass privatization as the country seeks IMF bailout.

Islamic Republic of Pakistan is a country in South Asia. Pakistan has a coastline along the Arabian Sea and the Gulf of Oman in the south. It shares land borders with Afghanistan, China, India and Iran. Pakistan occupies a geopolitically important location at the crossroads of South Asia, the Middle East, and Central Asia.

The economy of Pakistan is the 25th largest in the world in terms of purchasing power parity, and 42nd largest in terms of nominal gross domestic product. However, Pakistan's undocumented economy is estimated to be 36% of its overall economy, which is not taken into consideration when calculating per capita income. After decades of war and social instability, as of 2013, serious deficiencies in basic services such as railway transportation and electric power generation had developed in Pakistan.

In October 2016, the IMF chief Christine Lagarde confirmed her economic assessment in Islamabad that Pakistan's economy was 'out of crisis'. However, in recent times Pakistan’s economy is going through a rough patch. Some economic parameters are declining while others remain somewhat stagnant. According to data combined by Bloomberg, the Pakistani rupee was Asia’s worst-performing currency this year. Some analysts expect the currency to drop further. Standard Chartered PLC predicts that the rupee will fall to 125 per dollar by the end of the year and IMF may request authorities to weaken it even further. 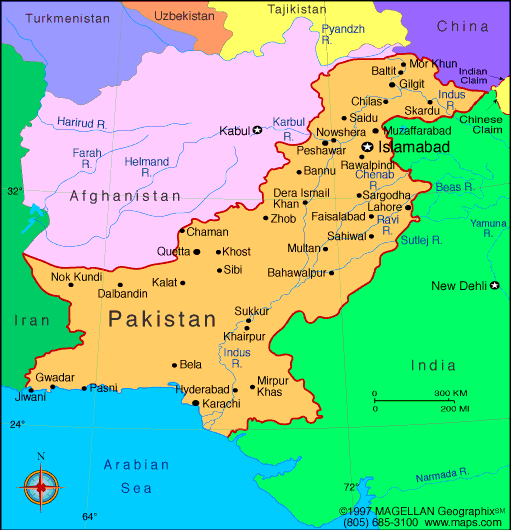 Mr Asad Umar, the former chief executive of the Pakistani conglomerate Engro, was Mr Khan’s shadow finance minister in opposition. He said that one of the first acts of the new government would be to move some of the country’s biggest companies, including its national airline, away from government control.

The plan to remove government control from about 200 companies would prepare the ground for an eventual bailout by the IMF to tackle Pakistan’s foreign currency crisis. “[The] corporations will all be put in a wealth fund, which will be led by people from the private sector. We plan to transfer government owned companies under the control of the wealth fund within our first 100 days,” he said. The fund’s job, he said, would be to cut the companies’ losses and debts before deciding which can be privatised and which will take longer to restructure.

Mr Khan’s Pakistan Tehreek-e-Insaf won the elections convincingly, but fell short of an absolute majority with 115 seats out of 272 that were contested. He has spent the subsequent days negotiating with smaller parties that might make up part of a governing coalition. Despite the uncertainty about the makeup of the government, Mr Khan’s allies are already planning for how to deal with the country’s balance of payments problem.

Persistently low exports and high imports have depleted Pakistan’s reserves of foreign currency to such a level that they no longer cover even two months’ worth of imports. Mr Umar said the new government would have to formulate a plan immediately after taking office. Civil servants have already drawn up plans for Pakistan to approach the IMF for a loan of up to $12bn, which would be the country’s 13th bailout from the fund and its largest ever. The last time Pakistan went to the IMF, Islamabad agreed to earmark 68 companies for privatisation, in return for a loan of $6.7bn.

US representatives have expressed concerns over Pakistan seeking IMF bailout. Mr Umar said he did not believe Mike Pompeo’s concerns would present a hurdle to an eventual IMF programme as it was more about China than Pakistan. “Right now, no option, including the IMF, can be ruled out,” he said. “We are looking at options including raising money from the Pakistani diaspora, new sukuk [Islamic] bonds and requesting Saudi Arabia to defer our oil payments,” he added.

Earlier this week, Mike Pompeo, US secretary of state, warned that IMF money should not be used to bail out unsustainable loans made by Beijing as part of China’s plans to spend $60bn upgrading Pakistan’s infrastructure. Islamabad expects that if it takes out an IMF loan it will have to publish full details of the terms of the Chinese loans, something China has refused to do.

Our assessment is that even with Mr.Khan’s new privatization scheme, the possibility of the IMF bailout bringing structural changes in the economy seems bleak. Pakistan being an IMF addict has already spent 22 of the past 30 years in multiple bailout programmes and talks of reform with the IMF very rarely are followed up with action. We believe that PTI’s plan for a new wealth fund could persuade the IMF but geopolitical concerns might still get in the way of agreeing to a bailout. However, if the new funding comes through, we feel that it will force the economy to cling to artificial exchange rates, while avoiding reforms that could actually plug leakages in state-owned enterprises.