Ride-hailing company Ola has announced a new partnership with tech giant Microsoft. The two companies will work together to build a new connected-vehicle platform. .

Ride-hailing company Ola has announced a new partnership with tech giant Microsoft. The two companies will work together to build a new connected-vehicle platform.

The Internet of things (IoT) is the network of physical devices, vehicles, home appliances, and other items embedded with electronics, software, sensors, actuators, and network connectivity which enable these objects to connect and exchange data. Experts estimate that the IoT will consist of about 30 billion objects by 2020. Gartner, Inc. has forecast that 8.4 billion connected things will be in use worldwide in 2017. This is up 31 percent from 2016, The organization has also forecast that by 2020, nearly 20.4 billion connected things will be in use.

Ola, is an Indian online transportation network company. Currently headquartered in Bangalore, it was founded as an online cab aggregator in Mumbai. Named Ola Cabs, it was founded on December 3rd, 2010 by Bhavish Aggarwal and Ankit Bhati. Aggarwal is currently the company’s CEO. As of 2017, the company has expanded to a network of more than 600,000 vehicles across 110 cities. It seen as a direct competitor for international players like Uber. 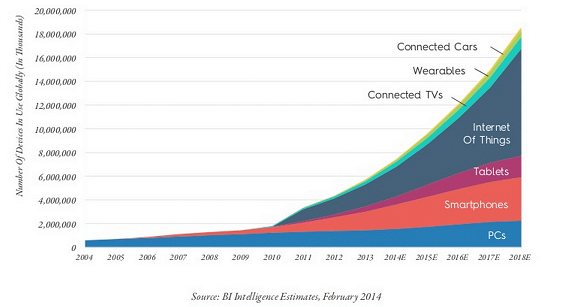 Ride-hailing company Ola has announced a new partnership with tech giant Microsoft. The two companies will work together to build a new connected-vehicle platform.  Microsoft’s Azure cloud-computing service will also be utilized to power this car’s entertainment offering.

The announcement comes just a month after Ola announced that it had raised $1.1 billion from investors led by China's Tencent Holdings and Japan's SoftBank Group. The company has also stated that it is looking to raise another $1 billion and that it was in "advanced talks with other investors".

“Today’s car is quickly becoming the ultimate computing device and together with Ola, we’re focused on providing more intelligent, connected and productive experiences to our customers,” said Satya Nadella, CEO, Microsoft. “The combination of Microsoft Azure, Office 365 and our AI platform with Ola Play will deliver new customer experiences and business opportunities across the automotive ecosystem.”

Through this collaboration, the two companies are building a platform that will ultimately improve the vehicle's diagnostics, predictive maintenance and navigation.  “Both companies will collaborate to take this platform to car manufacturers globally, to integrate with vehicle systems,” Ola, run by ANI Technologies Pvt. Ltd, said in a statement. A spokesman for Ola said there are no fundraising talks in progress with Microsoft at this time.

Abdul Majeed, national auto practice leader, Pricewaterhouse Coopers said that he was not sure how auto companies will react to such developments. He said, “It is a new way of becoming an integral part of the auto business. There is no doubt that digitization is taking over automobiles. The question is whether an OEM (original equipment maker) would want to do it themselves or pay for services. OEMs will have to get completely comfortable with that. I don’t know how the auto companies will react.”

Our assessment is that the Internet of Things (IoT) is going to play an integral role in the growth of various industries including manufacturing and auto industries. This particular partnership between Ola and Microsoft could pose a threat to other ride-sharing companies like Uber.