A new mining concern, Nautilus Minerals Inc. has developed what it hopes to be the first line of successful ocean-bed mining robots. With two-thirds of the..

A new mining concern, Nautilus Minerals Inc. has developed what it hopes to be the first line of successful ocean-bed mining robots.

With two-thirds of the Earth’s surface covered by oceans, the potential of ocean bed mining has always been considered an attractive prospect. However, until recently, the technology required for successful exploitation of the ocean floor, as well as the cost of building, operating, maintaining and successfully extracting usable minerals from an ocean bed mining operation has proved financially unviable. However, with the development of new and more cost-effective unmanned vehicle technology combined with an ever growing demand for supplies of precious and rare-earth metals, both of which are thought to be in plentiful supply on the ocean floor, there is a renewed in interest in under-sea mining and its potential benefits as well as its possibly disastrous consequences. 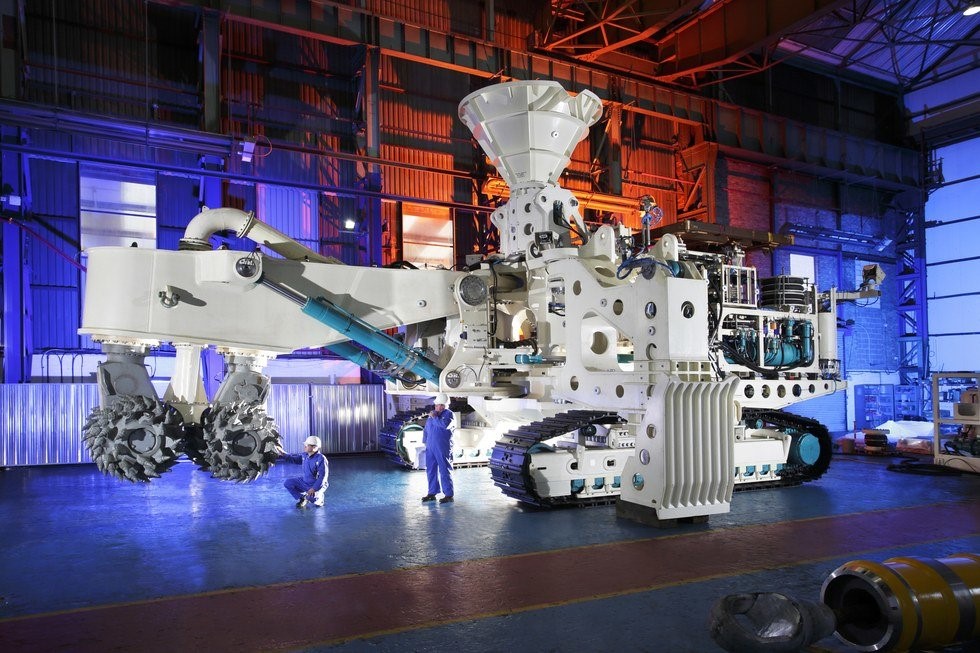 Initially developed in 2012, Nautilus has had its fleet of robot miners on standby for several years as discussions with the government of Papua New Guinea had stalled. However by 2014 a deal had been reached with testing running from 2016 through to the end of 2018, by which time Nautilus hopes to be ready to make an attempt to begin continuous operation of an ocean bed mining site in the waters around the New Ireland which the firm claims are extremely rich in Gold as well as other metals such as copper, silver and small deposits of platinum.

For a country like Papua New Guinea, which has extremely high instances of unemployment as well as one of the lowest per-capita incomes in the world, the promise posed by such vast deposits of mineral wealth are understandably hard to ignore. However, it is important to note that a large portion of the population is reliant on fishing for their livelihood; a livelihood that will likely, perhaps permanently, be disrupted should under-sea mining become widespread in the region.

Natalie Lowrey of the Australia-based Deep Sea Mining Campaign said "There are too many unknowns for this industry to go ahead. We've already desecrated a lot of our lands. We don't need to be doing that in the deep sea."

It is unclear what the long-term consequences would be to the oceans or their ability to support marine life. According to Nautilus’ Michael Johnston, their robots are designed to minimize their effect on ocean life, and the communities that depend on it for survival, by ensuring that the sediment raised by their mineral extraction activities is prevented from spreading; although it is not yet clear whether this will be sufficient to prevent ecological damage.

In the long term, a modern day ‘gold rush’ on the ocean floor could see nations attempt to expand their naval reach in order to more easily control and exploit these rich deposits. This could lead to a new source of tensions between countries whose territorial waters neighbor each other, such as in the Mediterranean or the Persian Gulf. In other areas, such as the South China Sea, which is already heavily contested by a number of countries in the region, the promise of such wealth could serve as the spark for regional conflict.

Our assessment is that the successful exploitation of under-sea mineral deposits have the potential to revolutionize a country’s economy and in some cases even shift global economies, in much the same way that hydraulic fracturing or ‘fracking’ turned the United States into a net oil exporter, from previously being one of the world’s largest importers. But, like ‘fracking’, there will be significant long-term ecological costs that must be considered and sufficiently addressed before committing to large-scale adoption of such practices.