NPT: UNDER THE SHADOW OF UKRAINE

Since the Nuclear Non-Proliferation Treaty (NPT) was first signed by the five nuclear powers in 1968 along with 40 other countries, the nuclear arms race has drawn in many new competitors.  India and Pakistan refused to be part of the treaty, and today both are accepted nuclear powers.  Israel, too had stayed away from the treaty but is widely accepted as 'closet nuclear power.' North Korea had signed on the dotted line but revoked its commitment in January 2003.  Today, the global nuclear watchdogs have got their sights on Iran, which is believed to be just a screw's turn away from declaring its nuclear-armed status.

The central treaty promoting the three basic objectives of non-proliferation (non-proliferation of nuclear weapons, ultimate disarmament and promotion of peaceful uses of nuclear energy), the Nuclear Non-Proliferation Treaty is a little over 50 years old.  Despite its vintage, it remains a bone of contention across the NWS (Nuclear Weapon State) and Non-Nuclear Weapon State (NNWS) divide.  The NWS (also the five permanent members of the UN Security Council) have maintained their commitment to a higher disarmament goal, and the NNSWs have borderline rubbished those claims.

There has been a new entrant called the TPNW (Treaty on the Prohibition of Nuclear Weapons); it is a substantial addition according to its members but unrealistic and potentially disruptive to the NPT, according to non-members.

The NPT is considered moderately successful, leading to a certain reduction in the global nuclear arsenal.  It is also claimed that the NPT has helped strengthen the nuclear taboo.  The NPT is supposed to be reviewed through a Review Conference (a RevCon) every five years.

RevCons are supposed to enable states and NGOs to take note of any challenge to the NPT regime and ideate on steps to address them. 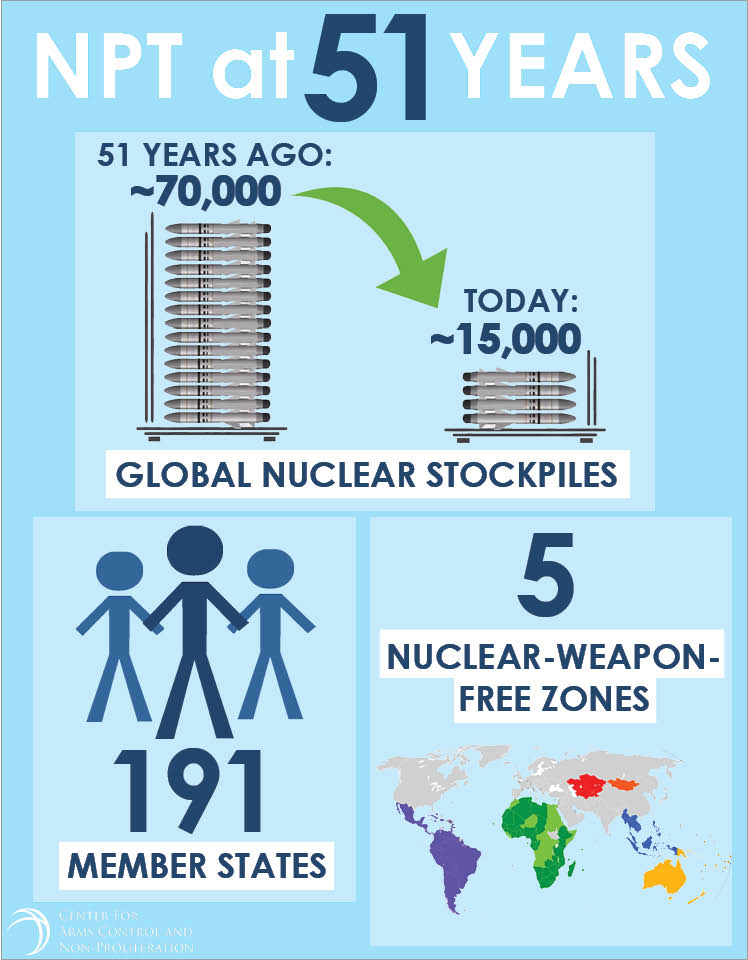 First time since the 1962 Cuban Missile crisis, the Russia-Ukraine conflict has once become an arena for unambiguous nuclear signalling.  On the fourth day of the invasion, President Putin announced the "special regime for combat duty" for his strategic forces, and it was believed that he was raising nuclear alert levels.  The undisputed nuclear capacity of Russia has been hinted at.  These incidents, according to some scholars, have led Ukrainians to question the 26-year-old decision to give up nuclear arms.  The Ukraine war has weakened the NPT as no other event in its long history;  while the war is highly unlikely to go nuclear, it has considerably eroded the nuclear taboo.

Furthermore, the Russians have obliquely threatened that if the Finns and the Swedes are given membership in NATO, Russian nuclear weapons will find their way into the Baltic Sea and its littorals.  This will take the nuclear standoff between Russia and NATO to the next level.

The issues arising out of the conflict in Eastern Europe beg the question of the continued relevance of the NPT.  Arms control advocates would argue that the purpose of nuclear weapons is deterrence against a nuclear attack rather than actual war fighting.  However, the present situation of the world suggests that a nation without a nuclear arsenal would be more vulnerable to an attack by a stronger adversary in conventional and nuclear terms.  Westphalian sovereignty concepts are no longer inviolate any longer.  The deduction could be that if international organisations or the comity of nations cannot deter an invasion of a non-nuclear nation living in a dangerous neighbourhood, then perhaps nuclear weapons become the only guarantee of a nation's sovereign survival.  North Korea could best be taken as a live example of this theory.