Not a zero sum game

Mohammad Javad Zarif, Minister of Foreign Affairs of Iran recently spoke in detail over a number of issues ranging from the nuclear deal to the stability of the Persian Gulf..

Mohammad Javad Zarif, Minister of Foreign Affairs of Iran recently spoke in detail over a number of issues ranging from the nuclear deal to the stability of the Persian Gulf.

Zarif was speaking at the MED 2017, an annual high–level initiative, co–organized by the Italian Ministry of Foreign Affairs and International Cooperation and the Italian Institute for International Political Studies (ISPI)

It was following the 1979 revolution, Iran became an Islamic republic. The monarchy was overthrown and clerics assumed political control under supreme leader Ayatollah Khomeini. Persia, as Iran was known before 1935, was one of the greatest empires of the ancient world.

The economy of Iran is a mixed and transition economy with a large public sector. Some 60 percent of the economy is centrally planned. It is an oil-rich country and is home to plenty of natural resources.

The current President is Hassan Rouhani. In 2017, he won re-election and has been hailed for his efforts to reach out to the world and rebuild the struggling economy. Rouhani, who is regarded as a moderate, reformist figure, spearheaded a 2015 nuclear deal with world powers. He first came to power in 2013.

In the 2000s, reports began emerging on Iran running a uranium enrichment program in secret.  An investigation by the IAEA revealed that Iran had not declared a number of its nuclear activities to the group. Thus, the nation was subjected to multiple harsh sanctions from the international community. This has cost the nation billions of dollars (estimated $100 billion in oil revenues alone till 2015). It has also lost out on foreign direct investment. On 2 April 2015, the P5+1 and Iran reached a provisional agreement that sought to lift most of the sanctions in exchange for limits on Iran's nuclear programs extending for at least ten years. US President Donald Trump has been highly critical of the deal. In 2017, he stated that he would decertify the deal despite assertions from the IAEA that Iran did not violate the rules under the deal. 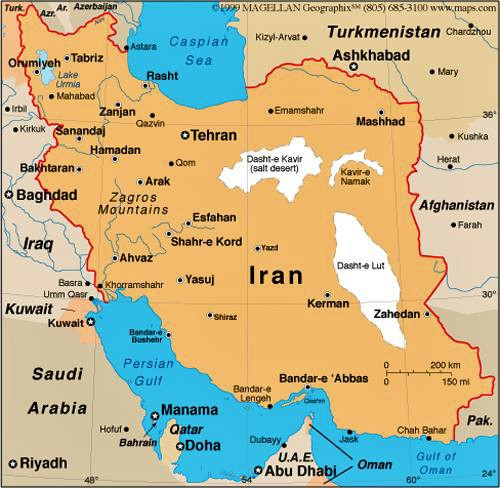 In November 2017, MED 2017 was conducted. It was the 3rd edition of the annual high–level initiative, co–organized by the Italian Ministry of Foreign Affairs and International Cooperation and the Italian Institute for International Political Studies (ISPI). This event was intended to turn Rome into a global hub for high–level dialogues on the broader Mediterranean, with a view to re–thinking traditional approaches and drafting a new "positive agenda".

During the conference, Mohammad Javad Zarif, Minister of Foreign Affairs, Iran spoke on a wide ranging subjects regarding his nation with Monica Maggioni and Nicolas Pehlam from the The Economist. Speaking about the reality of the Persian gulf, Zarif said that some “continue to see the situation as zero sum. They continue to try and find their interests at the expense of the interests of others. And they continue make the wrong choices.” In a thinly veiled comment directed at Western nations like the US, he said that these countries supported Saddam Hussain and excluded Iran decades ago. He said, “We believe that in this region, all of us need to live together. The threats that we face are not threats against Iran or Saudi Arabia or Syria or Iraq. They are threats against all of us.” He stated that Iran has proposed a regional dialogue forum that works towards addressing various threats challenging the sovereignty of Persian gulf. He said that only through such dialogue would crises such as the Iraqi invasion of Kuwait; the impasse between Saudi Arabia and Qatar and differences between Saudi Arabia and Iran be adequately addressed.

He also spoke at length about future of the nuclear deal. He noted that Iran did not see any divisions between those who negotiated the deal except for the “newcomer” (US President Donald Trump). “The nuclear deal was achieved that all of us understood that we could not have everything we want. I can tell you for sure that this deal is not what I want. And I can tell you for sure that this deal is not what John Kelly wants. Nor is it what other participants wanted. And that’s the beauty of the deal because it’s not what we wanted. It’s what we could achieve.” He said that the Trump administration has tried to “scare” the investors from coming to Iran. However, he argued that investors coming to invest in the region. He argued that despite pressure in the past three decades (economic sanctions etc), the country has been able to grow economically. He said that the original negotiators of the nuclear deal focused solely on nuclear and not about the missiles or domestic issues because it would have been impossible to resolve.

Our assessment is that the Iranian Minister, Zarif, is accurate in noting that peace and security would only return to the Persian Gulf when there is mutual cooperation and open dialogue between countries in the region. There is currently increased tension in Middle East especially between Saudi Arabia and Yemen. The region’s stability will likely be further threatened if the nuclear deal breaks down.