North and South come together

North Korean leader Kim Jong Un reportedly told a high ranking delegation from South Korea that he wanted to "write a new history of national reunification" between the two countries.

The North Korean leader has made multiple overtures in recent weeks to seek a better relationship with South Korea.

The United Peninsula was occupied by Japan between 1910 and 1945. Towards the end of World War II, Soviet troops advanced towards Korea to take over from the vanquished Japanese forces. The United States, which by then had begun to distrust the Soviets, requested them to stop their offensive. By 1948, the country was partitioned into North and South Korea.

In 1950, North Korea invaded the South, and quickly gained much ground over most of the country. A few months later, the United Nations armed forces, led by the United States, intervened to defend the South. This shifted the tide as these forces began to advance into North Korea. As they neared the border with China, Chinese forces intervened on behalf of North Korea, shifting the balance of the war again. The countries have since signed an armistice but never signed a peace treaty. This is considered the longest war in modern history. Currently 28,500 American soldiers, sailors, airmen and Marines form part of the United States Forces Korea (USFK) in South Korea.

This was also a period of increased aggression between the US and North Korea. US President Donald Trump and Kim Jong Un have used charged rhetoric to threaten the other nation with the possibility of a military conflict. Additionally, the United Nations imposed multiple sanctions on North Korea that were also approved by China and Russia. Ties between US and North Korea at one point reached an all time low.

In January 2018, North Korea signalled its intent in participating in the Winter Olympics held in Seoul in February 2018. Delegations from both countries met on January 9th to confirm on details and paving way for warmer ties. In addition, North Korea also extended a formal invite to the South Korean President and indicated that it was interested in mending ties and seeking a diplomatic resolution. 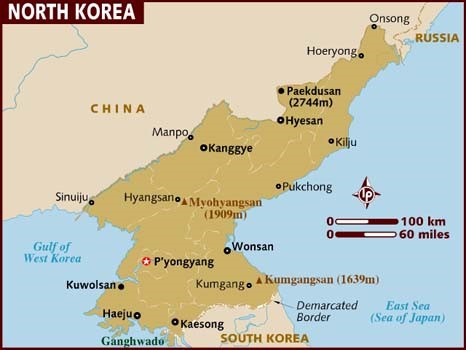 In March 2018, a South Korean delegation headed to North Korea to partake in historic talks to ease the tensions that have built up in the Korean peninsula. Experts believe that this will pave the way for US talks. Chung Eui-yong, the head of the Presidential National Security Office is heading the South Korean delegation, which has 10 members.

This is the first time South Korean officials have met with Kim Jong Un in person after he took power following his father’s death in late 2011. This is also the latest sign that the Koreas are trying to mend ties after a year of repeated North Korean weapons tests and threats of nuclear war.

Our assessment is that for the first time in years there is a genuine chance for a reconciliation between South and North Korea. The two countries are building on momentum and working together to create a channel that establishes warmer and more sustainable ties. However, it is too early to speculate if this will be successful, as North Korea has previously warned that it will not denuclearize under any circumstance.

North Korea and US come together?

North Korea seeks a way out