NO, GAS IS NOT GREEN!

For decades, after the end of the Cold War, Europe allowed its dependence on cheap Russian gas and oil to grow to such an extent that today Russia has a stranglehold on the EU economy. Russia supplies nearly 12 per cent of the global need for oil and natural gas, and Europe is by far its biggest customer. But the Russian 'special military operation' in Ukraine changed all this.

To make up for the shortfall in its energy needs, the EU has turned to the prominent energy alliance of OPEC and non-OPEC partners, who decided to elevate production targets by 432,000 barrels per day for June. This would meet the immediate needs of the EU's hungry energy market.

Before the war in Ukraine came to a head, there was a strong movement in the EU to meet the climate change targets. Surprisingly the European Commission, in its proposed energy plans, labelled some gas and nuclear power as 'green' which met stiff opposition from climate activists and some major EU members like Germany. If the majority of EU members backed the proposal, then it would become law by 2023. Under such a proposal, some 30 gas projects would be commissioned in the EU.

The war in Ukraine has speeded this endeavour, despite protests from environmental groups who are considering a legal challenge.

There is a binary urgency to modify Europe's energy system- ending the EU's dependence on Russian fossil fuels, which are used as an economic and political weapon and prices European taxpayers pay over billions per year and tackling the climate crisis.

In March, the European Council got a majority decision to phase out Europe’s dependency on Russian Energy imports at the earliest. The plan was called REPowerEU, and it sought to 'fast forward the clean transition' and create a 'more resilient energy system.' Renewable gases like hydrogen and biomethane would also be increased through imports or domestic production. While the plan looks at accelerating renewable energy deployment as its principal pillar, by 2030, only 45 per cent of the energy consumption will be from renewables (solar, wind etc.), while the bulk of the energy will still be provided by gas and nuclear power. 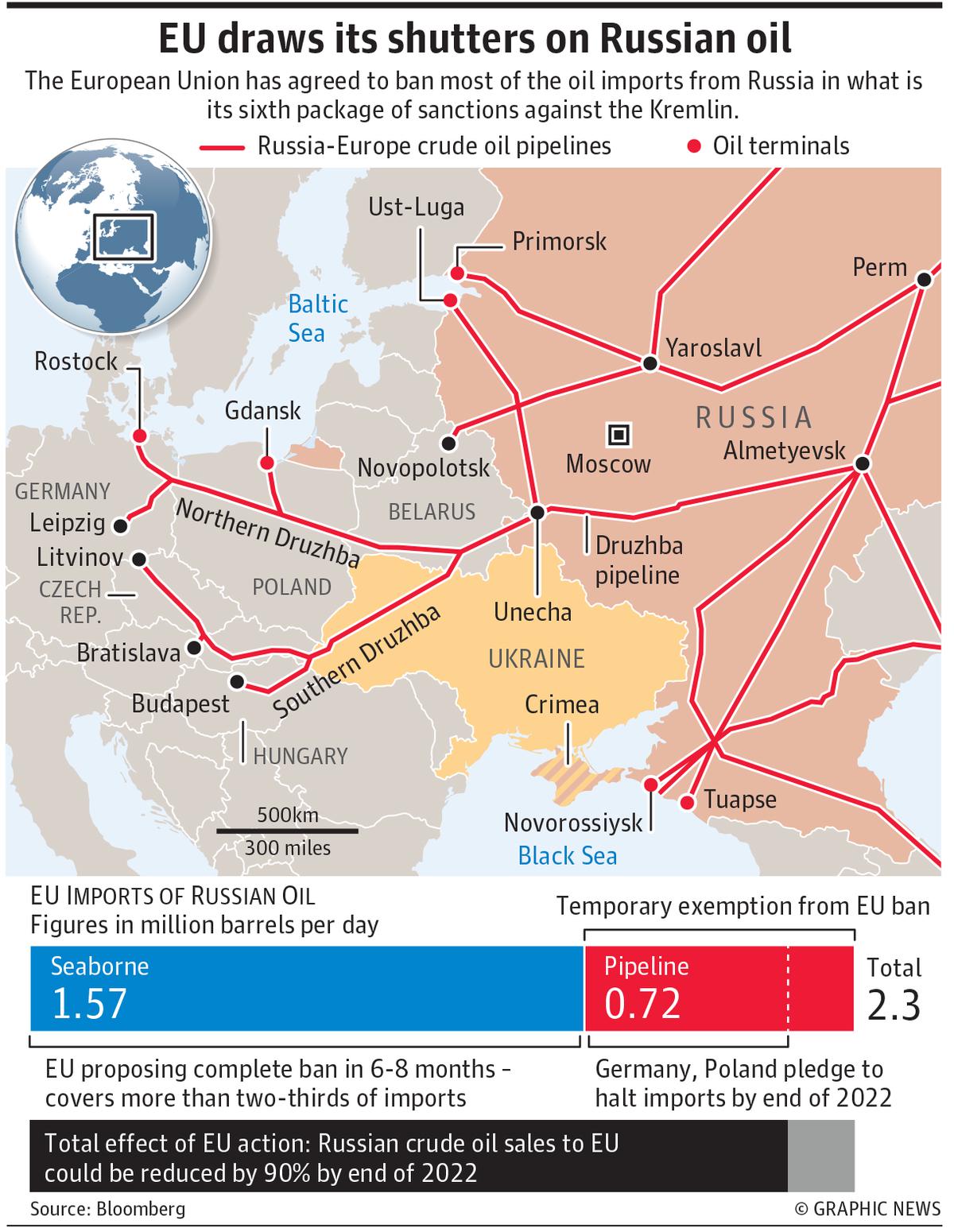 The setting up of these proposed 30 gas projects is to overcome the dependence, but it also gives rise to some major issues regarding the methane emission from such gas plants. The environmental groups claim that billions of euros are bound to be spent on 30 considerable pieces of gas infrastructure underlining the EastMed pipeline-a project to create a 1,900 km (1,180-mile) pipeline to connect Eastern Mediterranean offshore gas fields to Greece and Italy. But the world leaders in the Paris Agreement in 2015 had pledged to work to keep global temperatures from increasing more than 2℃ (3.6℉) and ideally not more than 1.5℃ (2.7℉) by the end of the century. These projects are unlikely to help in achieving that goal.

Methane has accounted for 30 per cent of global warming since pre-industrial times and is multiplying and proliferating faster than at any other time since record-keeping began in the 1980s. In fact, according to data from the United States National Oceanic and Atmospheric Administration, even as carbon dioxide emissions decelerated during the pandemic-related lockdowns of 2020, atmospheric methane shot up. Methane has a global warming potential of more than 85 times higher than that of Carbon dioxide over the next 20 years.

The projects which comprehend the Baltic Pipe Project delineated to bring Norwegian gas to Poland and the development of the gas infrastructure in Cyprus are a part of the so-called list of Projects of Common Interest. They are eligible for funding from a programme designed to boost energy, transport, and digital infrastructure. The campaigners claim that these projects are worth 13 billion euros and will lock the region into dependency on the fossil fuel that EU institutions say that they want to get rid of.

The EU Commission is taking advantage of a loophole in EU regulations. Every two years, the European Commission compiles a list of priority energy infrastructure projects considered beneficial to the EU's 27 member states. Under amelioration to the system, no entirely new gas projects can be enumerated, but projects necessary to assure supply can be included.

The International Energy Agency and the Intergovernmental Panel on Climate Change have said no new oil and gas extraction projects should be built to keep global warming to 1.5 C above pre-industrial levels. Clearly, the EU is ignoring these guidelines.