The New Zealand government has banned foreign nationals from buying existing homes in the country in a bid to curtail rising property prices. New Zealand is a wealthy Pacific..

The New Zealand government has banned foreign nationals from buying existing homes in the country in a bid to curtail rising property prices.

New Zealand is a wealthy Pacific nation dominated by two cultural groups: New Zealanders of European descent; and the Maori, the descendants of Polynesian settlers. In 1642, a Dutch explorer called Abel Tasman sighted New Zealand. At the time, he called it Staten Landt. Eventually, British explorer James Cook would re-name the region New Zealand. Even though it was part of the colony of New South Wales, the region became a separate Colony of New Zealand in 1841.

Today, it is considered one of the most globalized nations in the world. It is the 53rd-largest national economy in the world measured by nominal gross domestic product (GDP) and 68th-largest in the world measured by purchasing power parity (PPP). It boasts a population of 4.693 million. The region has long attracted immigrants as it offers a stable and healthy economy. There has been a steady rise in New Zealand house prices in part due to strong immigration. Low interest rates and limited housing supplies have also been blamed for real estate prices.

In 2017, Jacinda Ardern, was sworn in as the Prime Minister of New Zealand. She has promised to tackle climate change, eradicate child poverty and improve the lives of the country’s most vulnerable people. She describes herself as both a social democrat and a progressive. She is the leader of the Labour Party. After the results of the general elections (held in September 2017) were announced, Arden announced that she will be forming a minority coalition government with Labour, supported by the Greens. 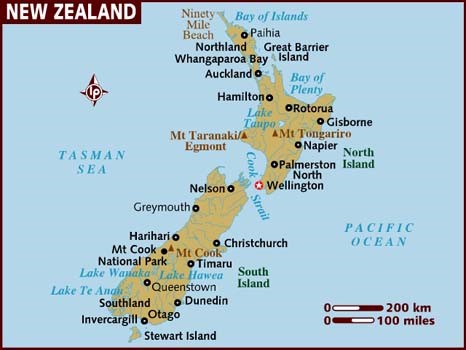 Some Australian states like NSW and Victoria have already made it extremely difficult for foreigners to buy real estate. The cities doubled the foreign-buyer stamp duty surcharge and Victoria axed the stamp duty concession for off-the-plan investors in July.

NZ First leader Winston Peters, now Deputy Prime Minister has long made it his key priority to curtail the rise of property prices. In July 2017 he said, “This election is your last chance to have a decision on who owns your country. Last year, 465,000 hectares of land was sold to foreigners. That's up four times on the year before. We, in New Zealand First, are going to stop land sales to foreigners, and house sales to foreigners, who don't come to live here."

BC Greens Leader Andrew Weaver has also welcomed the move. He said, “It’s not about stopping people from owning homes who live here and pay taxes. It’s about ensuring British Columbians can live in homes in British Columbia. When we turn our real estate sector into one for speculation as opposed to living, we have a problem.” He added, “Any policy that is introduced has effects. It’s important to ensure that they’re introduced slowly and that you’re monitoring the effects through the collection of ongoing data.”

According to property consultants, Knight Frank, the annual price growth in the country is 10.4%. In areas like Wellington, prices grew up 18.1% in the year to June 2017. Auckland saw a rise of 9.8%. The average price that a home in Auckland sells is around $845,000

Our assessment is that rising number of immigrants have resulted in New Zealand adopting a more protectionist policy. A real estate bubble could result in the collapse of an economy and the new government is taking steps to prevent that from happening. We believe other Western nations faced with a similar problem might adopt similar policies in the coming years.