The migrant crisis from besieged Ukraine into Stronghold Europe has started squeezing it of its resources at a time when the economic situation in most countries is already grim. Even though the victims seeking sanctuary are not half-starved Asians or Africans, or even Latinos, fleeing warlords and famine in their distant homeland but Caucasians, albeit of Slavic ethnicity, the welcome is rapidly wearing thin!

Despite outstanding crisis management by the EU Commission, member states were still reeling from the effects of the pandemic when a new disaster struck in the shape of a war in Ukraine. A chain reaction has impacted nations that depend on Russian oil and gas and Ukrainian trade for agricultural and industrial commodities. The overall effects will be seen for decades in the region, and the migration issue has only added an additional disruptive element to the equation.

This year, 114,720 migrants entered the EU illegally between January and June. Most of the Ukrainians that the EU has agreed to house are not counted within this group. Instead, an increasing number of illegal immigrants are Bangladeshis, Afghans, Egyptians, Syrians, and Iraqis. Some reports have recorded 25,164 illicit border crossings on the Central Mediterranean route, 23 per cent more than in the first half of 2021. However, the Western Balkans are also used to bring in many more migrants.

Thus far, the most critical step is that the European Union has agreed to invoke a never-before-used Temporary Protection Directive granting temporary protection for Ukrainians fleeing the Russian onslaught. The directive was approved in 2001 after the wars in Yugoslavia and Bosna but never administered. Under the directive, Ukrainian refugees will be given residence permits to stay inside the European bloc for at least one year, which will be automatically extended for a further year and could be renewed for as long as three years. Ukrainian refugees and their relatives can access education, health, employment, and housing. The protection can be granted by any EU country, not only by the first country reached by the refugee. Additionally, the EU suggests making entry requirements and border checks easier for refugees from Ukraine. 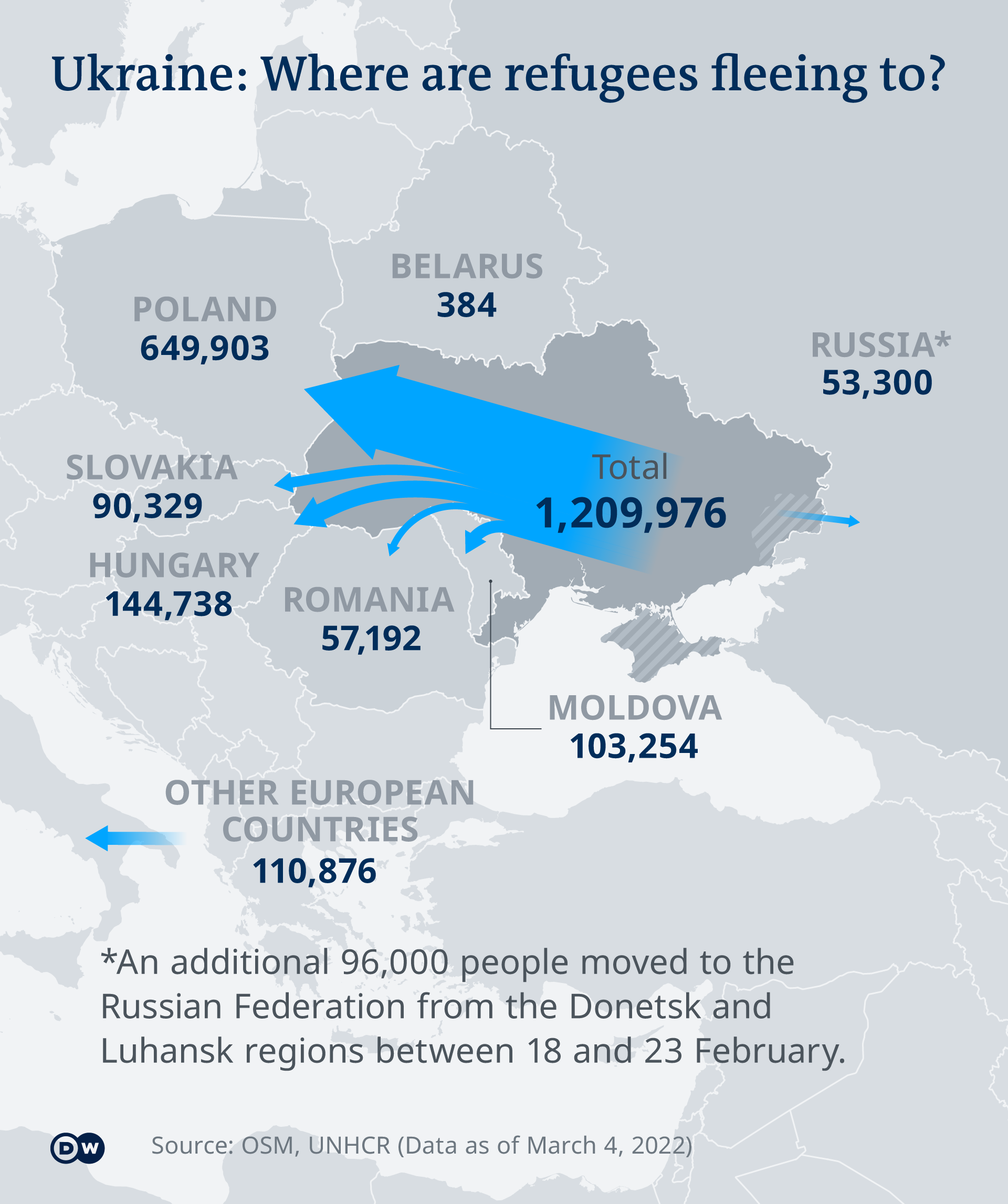 In an economic scenario plagued by persistent supply chain constraints and excessive inflation, in the long-term integrating millions of individuals would be significantly more expensive than providing short-term assistance to families that have been temporarily displaced by the war. It would put immense strain on housing, education, and health care systems. While an influx of workers, especially skilled ones, is likely to drive up a nation's output over the years, it could intensify competition in the job market.

The international refugee protection system ought to operate in this manner, especially during times of emergency. However, we know this is not how the international protection mechanism has worked in Europe, particularly in the nations currently hosting Ukrainian refugees. Poland, Hungary, Slovakia, and Romania have all adopted hostile tactics against immigrants from non -European regions. This included brutal border pushbacks and harsh detention procedures, and their public discourse is frequently marred by racist and xenophobic rhetoric towards refugees and migrants, particularly those from Middle Eastern and African nations.

Sadly, in response to non-Ukrainians fleeing the conflict in Ukraine, these double standards have emerged. There are more and more reports of students and migrants from Africa, the Middle East, and Asia who encountered prejudice, violence, and obstruction while attempting to leave Ukraine. The bias on Ukraine's borders drew harsh criticism from several African leaders, most notably Nigerian President Muhammadu Buhari, who asserted that everyone has the same rights, irrespective of the colour of his skin.

Even worse can be expected if the looming food crisis forces thousands, if not millions, to migrate to countries where food, even in a detention camp, would be a welcome relief. A significant portion of the world's grain commerce has been disrupted by Russia's damage and blockade of Ukrainian ports. Many citizens of the impacted nations are currently assessing the situation. They are concluding that the food situation will worsen and that inflation means they will receive even less for their money, and they should take benefit of the chance while it's still there. Although not many can travel, people who can will. Smugglers appear to concentrate on new routes after years of renewed border security measures.

RUSSIAN OUTREACH IN THE MIDDLE EAST

In his second foreign visit outside Russia, President Putin met President Erdogan and the Iranian President Raisi in Tehran.