Lithuania will reportedly invite Netanyahu to meet with the EU’s 28 foreign ministers at an informal breakfast, prior to their monthly meeting.

The European Union (EU) is a political and economic union of 28 member states that are located primarily in Europe. The EU traces its origins from the European Coal and Steel Community (ECSC) and the European Economic Community (EEC), established, respectively, by the 1951 Treaty of Paris and 1957 Treaty of Rome. Member states now occupy an area of 4,475,757 km2 (1,728,099 square mile), and boast an estimated population of over 510 million. The EU has developed an internal single market through a standardized system of laws that apply in all member states.

So far, no member state has left the EU or its antecedent organisations. However, in 2016, the United Kingdom enacted the result of a membership referendum in June 2016 and is currently negotiating its withdrawal. The EU in 2016 generated a nominal gross domestic product (GDP) of 16.477 trillion US dollars. In 2012, the body was conferred with a Nobel Peace Prize. 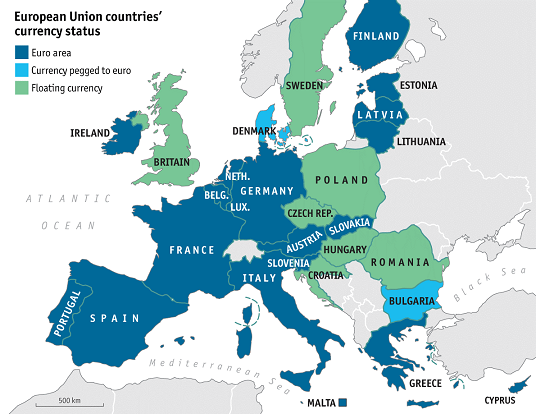 In 2017, Netanyahu criticized the European Union and Europe. In July, he called for a reset of relations between Israel and Europe. “We have to reset our relationship with the EU. I hope we can do this on better terms,” the prime minister told foreign journalists in Jerusalem. He added that he had recently discussed the tense bilateral ties with the union’s foreign policy chief, Federica Mogherini. “I said we have to figure out a way to resolve and set things on the right course,” he said. He added, “There is a natural tendency in the EU establishment to single out Israel and treat it in ways that other countries are not being dealt with, and especially other democracies. And I think it’s wrong. I think it should be corrected.”

Israel’s relationship with individual European states, “just about across the board, has been intensifying and growing as it is with other countries in the world,” Netanyahu added. However, Israel has problems with multinational organizations, like the United Nations Human Rights Council or the EU, “because bureaucracy and set patterns entrench themselves,” he said. “And then we get the absurdity of the EU in Brussels, from European soil, labeling the products of Israeli citizens, of Jews. The last time that was done on the soil of Europe was over 70 years ago.”

In December 2017, Netanyahu will be visiting the European Union. He will be the first Israeli prime minister to visit the European Union in 22 years when he heads to Brussels. Lithuania is expected to invite Netanyahu to meet with the EU’s 28 foreign ministers at an informal breakfast, prior to their monthly meeting.

The visit  “is extremely important because it is a unique occasion to meet 28 foreign ministers as well as the important actors of the EU in Brussels,” Foreign Ministry spokesman Emmanuel Nahshon said. Netanyahu will be able to “present Israel’s position with regard to the strategic challenges and issues that we face in the region,” Nahshon said. “It is a unique occasion to strengthen and enhance the ties between Israel and the EU. I think that it is going to be one of the more important diplomatic rendezvouses for Israel,” he said.

Our assessment is that the upcoming visit to Brussels is yet another indication that Netanyahu is trying to expand Israel’s influence globally. In the recent months, he has already reached out governments in Asia, Africa and Latin America. The meeting could also possibly signal a reset in relations between Israel and the EU.