The clock has been turned back in Israeli politics. Benjamin "Bibi" Netanyahu ’ has been voted back to power in the recent elections. Having completed more than a decade in his earlier tenure, he is already the longest-serving prime minister in Israel's history.

The people voted with their feet to show their disgust at the fickle nature of Israeli politics. There was a record turnout at the voting booths, the highest in seven years. In terms of Israeli politics, where coalitions are the rule rather than the exception, Netanyahu and his allies managed to secure nearly 64 seats in the 120-seat Knesset. In contrast, the rival coalition led by Yair Lapid managed to procure only 51 seats. This was a comfortable margin considering that last year, Naftali Bennet cobbled together his government with a razor-thin margin of 59-60, that too with the unprecedented support of an Arab party.

The kingmaker, in this case, was the Religious Zionism party, a close ally of Netanyahu's Likud party (32 seats), which won 11 seats. The leftist and centrist parties have been pushed to the margin by the voters, leaving the field open for the Right Wing. Clearly, the public is sending a message.

This rightist tilt is bound to have wide-ranging implications for domestic and regional politics, more than what meets the eye.

Mr Netanyahu's comeback will be as challenging as his last days in power in his previous tenure. Facing corruption prosecution, he returns with a cloud over his reputation, which his opponents will not tire of highlighting. The opposition party will continue to fan the general perception that Mr Netanyahu's return to power is essentially to protect himself from conviction.

The positive is that Mr Netanyahu is regaining the support of the Likud party, which had waned considerably when there were clouds of corruption allegations over him. Thanks to the general instability which reigned during the entire period when he was out of power, the Likud party had to fall back upon him to try its fortunes in the latest elections, a decision which appears to have proven correct. The closing of ranks with the Religious Zionism Party also seems the right decision at this point, although there might be a political cost to it in times to come. The new coalition would put in power one of Israel's most ultranationalist administrations ever.

The nation needs a robust and stable administration, and the voting trend reinforces this national desire. This is understandable for a country that has gone to the polls five times in less than four years! All previous governments needed more time in power to maintain alliances or enact any notable policies. The only claim to the success of the intervening governments of Naftali Bennet and Yair Lapid was the taming of the Palestinian Islamic Jihad in the Gaza Strip, the destruction of the extensive network of tunnels, and the signing of the historic oil and gas agreement with Lebanon.

Iran is Israel's principal adversary, and irrespective of which party is in power, Israel's Iran policy will remain unchanged. There will be periodic escalations like the ones that occurred during the terms of previous governments, especially after Israel's air strikes in Syria and Lebanon. The Israeli public is, in a way, immune to these perpetual threats from their neighbours but would be wary of putting in power a government that does not appear to be fully on top of the security situation. With experienced Prime Minister Netanyahu at the helm, at least the security challenges will be in safe hands. 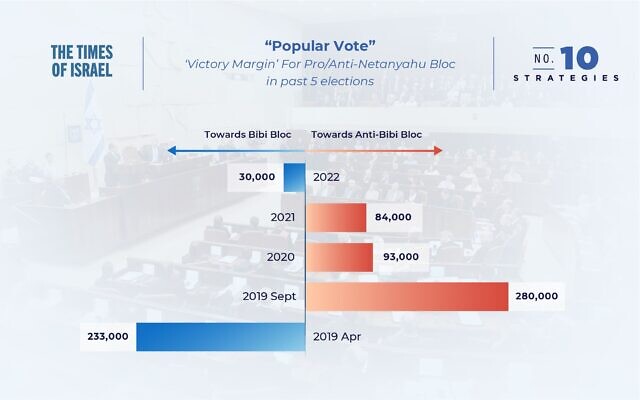 Israel-Palestine and Arab-Israel relations are the most prominent areas that see policy changes with every new government. The Israel-Palestine relations primarily deal with the government's approach towards the Palestinian population living in the West Bank and Gaza Strip. On the other hand, Arab-Israel relations mainly consist of the government's policies towards the Arabs within the country and the relationship with neighbouring Arab states.

Given Netanyahu's prior performance and current coalition partners, the government will undoubtedly take a more confrontational approach toward Israel-Palestine ties. For instance, the Religious Zionism party is primarily pro-Zionist, anti-Palestine, and anti-LGBTQ. Netanyahu must implement measures that benefit all members to prevent the coalition from dissolving. Under the Netanyahu administration, there will undoubtedly be more reprisal for any attack on Israeli entities. Armed organisations in the Gaza Strip, in particular, would be destroyed without regard for the lives of civilians if they chose to challenge Netanyahu. This could intensify cross-border attacks in Syria, which is bound to attract Iranian retaliation.

The demarcation deal with Lebanon and the secret negotiations with Saudi Arabia are two more significant policies that Netanyahu will probably keep. Despite occasional skirmishes between Palestinian militants and Israeli authorities, Israel has been able to improve relations with its neighbours. Repairing ties with an Arab state is an opportunity that cannot be passed up, not even by an ultranationalist government.

Under Netanyahu, U.S.-Israeli ties could take an intriguing turn. President Biden recently backed the two-state solution to the Israel-Palestine conflict; yet, with Netanyahu in charge, it will remain a pipe dream. Netanyahu has repeatedly disregarded U.S. counsel during his last term, causing a wedge between the countries. If Netanyahu rejects Biden's intervention in support of the Palestinian people, a similar circumstance might develop. The American-Arab lobby in the U.S. has been trying to put pressure on Israel for proper investigations into the killing of Al Jazeera reporter Shireen Abu Akleh in Jenin, but this is unlikely to create a new pressure point on U.S.- Israeli relations. There is no way Israel will convict any of its soldiers for the alleged killing by Israeli forces, whatever may be the pressure, and the U.S. is unlikely to force the issue beyond a point. Despite rough patches, the two sides will keep up their unbreakable friendship. President Biden was one of the first leaders to wish Netanyahu after he had won the elections.