Canada has filed a wide-ranging trade complaint against the United States with the World Trade Organization. The complaint challenges USA’s use of anti-dumping and anti-subsidy..

Canada has filed a wide-ranging trade complaint against the United States with the World Trade Organization. The complaint challenges USA’s use of anti-dumping and anti-subsidy duties.

According to reports, the complaint was filed on December 20th, 2017. Is the NAFTA trade deal in real danger of unravelling?

Canada and the United States have one of the world's unique relationships: two sovereign states, occupying the bulk of North America and sharing the world's longest undefended border, each reliant on the other for trade, continental security and prosperity.

Protectionism has become a defining theme for world leaders, especially US President Donald Trump. He has already pulled US out of the Trans-Pacific Partnership. He was also a vocal critic of NAFTA while campaigning. He has often spoken about the necessity of fair and reciprocal trade.

The North American Free Trade Treaty is an agreement that creates a trilateral bloc consisting of Canada, Mexico and the US. Economists globally indicate towards the analyses that the NAFTA has had a small net effect on the US, a large net effect on Mexico and a negligible or insignificant effect on Canada. In October 2017, Trump raised the possibility of entirely terminating NAFTA even as Mexico, Canada and US entered the fourth round of negotiations.

Even Canadian Prime Minister Justin Trudeau has admitted to the possibility that a deal may not be reached. He stated, “We have to be ready for anything, and we are. We're taking this very seriously. I think Canadians are aware that the American administration, and the President, makes decisions that surprise people from time to time. And that is certainly something that we are very much aware of, and very braced for, and conscious of. We know that there is a certain level of unpredictability these days."

The World Trade Organization (WTO) is an intergovernmental organization that regulates international trade. The WTO officially commenced on 1 January 1995 under the Marrakesh Agreement. The WTO deals with regulation of trade in goods, services and intellectual property between participating countries by providing a framework for negotiating trade agreements and a dispute resolution process aimed at enforcing participants' adherence to WTO agreements, which are signed by representatives of member governments. 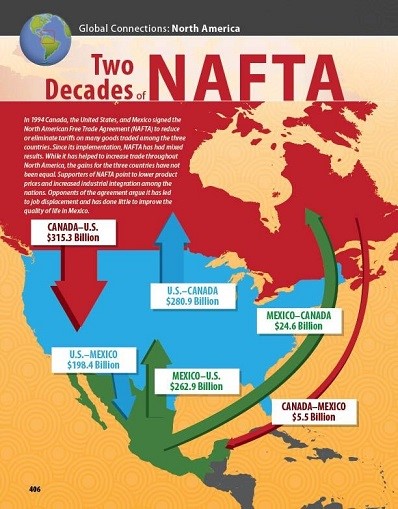 Canada has filed a wide-ranging trade complaint against the United States with the World Trade Organization. The complaint challenges USA’s use of anti-dumping and anti-subsidy duties.

The 32 page complaint has called on WTO to investigate on the use of duties in the United States. Canada has alleged that US practices currently violate international law. Canadian Foreign Minister Chrystia Freeland said the legal action was in response to the "unfair and unwarranted" U.S. duties against Canada's softwood lumber producers and part of a "broader litigation" to defend forestry jobs.

"We continue to engage our American counterparts to encourage them to come to a durable negotiated agreement on softwood lumber," Freeland said in an emailed statement.

According to Canada, United States is in violation of WTO's Anti-Dumping Agreement, the Agreement on Subsidies and Countervailing Measures, the General Agreement on Tariffs and Trade, and the Understanding on Rules and Procedures Governing the Settlement of Disputes.

U.S. Trade Representative Robert Lighthizer sharply rebuked Canada for the complaint. He said, “Even if Canada succeeded on these groundless claims, other countries would primarily benefit, not Canada. Canada’s complaint is bad for Canada. Canada’s claims are unfounded and could only lower U.S. confidence that Canada is committed to mutually beneficial trade.”

In a statement, Foreign Affairs Minister Chrystia Freeland said, “This WTO action is part of our broader litigation to defend the hundreds of thousands of good, middle class forestry jobs across our country.”

Edward Alden of the Council on Foreign Relations called it a precarious moment for NAFTA and the global trading system, both of which are under threats and criticism from Trump: “Canada has just detonated a bomb under both.”

With regards to the NAFTA. US and Canada are currently in contentious discussions especially regarding dairy, aircraft sales and lumber.

Eric Miller, president of the Rideau Potomac Strategy Group, which consults on North American trade issues, said the scope of the filing is "unprecedented". "It is global, it is over many years, it is systematic and so this is something that certainly, in the realm of WTO cases, is outside the norm in terms of its reach and its ambition," he said.

Our assessment is that Canada, which has historically been one of the closest allies for the US, has essentially taken a drastic step that will not only affect NAFTA but also global trade. This is an indicator that negotiations are not going well and could result with the end of NAFTA. The ties between US and Canada have been tense in the recent months. The Trump White House has upset Canada by slapping punitive tariffs on Canadian softwood lumber exports.