Zimbabwe President Robert Mugabe, who has reportedly been placed under house arrest by the powerful military, is resisting calls to step down. Robert Gabriel Mugabe..

Zimbabwe President Robert Mugabe, who has reportedly been placed under house arrest by the powerful military, is resisting calls to step down.

In 2002, Commonwealth suspended Zimbabwe after disputed presidential election. In 2008, Morgan Tsvangirai beats Mugabe in the subsequent Presidential election. However, due to violence towards and him and his supporters, he was forced to withdraw. Lack of healthcare is another endemic issue in Zimbabwe. Many hospitals in the country are said to lack even the basic necessities. US and EU have imposed sanctions on the country over perceived violation of human rights.

According to some estimates, Robert Mugabe has about £1bn-worth of assets, much of it invested outside Zimbabwe. A 2001 US diplomatic cable, later released by the whistle-blowing organisation WikiLeaks, quoted this figure, and said that while reliable information was difficult to find, there were rumours that his assets “include everything from secret accounts in Switzerland, the Channel Islands and the Bahamas to castles in Scotland”. 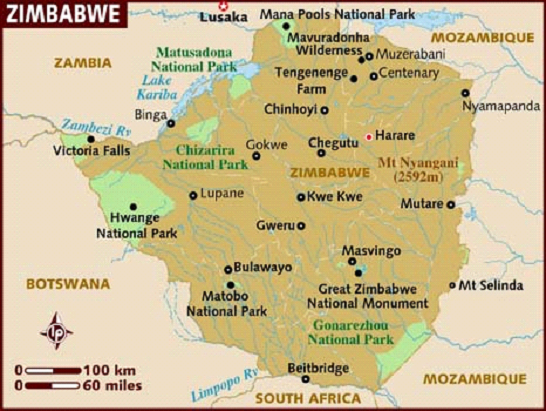 Former Vice President of Zimbabwe, Emmerson Mnangagwa, has alleged that President Robert Mugabe, has threatened his life. Mnangagwa, who was sacked by the President in November 2017, has fled to South Africa.

A political crisis has unfolded in the region since then. Army commander Constantino Chiwenga said on that the military would act if purges against former war liberation fighters did not cease. In addition, soldiers took over the headquarters of the state broadcaster ZBC and blocked access to government offices. However, the army has insisted that this wasn’t a coup to replace Mugabe from power.

Zimbabwe’s military has put President Robert Mugabe under house arrest after a night of uncertainty and conflicting reports. South African President Jacob Zuma has confirmed Mugabe’s confinement. The South African leader has reportedly spoken with Mugabe on the phone.

The military has stated that it is not trying to orchestrate a coup against Mugabe and that it is in touch with the President. However, according to media reports, the President is resisting growing calls to step down from his position. In a televised statement, the military said it would advise the nation on the outcome of talks with Mugabe "as soon as possible". Mugabe's wife, Grace Mugabe, however, has not been seen since the apparent coup. In addition, even though Mnangagwahas strong support within the military but has not been seen since the military takeover.

The opposition Movement for Democratic Change (MDC-T) is also calling for Mugabe to step down. Morgan Tsvangirai, the leader of the party said, “"I think it would appear that he's lost all power. The military said it's not a coup. Not a military takeover. What I can say is that it's unconstitutional. (However) you want to describe it, it's unconstitutional because you can't force a change of government by any means other than through the ballot box." Within Zimbabwean political circles, the powerful War Veterans' Association, a longtime Mugabe ally, is planning to hold a rally supporting Mnangagwa.

Our assessment is that Mugabe’s political allies are leaving him in favor of other political leaders like Mnangagwa. In addition, media reports have suggested that citizens in the country are in favor of the military takeover and are also calling on the President to step down. There has also been a backlash against his wife, Grace Mugabe who is known for her lavish lifestyle. It is likely that Mugabe would not have a choice but to leave the Presidency.