Mugabe stripped from WHO

The World Health Organization has rescinded its the appointment of Zimbabwe's President Robert Mugabe as a goodwill ambassador. He had been in the position for just around..

The World Health Organization has rescinded its the appointment of Zimbabwe's President Robert Mugabe as a goodwill ambassador. He had been in the position for just around a week’s time.

There was widespread outcry following his appointment.

His family has also been accused of leading a lavish lifestyle and are allegedly complicit in corruption. 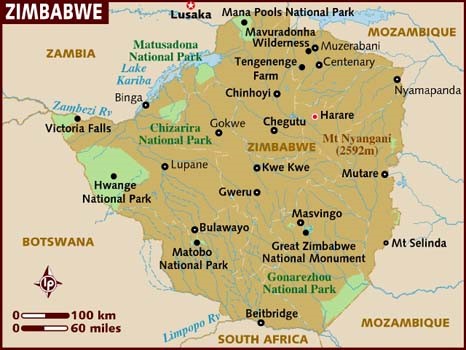 In October 2017, Robert Mugabe was appointed as a goodwill ambassador of the World Health Organization (WHO). The organization had roped him in to help tackle non-communicable diseases has attracted a chorus of criticism.

However, the appointment was immediately condemned by human rights organizations as well as members of various governments. "The government of Robert Mugabe has brutalized human rights activists, crushed democracy dissidents and turned the breadbasket of Africa -- and its health system -- into a basket case," said Hillel Neuer, executive director of UN Watch, which monitors the performance of world body.

A spokesperson for the British government noted, “Although Mugabe will not have an executive role, his appointment risks overshadowing the work undertaken globally by the WHO on non-communicable diseases."

WHO head Tedros Adhanom Ghebreyesus has since announced that the body has rescinded its appointment. Adhanom said that the body had to heed the concerns that were being expressed internationally. He noted, “Over the last few days, I have reflected on my appointment of H.E. President Robert Mugabe as WHO Goodwill Ambassador for Noncommunicable Diseases in Africa. As a result I have decided to rescind the appointment. I have listened carefully to all who have expressed their concerns, and heard the different issues that they have raised. I have also consulted with the Government of Zimbabwe and we have concluded that this decision is in the best interests of the World Health Organization.”

Goodwill ambassadors for WHO are public figures appointed to two-year terms by the director-general.

Mugabe has himself not commented publicly on the development. The nation’s Minister of Foreign Affairs Walter Mzembi said that although Zimbabwe respected the WHO's decision, "the global body is the biggest loser". He said, "The inordinate noise around the designation of the President [Mugabe] as WHO Global Ambassador for Africa does not assist the cause in the first place. If anything it is WHO that has benefited tremendously from its decision in nominating  President Mugabe to lead the fight against NCDs through media  amplification of WHO itself, and curiosity by the general public on what really are NCDs, by tagging the name Mugabe to the debate. On a name recognition scale, this name beats them all, but it is our business to protect its brand equity from unnecessary besmirching.”

Our assessment is that this is a deeply embarrassing political development for Mugabe. It isn’t often that leaders of nations are publicly rebuked. It demonstrates that eventually the past will catch up. Mugabe, a revolutionary leader, is now linked to his nation’s failure. Global leaders are now being held to higher accountability. This fall from grace is similar to what happened to previous leaders such as Richard Nixon, Hosni Mubarak, the former Egyptian leader and France’s Dominique Strauss-Kahn.