Washington Post has revealed that Robert Mueller’s team has expressed interest in directly speaking with the US President. The report was later confirmed by the Associated Press. Will the US..

Washington Post has revealed that Robert Mueller’s team has expressed interest in directly speaking with the US President.  The report was later confirmed by the Associated Press.

Will the US President be investigated over charges of obstruction of justice?

Additionally, in March 2017, then-FBI director, James Comey noted that the agency was also investigating the possible links between Russian government and Trump campaign aides. A lot of the controversy has centred on the appointment of General Michael Flynn as the National Security Adviser. The then Acting Deputy Attorney General Sally Yates (who was also incidentally fired by Mr. Trump), warned the White House that Flynn was likely “compromised” and could be a target for blackmail by the Russians. Additionally, it also came into light that he may have misled the Vice President, Mike Pence, of the nature of his conversation with the Russian Ambassador, Sergey Kislyak.

Fired FBI director, James Comey, during his testimony in front of the Senate Intelligence Committee confirmed that Trump during his meetings with Comey had expressed “hope” that the FBI would drop its investigations against Flynn.  Many lawmakers in the country immediately decried and said that this showed that the White House tried to influence an ongoing investigation and tried to obstruct the course of justice. 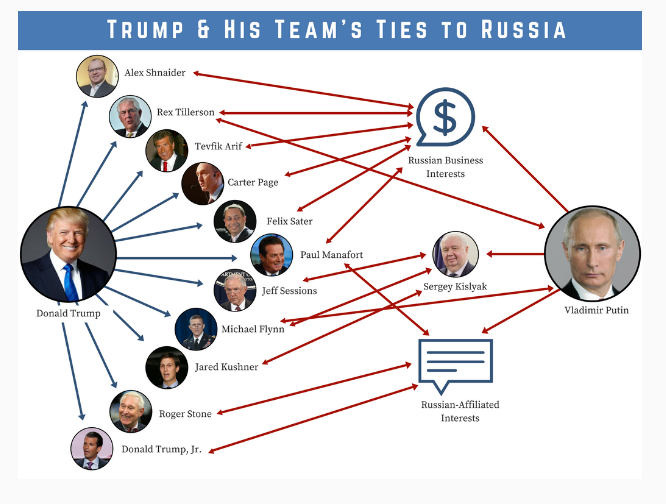 In the past few months, the special counsel has brought charges against multiple people within the Trump campaign. Former Chairmen of the Trump presidential campaign, Paul Manafort and his former business associate Rick Gates have been indicted on 12 counts including conspiracy against the United States, conspiracy to launder money, false statements. Manafort is now suing the Department of Justice in an attempt to foil the inquiry.

A report by Washington Post has revealed that Robert Mueller’s team has expressed interest in directly speaking with the US President.  The report was later confirmed by the Associated Press. So far details over this meeting are sparse and the source quoted by Associated Press noted that a date has not been set for this meeting. "This is moving faster than anyone really realises," the newspaper quotes a person within the president's circle, who spoke on condition of anonymity.

This won’t be the first high profile meeting conducted by the investigators. In November 2017, the team briefly interviewed the President’s son-in-law and White House Senior Advisor, Jared Kushner. In December 2017, it became clear that Flynn was cooperating with the investigating team.

NBC and the Washington Post have both reported that the President’s lawyers are reluctant to let him participate in an open-ended interview and would prefer to answer questions through a written statement.

President Trump's legal team did not confirm the reports, but told both media outlets: "The White House is continuing its full co-operation with the OSC [Office of Special Counsel Robert Mueller] in order to facilitate the earliest possible resolution."

Our assessment is that Flynn’s cooperation with the investigators should be a source of concern for Trump’s legal team. This investigation has the potential to not only tarnish the White House administration’s credibility but could even end the Presidency if it proves that Trump has wilfully obstructed justice.