A federal grand jury has approved the first charges in the investigation led by special counsel Robert Mueller, according to multiple reports. There is an ongoing investigation..

A federal grand jury has approved the first charges in the investigation led by special counsel Robert Mueller, according to multiple reports.

There is an ongoing investigation over alleged Russian meddling into the 2016 President election.

US intelligence agencies believe that Russia had interfered in the US presidential elections. In May 2017, the Department of Justice (DoJ) appointed Robert Mueller as a special counsel to oversee the investigation into the Russian interference and related matters. He is also investigating whether members of the Trump campaign colluded with Russia during the elections.

Mueller is the former Director of the FBI, who served in that position from 2001 to 2013. Ever since he was appointed, he has kept a low profile from the media and assembled a team of top lawyers and investigators. So far, there are 16 lawyers in the team including former a DoJ official, Greg Andes.

In the United States, a grand jury is set up to consider whether or not there is evidence to bring forth criminal charges in a case. The grand jury is comprised of ordinary citizens who examine evidence put forth by a prosecutor. The jury however, cannot decide on whether the defendant is innocent or guilty. Matters related to grand juries are typically handled behind closed doors and are secretive in nature. In August 2017, reports revealed that Robert Mueller, had impaneled a grand jury as part of his investigations.

Some of the key players within the Trump campaign who have been scrutinized are – Paul Manafort, the former Chairman of Trump Presidential campaign, Donald Trump Jr, Jared Kushner, Senior Advisor to the White House and General Flynn the former National Security Advisor.

The FBI conducted a raid on Paul Manafort’s home in July. During the pre-dawn raid, the FBI reportedly seized documents related to the investigation. Manafort currently under investigation for allegedly violating the country’s tax laws as well as for money laundering. He’s also under scrutiny for violations in the disclosures of foreign lobbying.

For a detailed overview of a meeting Donald Trump Jr attended with a Russian lawyer, click here. 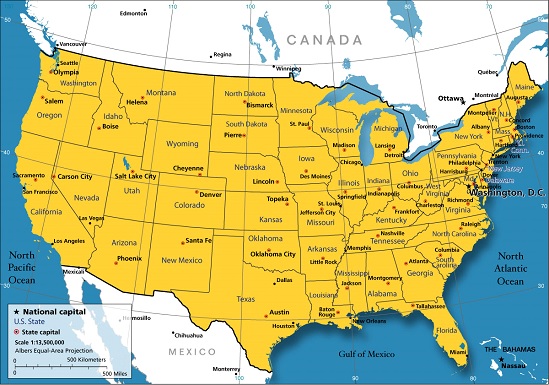 In August 2017 it was reported that Mueller’s team has also been working with New York Attorney General Eric Schneiderman on its investigation into Paul Manafort and his financial transactions. Experts note that this could because Trump does not have the power to pardon state crimes. For an overview on Manafort’s raid, click here.

On October 27th, 2017, multiple news outlets such as CNN, Reuters and the Wall Street Journal confirmed that a federal grand jury had approved the first charges in the investigation. The charges are still sealed under orders from a federal judge and it is unclear against whom the charges have been filed. There is also lack of clarity on what the charges are. The reports have stated that at least one person will be charged on Monday (October 30th, 2017) and will be taken into custody.

In other to further the investigation, Mueller’s team conducted extensive interviews with former White House chief of staff Reince Priebus, former spokesman Sean Spicer and many other White House officials, both current and former. Sources privy to the investigation have noted that Mueller has taken a broad authority to investigate links.

Mueller has declined to comment on these reports and the White House has not issued any statements. In the recent days, US President Donald Trump has repeatedly Tweeted that the investigation would be drawing to an end. He noted, “'It is now commonly agreed, after many months of COSTLY looking, that there was NO collusion between Russia and Trump. Was collusion with HC!”

Congressman Jim Himes of Connecticut has said that it may not be possible to get all the information about a possible collusion. He noted, “It’s quite possible that six months from now, there will be unanswered questions that we can’t answer because the people we would need to answer those questions are in Russia. The probability that we’re going to produce a report that buttons down every question is pretty low.”

Our assessment is that Mueller's investigation could end up ending Trump's presidency. Special counsels can issue subpoenas ordering people to turn over relevant evidence. Refusing to comply with a subpoenas is akin to lying. We feel that there are two types of crime that the Mueller team may uncover. The first is crimes directly related to the election - if the Trump team did engaged in a criminal conspiracy to hack Hillary Clintons email (stealing document is illegal) or violated campaign finance laws by soliciting help from a foreign source. The second is a crime committed during investigation - witness intimidation, perjury, obstruction of justice etc. If the Mueller's team find compelling evidence, then he has the power to convene a federal grand ury and seek a criminal indictment. If the grand jury signs off, the person is arrested and charged. We feel that the risk of an indictment is high on Donald Trump Jr.