A bomb blast in Mogadishu, Somalia has left at least 18 dead. The blast took place outside a popular hotel in the city. This is the second major terror attack that has taken..

A bomb blast in Mogadishu, Somalia has left at least 18 dead. The blast took place outside a popular hotel in the city. This is the second major terror attack that has taken place in the embattled city in the past few weeks.

A turbulent nation, Somalia has been plagued by anarchy since 1991, when Mohamad Siad Barre’s military regime was overthrown, and the country fell to warring clans. UN peacekeeping missions failed through the 1990s. The tentative government formed in 2000 ended when the two regions of Somaliland and Puntland broke away. Through the 2000s, the country struggled to fight against infiltrating militia that were loyal to the Islamist Courts, and later jihadist groups. In 2012, a formal parliament backed by the international community was finally established.

Despite internal conflict, the most disastrous incidents in Somalia are quite possibly the droughts it has suffered for the past 25 years, and the famines that result. The most recent of these was in 2016-2017, when rains failed for three successive seasons. Last January, the nation declared drought to be a national emergency, and managed to avert famine after a coordinated effort of the local government and international aid agencies through the 2017 Humanitarian Response Plan.

One of the worst terror attacks in Mogadishu took place in 2017. On 14 October 2017, a massive blast caused by a truck bombing killed at least 512 people and injured 316. Another 62 people remain missing to this day. The truck was detonated after it was stopped; the actual target of the attack is believed to have been a secure compound housing international agencies and troops. Though no organization claimed responsibility, officials stated that a key member of the cell that carried it out told them Al-Shabaab was responsible. 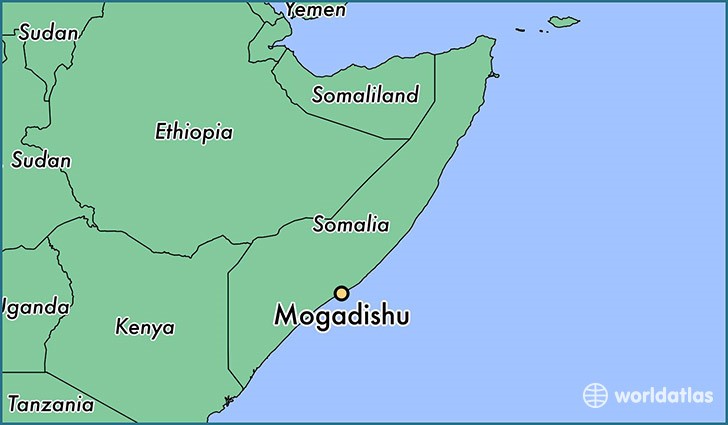 On February 23rd, 2018 two cars exploded in Mogadishu. The twin car bombings were then followed by sustained gunfire near the president’s residence. Authorities have stated that at least 38 people died as a result and 20 others were injured. Most of those who were killed were civilians.

Now, in this most recent car bomb blast, authorities have stated that at least 14 people have been killed. The attack took place outside a popular hotel called Weheliye. “There was a heavy blast here and the number of casualties we have is so far 14 killed and a number of others wounded,” said Abdiazis Ali Ibrahim, a security ministry spokesman. “The toll could be higher,” he added.

"Most of the casualties are ... people who were spending time to take tea, there was devastation and buildings were damaged," Mohamednur Abdirahman told AFP News Agency. "The blast was so huge, a vehicle containing explosives went off near a teashop in front of Weheliye hotel, leaving more than 10 people dead. I saw people being rushed to hospital and some of them were already dead," another witness, Abdulahi Moalim, told AFP.

The Al-Qaeda aligned Shabaab group has already claimed responsibility for the attack. This is not the first time the hotel has been attacked by the group. The Weheliye hotel was previously ambushed by Shabaab gunmen in 2015.

Somalia is a country in crisis. It is estimated that displacement due to conflict and drought in 2017 was higher than it’s ever been, and that food security needs have nearly doubled from the five-year average. Humanitarian Coordinator for Somalia, Peter de Clercq, stated “much must be done to eliminate the looming threat of famine in this country.” An estimated 1.2 million children will be malnourished in 2018, a fifth of them life-threateningly so.

Our assessment is that Al-Shabaab continues to be the biggest threat to life and security in Mogadishu and other parts of Somalia. The group has increased its terror attacks on the capital city of Mogadishu in the recent months and has also extorted huge sums of funds from struggling communities across Somalia. An African Union Mission to Somalia (known as AMISOL) had earlier announced that it would be withdrawing its last troops by 2020. It remains to be seen if increased violence in the region would change the course that has already been set.