At least 27 people have died and many more injured after twin car bombings and gunfire took place in Mogadishu, the capital of Somalia. A turbulent nation, Somalia has been..

At least 27 people have died and many more injured after twin car bombings and gunfire took place in Mogadishu, the capital of Somalia.

A turbulent nation, Somalia has been plagued by anarchy since 1991 when Mohamad Siad Barre’s military regime was overthrown, and the country fell to warring clans. UN peacekeeping missions failed through the 1990s. The tentative government formed in 2000 ended when the two regions of Somaliland and Puntland broke away. Through the 2000s, the country struggled to fight against infiltrating militia loyal to the Islamist Courts, and later jihadist groups. In 2012, a formal parliament backed by the international community was finally established.

Despite internal conflict, the most disastrous incidents in Somalia are quite possibly the droughts it has suffered for the past 25 years, and the famines that result. The most recent of these was in 2016-2017, when rains failed for three successive seasons. Last January, the nation declared drought to be a national emergency, and managed to avert famine after a coordinated effort of the local government and international aid agencies through the 2017 Humanitarian Response Plan.

It is estimated that displacement due to conflict and drought in 2017 was higher than it’s ever been, and that food security needs have nearly doubled from the five-year average. Humanitarian Coordinator for Somalia, Peter de Clercq, stated “much must be done to eliminate the looming threat of famine in this country.” An estimated 1.2 million children will be malnourished in 2018, a fifth of them life-threateningly so.

One of the worst terror attacks in Mogadishu took place in 2017. On 14 October 2017, a massive blast caused by a truck bombing killed at least 512 people and injured 316. Another 62 people remain missing to this day. The truck was detonated after it was stopped; the actual target of the attack is believed to have been a secure compound housing international agencies and troops. Though no organization claimed responsibility, officials stated that a key member of the cell that carried it out told them Al-Shabaab was responsible. 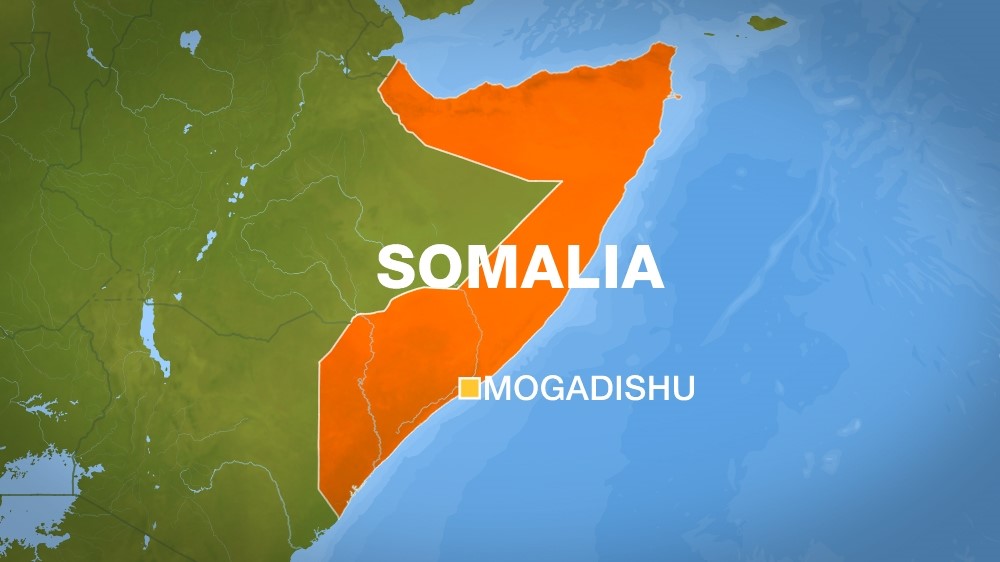 On February 23rd, two cars exploded in Mogadishu. The twin car bombings were then followed by sustained gunfire near the President’s residence. Authorities have stated that at least 27 people have died as a result and 20 others have been injured. Most of those who were killed were civilians.

"As far as we know, there has been one blast beside the presidential palace, and another close to a popular hotel," Major Mohamed Ahmed, a police officer, told local media. "We heard two big explosions, and gunfire is still echoing in two different directions of the city," Mogadishu resident Nur Abdulle told VOA. “The militants got off when they neared the palace, the suicide car bomb exploded outside the palace where there were many military soldiers who guarded the street adjacent to the palace,” Major Omar Abdullahi told Reuters.

The terror group Al-Shabaab have since claimed responsibility for the attack. They are a Jihadist group based in East Africa and have pledged their allegiance to Al Qaeda in 2012, and are linked to multiple terror activities including the 2017 truck bombing that left over 500 dead. The city of Mogadishu is often the target for Al-Shabaab. In December, an Al-Shabaab member blew himself up and killed 18 police officers as a direct result. Only a day before the attack took place, the government had signalled a terror warning across the city.

Our assessment is that Al-Shabaab continues to be the biggest threat to life and security in Mogadishu and other parts of Somalia. Apart from bombings, the group has also been accused of extorting huge sums of money from starving communities across the embattled country. Reports suggest that the group is also carrying out systematic human rights abuses that are comparable to what the Islamic State is doing in the Middle East.