US State Secretary Rex Tillerson has expressed that he has little hope for a quick resolution in the Gulf impasse. Tillerson has also seemingly blamed the Saudi Arabia-led..

US State Secretary Rex Tillerson has expressed that he has little hope for a quick resolution in the Gulf impasse. Tillerson has also seemingly blamed the Saudi Arabia-led bloc for the lack of resolution between the GCC nations locked in diplomatic conflict.

Tillerson is set to visit Qatar and Middle East in a bid to broker a dialogue between the two factions.

In June 2017, a Saudi Arabia-led bloc of nations in Gulf cut all diplomatic ties with Qatar. Qatar has remained isolated with the blockage of its air, sea, and land links. Saudi Arabia, UAE, Bahrain, and Egypt alleged that Qatar sponsored terrorism in the region – a charge that Qatar has denied.

A stalemate has now existed in West Asia between a bloc led by Saudi Arabia and Qatar. The Saudi Arabian bloc of nations have released six principles for Qatar to abide by for the impasse to end. However, Qatar ignored these principles and instead filed a wide-ranging legal complaint at the World Trade Organization to challenge the trade boycott. The nation is seeking remuneration. Currently Kuwait has taken the responsibility of mediating the efforts seeking dialogue between the nations.

In July 2017, US Secretary of State, Rex Tillerson, embarked on a four-day tour to the Gulf region. He held talks in Kuwait with the objective of resolving the crisis. He also visited with leaders of Saudi Arabia and Qatar. In Qatar, he brokered an MoU between US and Qatar in which both nations agreed to fight terrorism together.

However, the stalemate has continued with neither party willing to concede first. Qatar burned through $38.5 billion of its vast financial reserves in June and July in order to prevent a total economic meltdown.

Trump has been enigmatic about the crisis so far. Even though his administration has worked with Qatar and the Saudi-bloc to bring about a resolution, he has Tweeted his support for the ban in the past. Soon after the blockade was initiated, he took to Twitter to note, “During my recent trip to the Middle East I stated that there can no longer be funding of Radical Ideology. Leaders pointed to Qatar — look!”. However, in the recent months he has called for a resolution and has even offered to mediate the talks. 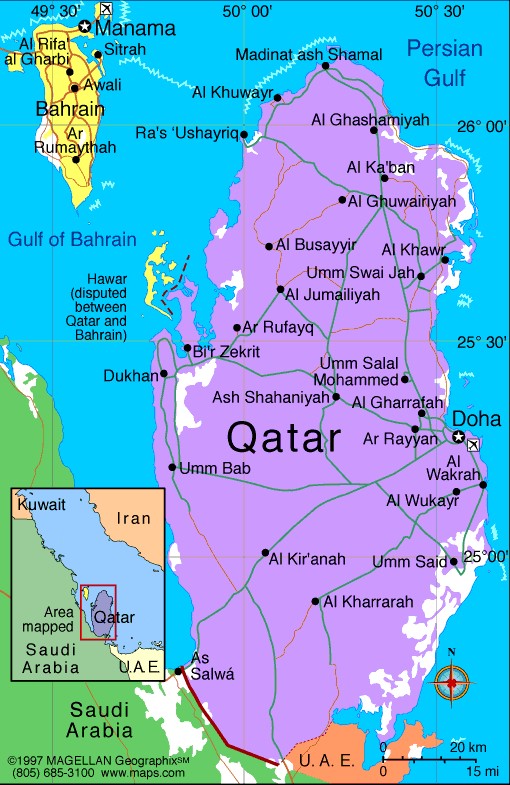 US Secretary of State, Rex Tillerson is once again preparing to visit the region in hopes of mediating a resolution. However, he has expressed that he is no longer optimistic about a swift resolution. In an interview with Bloomberg he stated, “I do not have a lot of expectations for it being resolved anytime soon. There seems to be a real unwillingness on the part of some of the parties to want to engage."

Tillerson markedly took shots at the Saudi-led bloc over its refusal to engage with Qatar. He said, “It's up to the leadership of the quartet when they want to engage with Qatar because Qatar has been very clear - they're ready to engage. Our role is to try to ensure lines of communication are as open as we can help them be, that messages not be misunderstood.”

Tillerson has made it clear that while America will do everything within its capacity to broker a resolution, ultimately the power for real change was in the hands of the Saudi Arabian bloc. He stated, “We're ready to play any role we can to bring them together, but at this point, it really is now up to the leadership of those countries."

The US State Department said in a statement, “The Secretary will also meet with various Saudi leaders to discuss the conflict in Yemen, the ongoing Gulf dispute, Iran, and a number of other important regional and bilateral issues.” After his visit to the Middle East, he will head to Pakistan, India and Switzerland before returning to the States.

In October 2017, Qatari Emir Sheikh Tamim bin Hamad Al Thani reiterated he is "open to dialogue" in resolving the dispute. He said that the blockade imposed on Qatar was an "unjust siege". He added, “We conveyed … that Qatar is ready to conduct a dialogue to solve the problem as we already know that no one will win.”

Our assessment is that Tillerson’s statements indicate a shift in tone from Washington. The nation is no longer optimistic about moderating a swift resolution. Additionally, Tillerson is perhaps cautious about his remit as US President Donald Trump has undercut his statements in the past. As we have predicted earlier, the Saudis had pushed Qataris to a point that gave the later no room to negotiate. We believe that it was poor diplomacy on the part of the Saudis and the Emiratis of trying to encircle the Qataris without fully understanding the geo-politics of the region. The Saudis never expected that Turkey, a majority Sunni country and Iran, a majority Shia country would support the Qataris and even send their troops to prevent a regime change. This was the game changer.