Malaysia Cancels Chinese projects worth $22B

PM Mahathir Mohammad had earlier warned of a “new colonialism” during his recent visit to China, and in an attempt to undo the deals of his corrupt predecessor, has cancelled 22 USD billion worth of projects. Malaysia is a federal constitutional monarchy located in Southeast Asia. It consists...

PM Mahathir Mohammad had earlier warned of a “new colonialism” during his recent visit to China, and in an attempt to undo the deals of his corrupt predecessor, has cancelled 22 USD billion worth of projects.

The nation boasts one of south-east Asia's most vibrant economies, the fruit of decades of industrial growth and political stability. Despite government policies to increase income per capita in order to hasten the progress towards high-income country by 2020, Malaysian citizens have on average an affluent lifestyle. The country has benefitted from its robust growth in manufacturing. Its economy has also grown due to the nation being a major tourist destination. 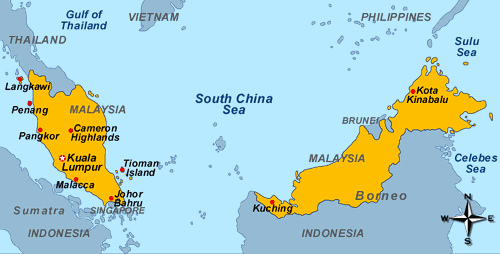 Read more about our in-depth analysis of PM Mahathir Mohamad’s statement of “new colonialism” during his recent visit to China here.

Malaysian Prime Minister Mahathir Mohamad announced Tuesday he will shelve two major infrastructure projects by Chinese companies for being too expensive for his debt-ridden country.

The rejection of the projects, part of China’s signature Belt and Road Initiative (BRI), was in stark contrast to the prime minister’s cozy dinner with Chinese President Xi Jinping the day before, when they said they were “optimistic” about their shared future and promised to “enhance mutual political trust.”

“I believe China itself does not want to see Malaysia become a bankrupt country,” he said. “China understands our problem and agreed.”

PM Mohamad’s fear of mounting debt is grounded in economic reality. A message hidden in plain sight was the subtle reference to China’s increasing political and economic clout in South East Asia, by means of well-coordinated investment agreements.

China’s net FDI outflows have risen at an astonishing rate over the past decade. The BRI is a conduit to connect a large network of infrastructure and connectivity projects, some of which are already under construction. Malaysia is a beneficiary of several seas and land-based connectivity projects. However, as with the agreements under the BRI, funding for these projects is secured from China by means of a loan. The loan is either from one of the two largest National Banks in China or from the Silk Road Fund. Chinese companies are spearheading the development of these projects with domestic companies playing a minor part. Therefore, Malaysia is correct in speculating the huge debt burden it will inherit once the projects are completed.

The announcement comes on the heels of his recent state visit to China, and the ominous statement he made warning against a “new form of colonialism”. PM Mohamad has successfully hit two targets with one stone as now he has effectively erased the tainted deals made under PM Najib Razak’s maligned administration while avoiding a potentially crushing debt obligation.

Our assessment is that Malaysia needs robust foreign investment to counter the near free fall of the ringgit in the past few months. After cancelling the $22bn in rail and pipeline deals from China, Malaysia needs a reliable, and cooperative development partner. We feel that Malaysia maybe the perfect testing ground for the US-led BRI counter program, which is funded by Japan and Australia as well. Strategic location as well as countering the BRI in China’s littoral neighbourhood will provide crucial domestic support for the Malaysian government.